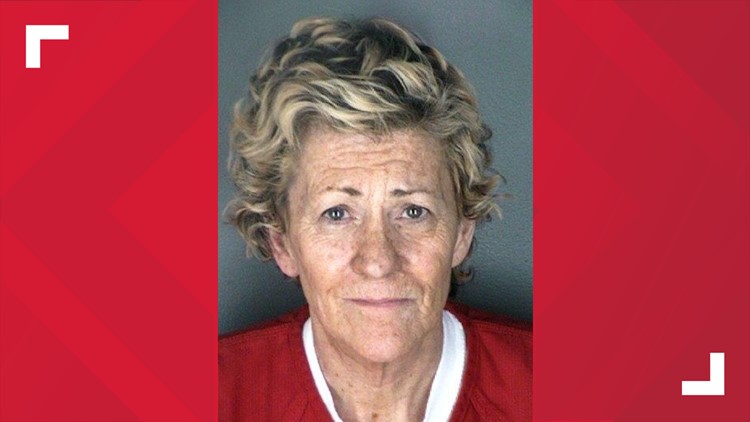 LONGMONT, Colo. — A Longmont woman was arrested early this morning after she went to her upstairs neighbor's door and began yelling and then shot a crossbow at the woman who answered the door, according to an arrest affidavit from the Longmont Police Department (LPD).

Katherine Cherry, 60, was arrested on charges of first-degree assault and menacing.

The victim told police that she's lived above Cherry for about a year and told them she "was having issues with her," the affidavit says.

Around 1:30 a.m. Friday morning, according to the document, Cherry came to the door of the victim's apartment and "began to knock on the door," and she also "was yelling about how she wants her son back." She was also yelling about someone named "Russell," the affidavit says. The victim said she did not interact with Cherry, but got up and clearly saw it was her through the peephole in her door.

A witness in the victim's apartment said he could hear yelling and said when he came out of the bathroom, "he saw an arrow fly across the hallway," according to the affidavit.

As officers attempted to contact Cherry at her apartment, she called 911, the affidavit says. Cherry said she "was sleeping" and "heard a noise outside and thought to call," according to the affidavit.

Cherry eventually exited the apartment and was taken into custody, the affidavit says. After being read her rights, she stated, "she believed 'Russell' was up in the unit above her," but never mentioned going up there, the document states.