DPD released a sketch of the man who was wearing a black police-style jacket and what appeared to be a bullet-proof vest. 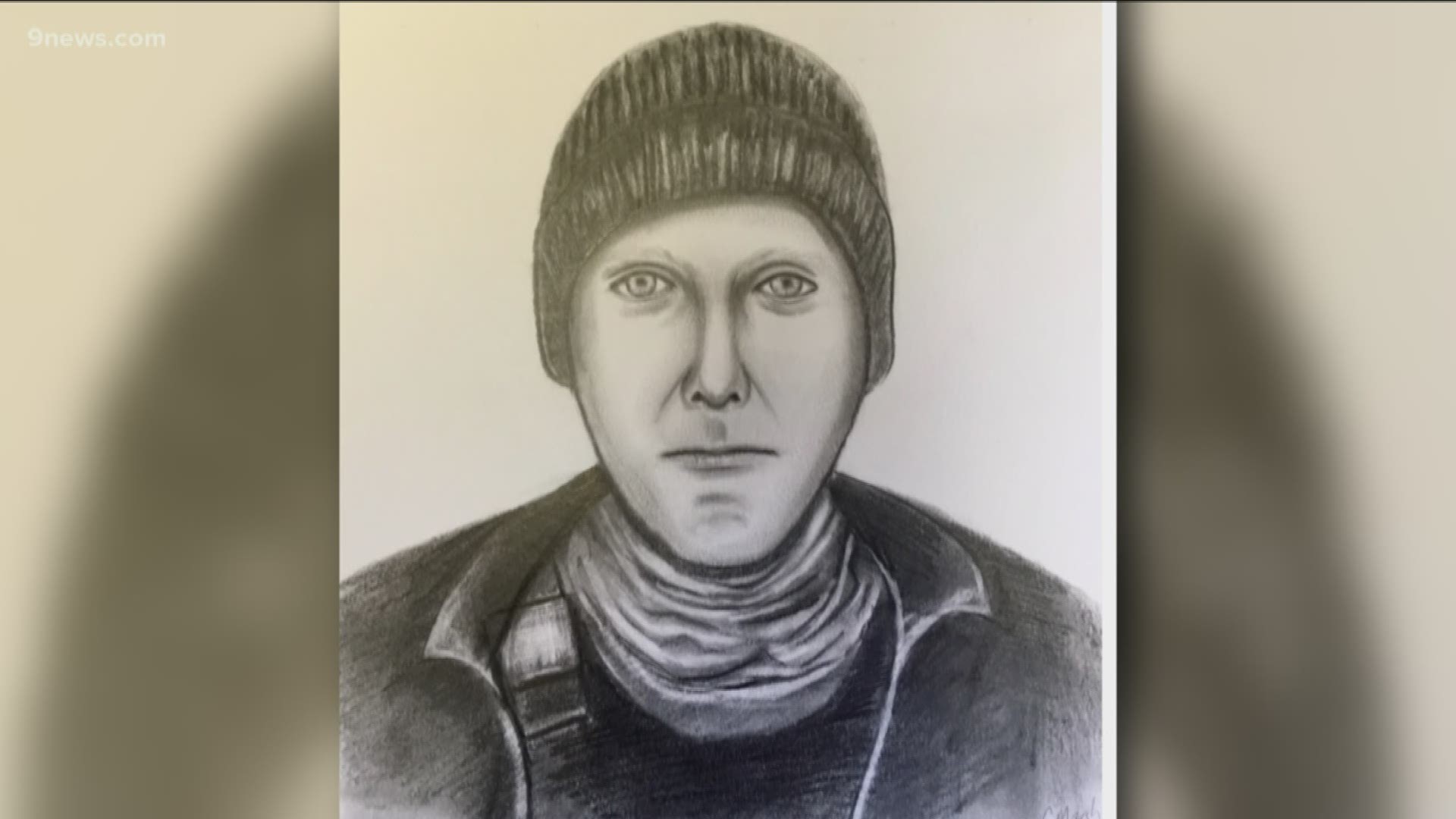 DENVER — Denver police are asking for help finding a man who kidnapped a woman while pretending to be a police officer, according to a bulletin from Metro Denver Crime Stoppers.

The woman was brushing the snow off her vehicle in the 300 block of North Clayton Street on the evening of Oct. 29 when she was approached by the suspect, the bulletin says.

The suspect identified himself as a police officer, pointed a gun at her, and ordered her into the vehicle. He then ordered her to drive, but she managed to escape in the area of East 9th Avenue and North Colorado Boulevard, according to police. She was not physically injured.

The suspect is described as a white man, about 5 feet 10 inches tall, and wearing blue track or warm-up pants, a black police-style jacket, a black knit beanie, and what appeared to be a bulletproof vest under the jacket with a radio attached.

Anyone with information about the case is asked to call Crime Stoppers at 720-913-7867. Tipsters can remain anonymous and may earn a reward of up to $2,000.