The sheriff's office along with state and federal investigators held a press conference on Feb. 7. Since then, there hasn't been a formal update on the investigation. 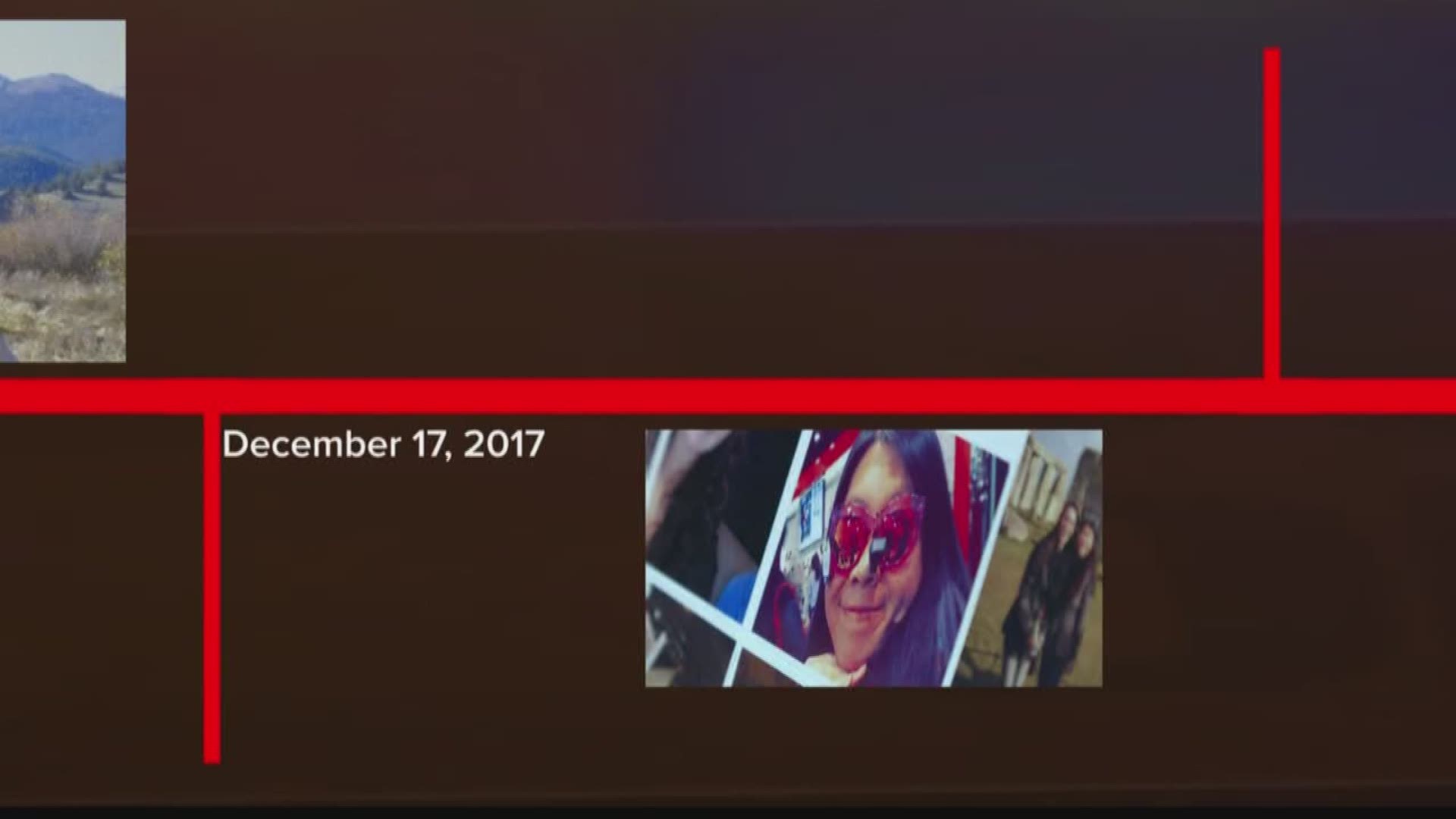 KUSA – It’s been more than four months since 17-year-old Maggie Long was killed and no suspects have been named in the case the Park County Sheriff’s Office has called its number one priority.

On Dec. 1, 2017, Maggie Long had plans to attend an evening concert at Platte Canyon High School. She left school and did not return. Her car was found at her family’s home off County Road 43. The home had been set on fire, and the Park County Sheriff’s Office said it was clear there had been a burglary.

The sheriff’s office along with state and federal investigators held a press conference on Feb. 7. Since then, there hasn’t been a formal update on the investigation.

Below is a timeline of events in the case.

Dec. 2, 2017 – The Park County Sheriff’s Office posts on Facebook saying, “there are no search parties being organized.”

Dec. 3, 2017 – The Park County Sheriff’s Office tells 9NEWS they did not find a body in the home. The sheriff’s office posts on Facebook saying, “We are sorry we are unable to reveal more information at this time…We do not believe there is any risk to the public.”

Dec. 9, 2017 – A friend of the Long family shares a message from the family on Facebook.

Dec. 17, 2017 – It would have been Maggie’s 18th birthday. Hundreds turn out for a Celebration of Life ceremony held at Fitzsimmons Middle School.

Feb. 7, 2018 – Park County Sheriff Fred Wegener along with state and federal investigators hold the first press conference on the Maggie Long case. They announce a reward increase from $15,000 to $20,000. They show photographs of a green safe, a Beretta 9mm handgun, an AK-47-style rifle and jade figurines that were taken from the Long’s home the day Maggie was killed.

“What you need to know is that this investigation is the top priority for the sheriff’s office,” Wegener said during the press conference.

Can't see the video above? Click or tap here

Wegener insists the public is not in danger.

“We are very confident that we – that there is no threat out there right now to anybody else,” he said.

Wegener says Maggie’s body was found in the home on Dec. 1. He can’t explain to reporters why they were told otherwise on Dec. 3.

“We made our comment, so you know, we’ll live with that,” he said.

Feb. 21, 2018 – The Park County Sheriff’s Office responds to a 9NEWS records request for employee time sheets. The records show sheriff’s office employees worked a total of 1,867 hours on the case during the first 79 days of the investigation.

April 4, 2018 – The Park County Coroner’s Office tells 9NEWS it will not release the completed autopsy report for Maggie Long at the request of the district attorney.