The Bennett family murders is a case that goes back more than three decades. 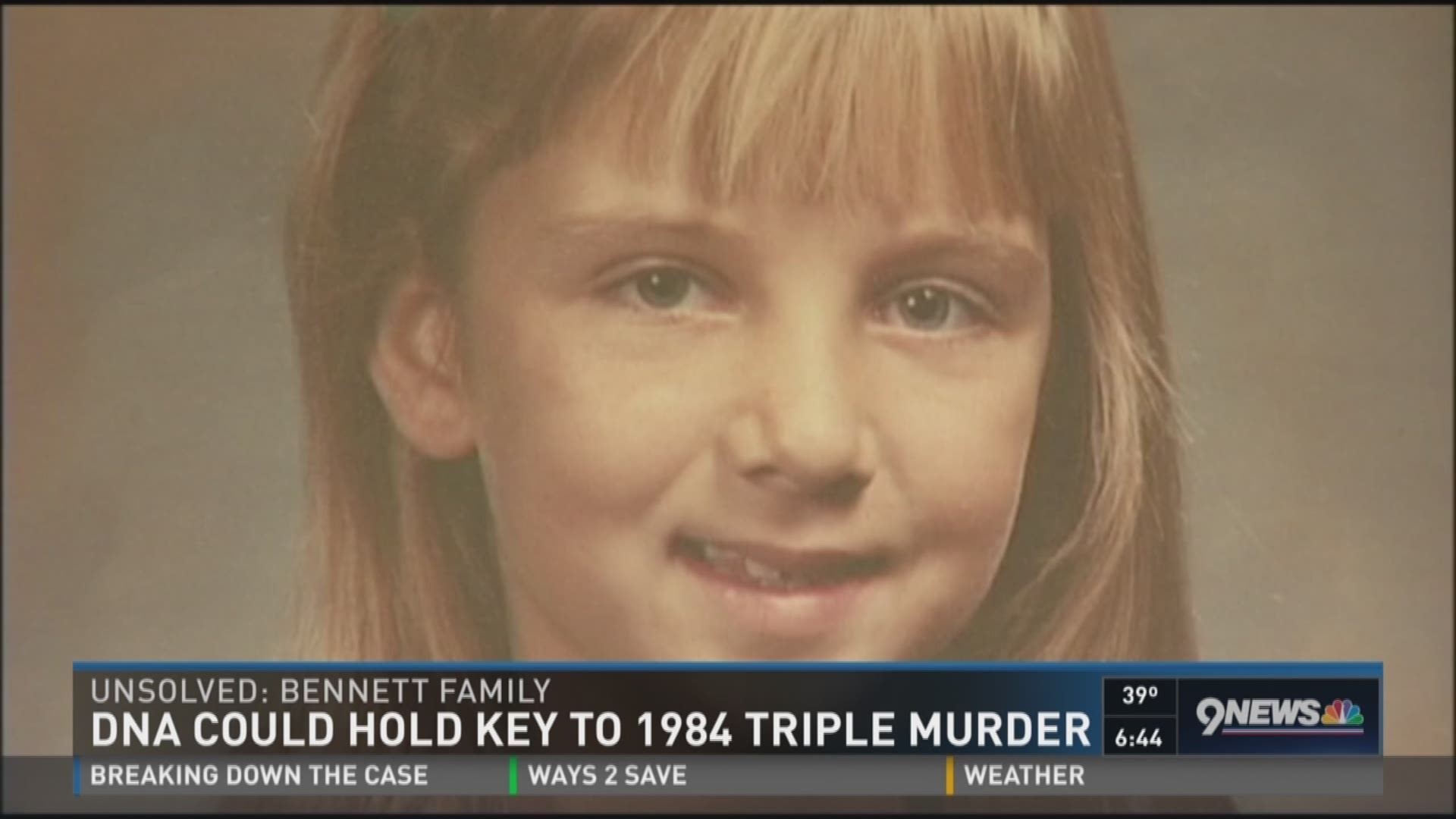 All this week at 6 a.m., 9NEWS is looking at Colorado Cold Cases and where these unsolved murders stand today.

DENVER- The Bennett family murders is a case that goes back more than three decades.

It begins with a woman killed with a hammer in Lakewood and, a week later, a family killed the same way in Aurora.

The killer was never brought to justice.

But new technology is getting detectives closer and closer to solving the brutal mystery.

The Bennett family had just moved into their Aurora home around Thanksgiving.

It was a quiet cul-de-sac and most of the homes were still empty.

Their daughter Melissa about to celebrate her eighth birthday, but never would.

He then sexually assaulted and fatally beat 7-year-old Melissa Bennett and shattered the face of 3-year-old Vanessa Bennett. She survived.

“That’s a shock to your life because I am the one who found the kids,” says Constance Bennett, Bruce’s mother.

Constance remembers the house was too quiet, then finding her family brutally murdered inside.

<p>Police are trying to find a killer who used a hammer to murder a family of four in their Aurora home. </p>

“It’s the worst moment of my life. So it’s just something I certainly can’t forget,” she said.

To make the case even more complicated, a week prior to the Bennett family murders, DNA evidence would later find, the same man murdered Patricia Smith, 50, in her Lakewood home with a hammer.

The murder weapon never found, but the killer left DNA behind at both crime scenes.

“I think this type of case is going to be a forensic breakthrough that’s going to solve it,” said Det. Stephen Conner with Aurora PD’s Cold Case Department.

Conner has been investigating the case for nearly a decade, and a few years ago, they had a break in the case.

“We have an idea that the suspect’s possibly a white male,” Conner said.

<p>DNA evidence has let Aurora Police create a composite photo of what the suspect looked like at the time of the murder, and now. </p>

Now they know for sure, thanks to newly developed technology that uses DNA like a blueprint to make predictions about a person’s appearance.

“…this confirmed that as well as hair and eye color,” he said.

They came up with a composite of the killer. One, of what he may have looked like then and another, what he may look like now.

“We know we’re looking at someone of western northern decent as opposed to Hispanic male or black male. It’s narrowed to that,” Conner said.

Detectives were hoping someone would know who this person is or remember seeing someone that night but since the composite has been released, every tip has come up empty.

“We’ve probably had, I don’t know, 40 or 50 calls on that,” Conner said. “We’ve eliminated suspects through obtaining their DNA.”

He says this case is like chasing a ghost.

“As least that’s what I refer to it as. My personal opinion is based upon the evidence and a whole bunch of things that come into play that the guy is probably deceased,” Conner said.

And says he believes the murders were not a crime of passion but rather opportunity.

“I think it was ‘I came here to do something whether it was to rob the place or kill the family, I will not come out empty-handed,’” Conner said.

Even though leads grew cold and storylines faded detectives continue to work in hopes of bringing justice to the entire Bennett family.

“I hope they find who murdered my kids for no reason and that they’re punished in some way,” Constance Bennet said. “It just changes how you feel about everything that a person can do that and go day by day.”

There was no forcible entry into the home.

Debra Bennett’s purse was found in front of the house, the contents spilled in the snow.

Detectives recovered the knife that was used in the murders in the front yard, but the hammer was never found.

Connor says there’s other DNA technology out there they’re looking into that could narrow the field even more.