Teachers say personal relationships are the key to academic success 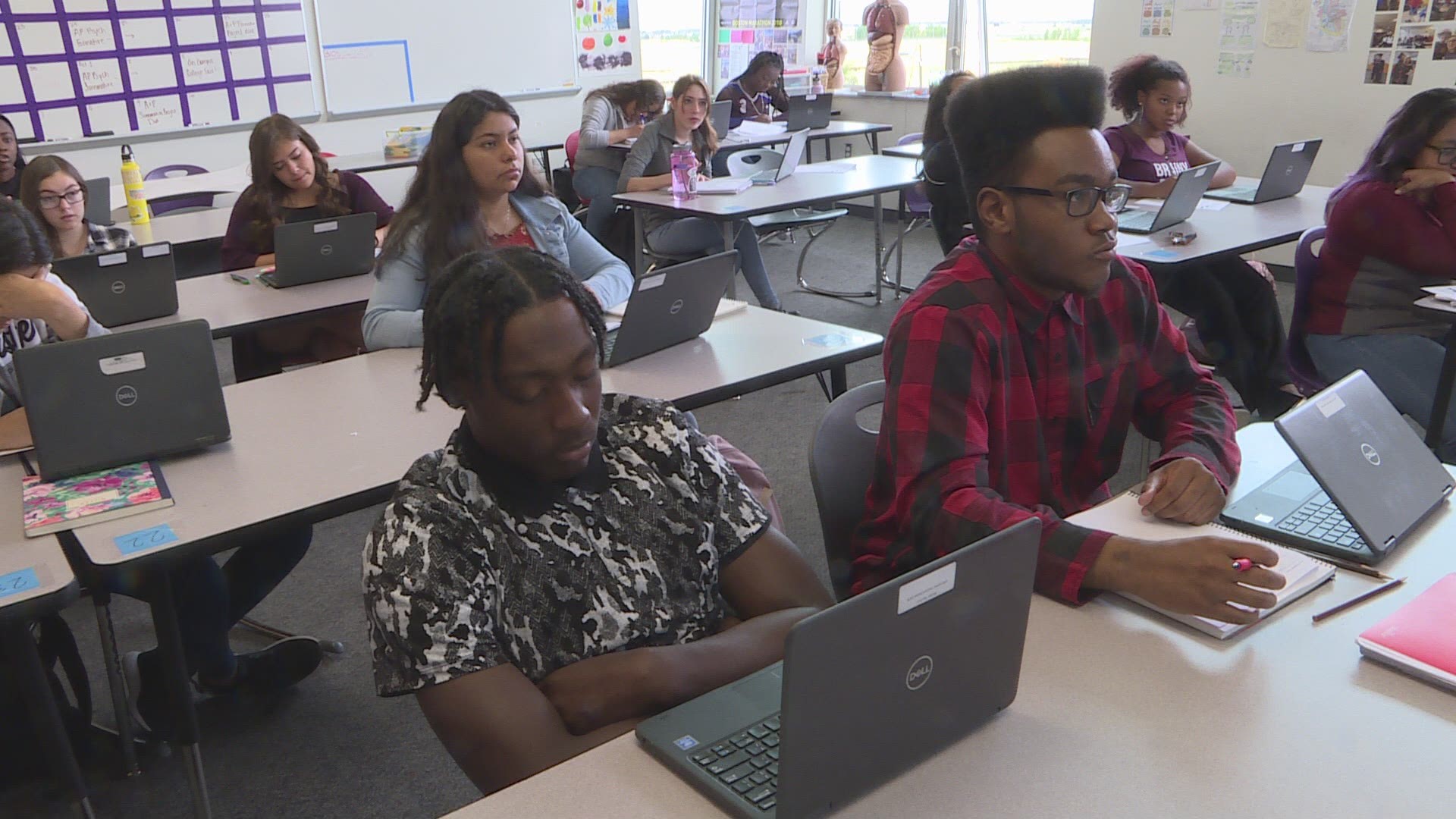 DENVER — In schools across America, there is a problem that teachers have been working on for years. On average, African-American students tend to score lower than White and Asian students.

Griffen is the director of Diversity, Equity and Inclusiveness for the Denver School of Science and Technology (DSST) charter school network. He says for too long, schools have been focused on what's called a "deficit ideology."

His job is to make sure all 15 DSST charter schools can succeed -- through one simple concept.

He said it all starts with teachers like Sarah Amey.

"I think one of the biggest things (the Green Valley Ranch campus) does really really well, is focus on relationships," Amey said.

Amey teaches math, a subject high school students often struggle in. She said the biggest thing is genuinely caring for all students academically and personally.

"I can push students more if they know I care about them," Amey said.

Senior Cholena Jackson said teachers who care makes all the difference. She says her high test scores reflect her academic success bucking the trend of other African-American students.

"Cause at the end of the day, people are a lot more successful if they feel a connection and they feel like somebody believes in them," Jackson said.

"If you know that the teachers are helping you and like they actually care about your education and they want you to succeed, it makes you feel like you can do anything," Mcgaughy said.

When students do well academically, they celebrate them.

"We say wonderful. We gave a shout out. We clapped. We cheered, but we still have some areas we have to work on," Griffen said.

He said he wants other programs to replicate their success so in schools across America that problem can start to go away.