TABOR, Colorado education funding and the teacher protests (for Dummies)

If there's one thing teachers hate, it's Cliffnotes, but here's a "Cliffnotes"-style explainer of the education funding shortfalls Colorado teachers are protesting. 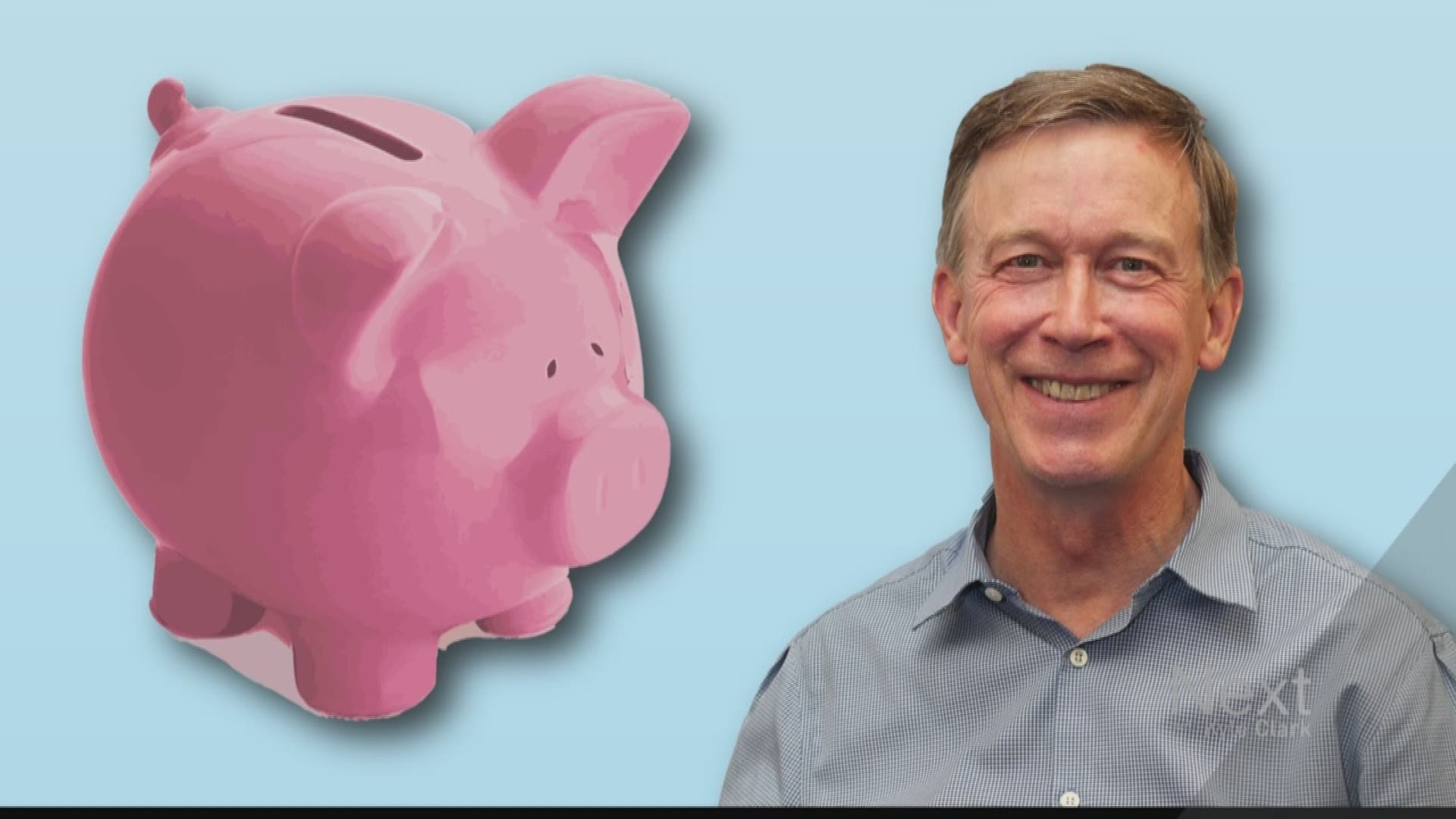 KUSA – By now, you’ve probably read that thousands of teachers plan to rally at the Colorado State Capitol on Thursday and Friday.

This has led the state’s largest school districts to cancel class. To put this into perspective, if you got all the kids who will have the day off in the same place, it would be Colorado’s second largest city.

Education funding in Colorado is confusing, as in the kind of thing that still doesn’t make sense even after spending half of your work day trying to brush up on it (talking from experience here).

But, like “War and Peace,” your state’s education budget is important … but also super confounding and kinda tedious (apologies to all the Tolstoy fans out there). So, here’s our attempt at a Cliffnotes version to get you up to speed before our coverage of the teacher protests (which is ironic because if there’s one thing teachers hate, it’s using Cliffnotes instead of reading the actual book).

What are the teachers protesting?

Colorado’s teachers are protesting a few things. First off, they’re speaking out against the state’s lack of education funding (some studies put Colorado in the bottom tier nationwide), low teacher pay (while you'll see some reports that teacher pay in Colorado is ranked 46th in the country, it's actually 31st at $52,736 a year, according to the latest National Education Association report) and proposed changes to their pension plan.

During the protests, there’s one thing you'll hear about a lot: TABOR, and specifically, how it impacts the education budget.

Credit: Jose Luis Pelaez Inc, This content is subject to copyright.
A stock photo of a teacher explaining TABOR.&nbsp;

No, it’s not someone’s name (necessarily). Instead, it’s an acronym for the Taxpayer’s Bill of Rights. This was passed in 1992, and basically, you can trace everything that’s a little unique about Colorado’s budget back to this.

Since this is basically 9NEWS’ version of Cliffnotes, we’re not going into the weeds with the history of TABOR, but you can find an exhaustive and fascinating explainer from CPR here: https://taxman.cpr.org/

Back to what TABOR is: what it basically means is that lawmakers can’t raise your taxes without making you vote on it first. It also limits how much of "raise," so to speak, that the state gets each year.

And, if the state happens to generate too much money, it can’t keep it. Instead, this goes back to taxpayers.

How does this relate to what the teachers are protesting?

Schools in Colorado’s 178 districts got $6.6 billion this year in funding. Of that, $2.24 billion came from local property taxes, $172.7 million came from local vehicle registration taxes (not too much, in the grand scheme of things), and the other $4.2 billion comes from the state’s general fund. For our purposes, we’ll focus on the local taxes and state funding.

But, to explain these, we’ll have to throw another budget law at you: the Gallagher Amendment. What this has done is ensure that there’s a constant ratio between residential and business property taxes.

But in many districts, home prices have grown more than the value for commercial property. So, the assessment price for residential property has declined by more than two-thirds since the Gallagher Amendment was implemented. And to get more money from property taxes, local governments have to ask voters if they’re cool with it first (and they often aren’t).

And that’s where we get back to school funding: since it’s supposed to come from local property tax, there’s a problem if this significantly decreases or doesn’t keep up with inflation – especially if home values are way up in a certain district.

What happens next is that the state has to pick up the slack. But like we said above: TABOR limits the amount of money the state actually has available.

Credit: Digital Vision., This content is subject to copyright.
A stock photo of a teacher explaining the Gallagher Amendment.&nbsp;

So here’s another budget law to complicate things: the Public School Finance Act of 1994, which has a formula for how the state allocates to school districts. Under this, districts were supposed to get a base of $8,187 per traditional pupil for the 2017/18 school year. Some districts get more based on their size (smaller districts get more per pupil because they have the same base costs – like utilities -- as larger districts), cost of living and the number of students living in poverty.

In the paragraph above, you’ll notice an important phrase: “supposed to.” Under the formula, districts SHOULD HAVE received a base of $8,187 per pupil, but because there wasn’t actually enough money in Colorado’s budget for that, the number was $7,279.03 per traditional student (kids taking online courses get a little less).

The average Colorado student was allocated $7,662 from the state, but that number was as high as $16,334 for pupils in smaller and poorer districts.

The difference between what the state should have given to schools versus what they actually got is known as the Budget Stabilization Factor, but for your purposes, it’s basically the equivalent of owing $1,500 for your rent but only having $1,339.

And if you think about it this way, Colorado is really, really behind on its rent.

EXPLAINER | A deep dive from the state into school funding

What can the state do about this?

Kind of like with your bills, if you can’t afford one thing, it usually means you have to take money away from something else.

And for the state of Colorado, there aren’t a ton of options: there’s transportation, for instance, or the public pension plan – which teachers don’t really want touched either.

And when it comes to a teacher’s salary itself, that’s not actually decided by the legislature anyway.

Instead, that’s a local decision, though more funding from the state means there’s more money available for teacher salaries.

But like the rest of us, school districts don’t just have one bill to worry about. They also have to pay for their facilities and their utility bills, which means if a district gets more state funding, that doesn’t automatically go into the pockets of teachers.

RELATED | DPS Shakespeare Festival will go on despite teacher walkout

If teacher salaries are locally-controlled, why protest at the Capitol?

Credit: Purestock, This content is subject to copyright.
A student asks his teacher why they&#39;re protesting at the Capitol to begin with.&nbsp;

“Would you be interviewing me today if we didn’t have a couple of rallies planned that were going to going to bring 10,000 people in?” Kerrie Dallman, the president of the Colorado Education Association, said.

Dallman added the protests deal with the education budget as a whole – something the legislature does have a large role, especially as property tax contributes less and less to the pot as a whole.

If you’re wondering what the teacher’s union wants, you can see more of Dallman’s interview below:

Hey, you just said pot! Why isn’t that saving education?

Credit: Digital Vision., This content is subject to copyright.
A stock photo of a teacher explaining why pot hasn&#39;t saved education in Colorado.&nbsp;

That’s not very much in the grand scheme of things.

And even then, not all of that pot tax goes to education … and the part that does goes to something very specific.

The only money from pot tax that goes to education is for school construction funds -- and that's not really what the teachers are protesting about.

We have an explainer about that here: https://on9news.tv/2AUZwS4

9NEWS will be at the teacher protests on Thursday and Friday, and will be covering them both on-air and online.

If you have any questions you’d like us to ask the teachers, their union representatives, and state legislators while we’re there, email us at webteam@9news.com.