'Peanut Butter Falcon', which stars an actor with Down syndrome, premiered in Denver and is playing at two area movie theaters. 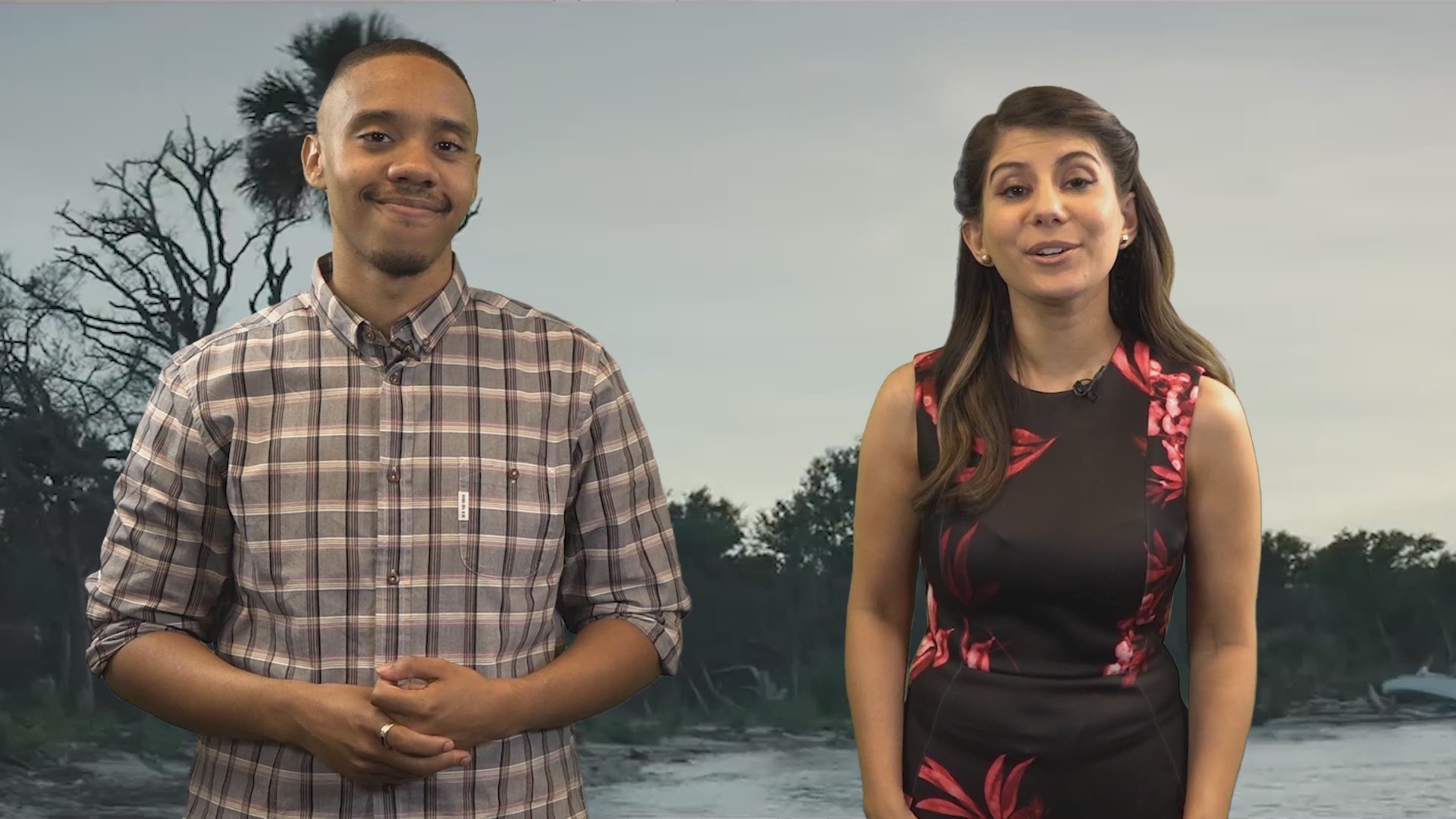 It’s not easy to find your voice in Hollywood, especially if you don’t look like the “typical” leading man.

"The Peanut Butter Falcon" is here to change that.

Zack Gottsagen is an actor with Down syndrome. If he wasn’t going to land a major role in Hollywood, he’d make Hollywood come to him.

He’s starring in a new movie made just for him, with Shia LaBeouf and Dakota Johnson by his side.

The film centers around a man with Down syndrome who escapes a residential nursing home to pursue his dreams of becoming a pro wrestler. On the way, he befriends an outlaw who becomes both his coach and ally.

The Global Down Syndrome Foundation, an organization established in Denver, helped make Zack’s vision come to life. President and CEO Michelle Sie Whitten is an executive producer on the film.

As the film premiered in Denver,  I sat down with co-directors Tyler Nilson and Michael Schwartz to talk about the new movie and how it’s breaking barriers.

Was that onscreen chemistry as authentic as it looked in the movie?

MS: Oh yeah! I can even show you a video of Zack and Shia rapping yesterday. They’re road dogs.

And it’s not just them! John Hawkes got along with everyone as well. It was a summer camp vibe. Dakota [Johnson] loves Zack and Zack loves Dakota.

TN: And you know, when people ask about the movie, it’s not about us. I want people to see Zack’s performance and Shia’s and Dakota’s. We’re the coaches, we want people to appreciate our players.

TN: That’s a great question, it makes me feel good that you even asked that because we wanted to get great performances. I’d say 93 to 95 scripted. Some directors work perfectly, but we search for the truth and feelings. But, most of it was written.

MS: I’ll give you an example, Zack saying "No. 1 rule is party,” that was improv.

TN: When he went up to the porch at Saltwater Redneck’s house, that was improv. We shot it and Zack decided to walk up and shake his hand.

MS: There are other scenes too. When Zack and Shia were swimming and they were sitting on the log, we just brought the cameras up cause it was great and they started swimming. But, we worked on the script for a long time with Zack, for three years.

We already knew, by the time we were on set, we didn’t even have to look at it.

TN: I hadn’t read the script in a year. I knew it all by heart. I knew every line by heart and exactly where I was supposed to go. We knew the whole playbook.

All you have to do is convince people to give you money, that’s a whole other thing though.

Yeah, that’s another thing to juggle. So, how was it working with Zack? I watched the featurette before coming and noticed that you [Michael] said that Zack just came up to you and asked you to make the movie. How was that entire experience?

MS: It was great! Working with Zack, he’s a great listener. He’s a trained performer, he’s studied acting since he was three years old. He went to a mainstream performing arts high school. Zack still teaches acting to this day.

It was cool to see Zack have a platform for his talents. He doesn’t lack confidence at any point, so he’d make suggestions. He’d say ‘hey, I want to change this or that.’ Shia said it was intimidating to get in a scene with Zack because he’s more present. Zack has an elevated ability to connect to the moment. And I think most actors get in their heads and to get out of your head and really be present is a hard thing to do.

Who came up with the Peanut Butter and Falcon combination?

TN: Zack. We asked him what he wanted to be called and he told us ‘Peanut Butter Falcon.’

MS: Zack usually has a better answer than anyone else. You just ask him a question and he immediately has an answer.

Any symbolism to the peanut butter?

MS: No, honestly it was just a spoof on war paint.

TN: Instead of the regular war paint we wanted to take it a step further.

How involved was Zack with the filmmaking process? Was he helping you guys write?

TN: We wrote with Zack. It was definitely a team effort. He was very involved, it’s tough to say because the whole process was so collaborative. What does a director do? What does a producer do? It all came together.

MS: He was most interested in acting. That was his purpose and that’s what he was trained to do. We collaborated a lot, he was a big inspiration.

TN: Him and Shia were always working on their characters together.

MS: Yeah, he grabbed the bullhorn and took the lead. He was often saying things to the cast between sets. He really emerged as a leader.

It’s a great story, too. How did you guys get into film?

TN: I got people coffee.

MS: I got people coffee, I didn’t go to film school or anything. I shadowed people, old school apprentice style. Watched a lot of movies, checked out videos on the internet and talked to Tyler a lot.

What are your favorite parts of the movie?

MS: I just love being on set and being in the moment. For the finished movie, every time I watch it, there’s something different. The beach scene where Zack’s laying on the ground, there’s a lot that hits me in the heart there.

It’s just a beautiful, well-executed scene. Very well acted and our production designer did a great job bringing that boat in. Before we shot it, me and Tyler had an idea for what everything was going to look like. To have that scene look better than I imagined is cool too.

TN: I think the process of being of service to something larger than myself was the best thing I have ever experienced. I don’t know if I have a favorite part of the movie in terms of watching. I’m just so grateful as a whole, that’s a big deal for me.

I spent my whole life wanting to have a purpose higher than myself. I got really blessed to have a story and being able to tell it.

You can catch ‘The Peanut Butter Falcon’ at the Denver Landmark Esquire Theatre or Century Boulder Theater starting August 9.