In all, 17 people have gotten sick from events catered by Burrito Delight and another 20 got salmonella from eating at the restaurant itself. 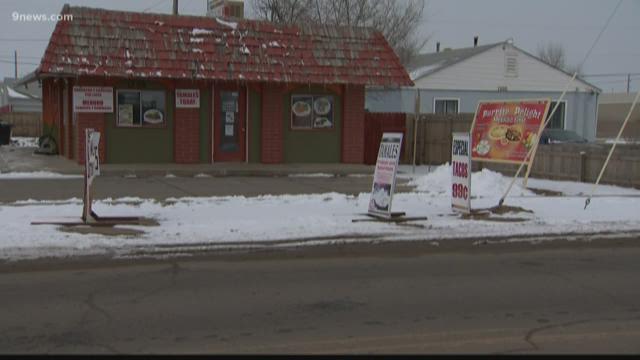 According to the Weld County Health Department, 17 people from the Greeley Aims Community College campus got sick last month following events catered by Burrito Delight. Another 20 people got salmonella after eating food directly from the restaurant.

Four people have been sent to the hospital so far, but no one has died, according to the health department.

The Burrito Delight locations in Fort Lupton and Dacono have been closed due to the investigation. Several employees from the restaurant have also tested positive for salmonella.

Dr. Mark Wallace, the executive director of the Weld County Health Department, said in a news release it remains unclear if the sickened employees or the food at Burrito Delight is the root of the outbreak.

“It may be a challenge to find a definitive answer,” he said.

Luckily, health officials say have been no new reports of salmonella cases over the last five days, leading them to say the outbreak has officially peaked.

Salmonella is a bacterial infection that causes diarrhea, an upset stomach, fever and occasionally vomiting.

For more information on the disease, go to: http://bit.ly/2uVAfVc