What will a COVID-19 vaccine and vaccine trials look like for children?

A pediatric infectious diseases specialist and vaccine researcher with Children's Hospital Colorado answers questions about a COVID-19 vaccine and trials for kids. 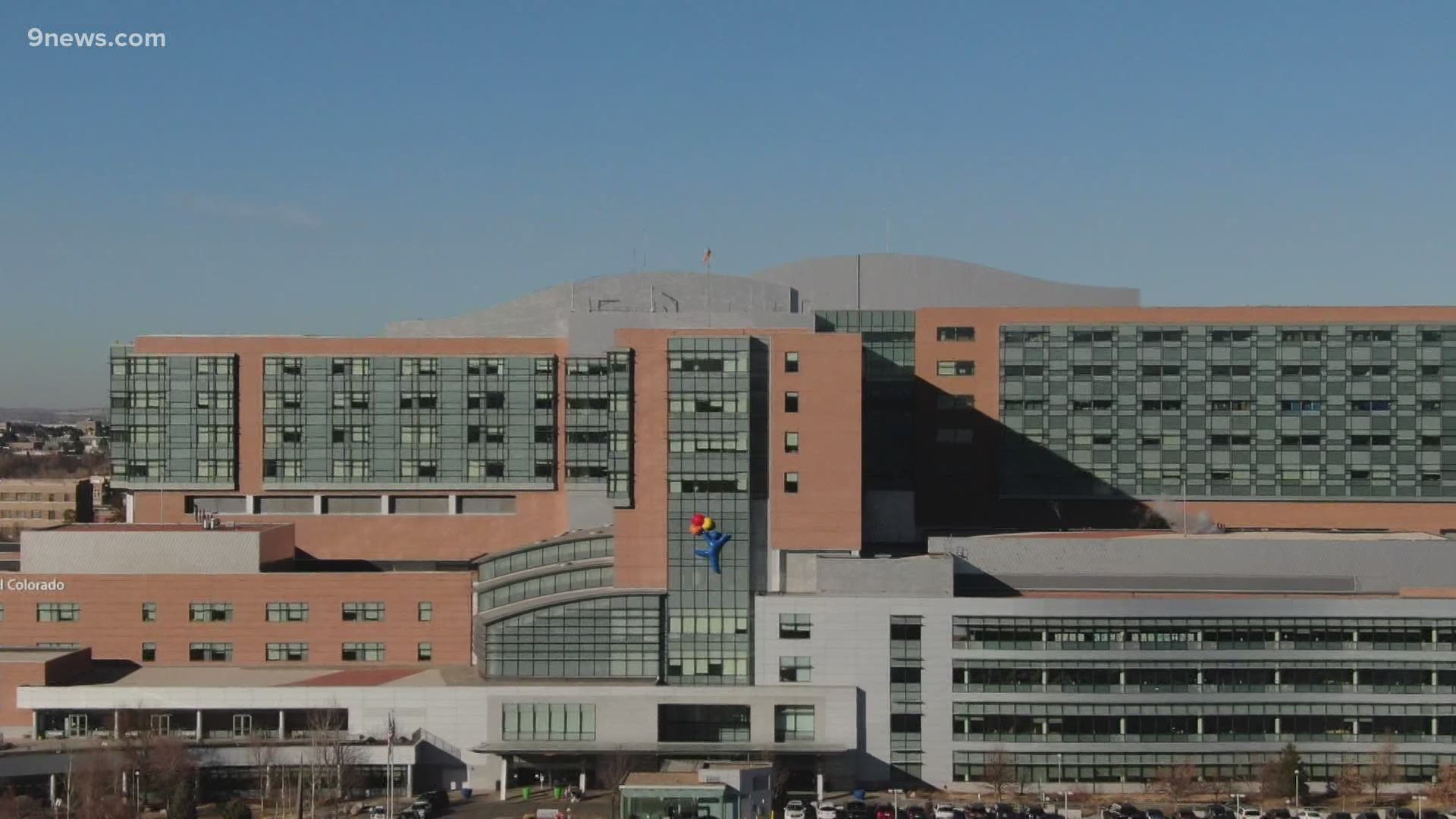 DENVER — As a timeline of adult COVID-19 vaccination in the United States begins to develop, questions about American children linger.

When will they be vaccinated? Will the same vaccine used in adults be safe for children?

Just this week, Moderna announced it will begin testing its coronavirus vaccine in children between the ages of 12 and 17. Pfizer began collecting data on this population at the end of October.

RELATED: Pfizer to begin testing COVID-19 vaccine in kids as young as 12

RELATED: VERIFY: Should you get a COVID-19 vaccine if you've already been infected with the virus?

(Editor's Note: Responses may have been lightly edited for context and clarity)

9NEWS: Why are the results of the already completed vaccine trials not applicable to children?

O'Leary: The simplest answer is that kids aren't just little adults. The immune systems are different. They change as we age. So, we always want to test vaccines in children if we're going to give them to children to make sure they're both safe and effective. That's sort of the simplest explanation. Beyond that, it can get kind of complicated regarding the specific differences in the immune systems. The bottom line is we want to make sure that they work, and most importantly that they're safe for kids.

Kohli: There are a number of reasons why adults and children are different. The first is that the immune system of children is actually very different from that of adults. So, if you think about a child, they are being exposed to all these new antigens or different stimuli from the environment, their immune system has to react in a different way. So, we can't immediately take the results from an adult vaccine and apply it to the child. The second is because children are smaller, their volume of distribution or the kind of body size that they have for the vaccine dose to spread into is obviously proportionally smaller. So, what dose should we give kids? What frequency should we give the vaccine to kids with? Is it the same as adults? Should we adjust it for weight? Should we adjust it for size? Should we adjust for age? These are all outstanding questions that we don't have the answers to. Finally, the side effect profile can look very different in adults as compared to kids because kids, their organs are still developing, they're still growing, they're still having a lot of changes that are happening to their bodies. So, their side effects may be different from the vaccine than those of adults."

Why only now in the last few months is the vaccine being tested on children?

O'Leary: I think the reasoning is this disease has been severe for everyone but it's been most severe for older adults. Even younger adults in their 40s and 50s have had a marked, dramatic level of hospitalization from disease and deaths from the disease. So, it's really focusing right now on where is the greatest morbidity and mortality related to the disease. There's also some evidence that children, younger children, in particular, don't transmit the virus as much as adults do or probably older adolescents. So I think that's where it starts. The other issues are that it's slightly more complicated to do trials in children because you have to get the consent of the parents. And, in general, with just about any medicine we use, we tend to test it in healthy adults before we test it in children to make sure it's safe.

Kohli: I think there are many reasons for that. Number one, kids weren't thought to be as big a driver of the spread as adults are. So, we really want to focus our efforts on the adults. Number two, their ethical consideration so adults can give informed consent, they can say, 'I'm willing to be a guinea pig and know this is untested unchartered waters,' but kids can't do the same. Their parents have to give consent for them. So, it does raise some ethical questions. Number three, if something's not safe in adults, the last thing we want to do is give it to kids because they're growing, their immune systems are a little bit different than adults. So, we really want to make sure that if something works and is tested in adults, that's when we then extend it to the children.

How long are you anticipating it will be before we see results on the efficacy and safety of the vaccine in children between the ages of 12 and 17?

O'Leary: It would be pure speculation, we don't have any further information about that right now in terms of the timing, Moderna has not started enrolling yet is my understanding. It's very encouraging they at least to put a plan out there but until we start seeing enrollment and how fast that's happening I think it's a hard question to answer. I think everyone's hope is that the speed of the childhood trials will go at the same pace as the adult trials so that we can have evidence for safety and effectiveness in the coming months for children. Certainly, the hope is, prior to the next school year.

Kohli: We also have Pfizer who's been collecting some data on kids 13 and above. Probably, it's going to be offset from the cycle that we have from adults by about three to six months because it'll take that amount of time for them to vaccinate all those children, either with a placebo or with the active vaccine, and then count the events just like we did in adults. It may be slightly faster than it is in adults just because after you give somebody the vaccine or the placebo, you then have to wait for Mother Nature to expose them to the virus and we know adolescents, in general, are not as good at following those mitigation measures like wearing masks and washing their hands. So, it's possible that we could get an answer faster if the adolescents are exposed to the virus a little bit faster than normal adults would be in the clinical trial.

How could some of the symptoms of the vaccine such as fever and arm soreness translate to children?

O'Leary: I think it's a little hard to know. Sometimes vaccines are more reactogenic, that's the word we use when you get these local reactions like fever and that kind of thing. Sometimes vaccines are more reactogenic in children than adults, sometimes they're less so. We're going to need to better understand that. The important thing for the public to recognize about these vaccines is the evidence we have so far indicates they're overall very safe. We haven't seen any significant safety problems but they do tend to have a little bit more soreness, a little bit more fever than most of the vaccines that were used to giving, even the influenza vaccine. Because these vaccines are two doses, we have to be prepared for that so when we do start getting these vaccines, we know we might have a pretty sore arm for a day, we might have a fever for a day. That's okay. I suspect it's going to be similar in kids but we don't know that for sure.

Kohli: The most common thing we are almost certainly going to see is arm pain or local injection site reactions. The nonspecific symptoms of fever, muscle aches, fatigue, and headache are also probable to be seen in kids. That's not from the vaccine itself because it's not giving you a COVID infection, but it's actually activating your immune system. It's more likely to have those side effects after you get that second dose, as compared to just after the first dose. The first time you sort of tickle the immune system a little bit with the vaccine. The second time is when it goes into full-blown war and read it really learns how to make those antibodies. So, those side effects we're seeing are much more common after the second dose of the vaccine compared to the first.

What are the concerns or questions you have about the vaccine in adolescents?

O'Leary: Pfizer has started enrolling adolescents 12 to 17. They submitted safety data from about 100 adolescents to the FDA as part of their emergency use authorization, 100 adolescents 12 to 15, I believe. So far, my understanding is we have not seen any significant safety signals in that group. I think one of the things that all of us are sort of watching closely for is any potential triggering of this MIS-C which is a rare multisystem inflammatory syndrome in children that occasionally happens in adults. It's a pretty rare condition overall that seems to be triggered by a COVID-19 infection. Based on how these vaccines work, we think it's pretty unlikely that one of the vaccines would trigger that reaction but that's the biggest thing we're all kind of watching for to make sure there's no trigger there.

Kohli: Firstly, I would want to really get more basic science data. I know there are some ongoing trials underway right now studying infant monkeys and vaccinating them to see if there are any concerning safety signals. But yes, we're going to get this data in kids 12 and above. What about kids below 12? What do we do there? It's still a bit of a black box. I really am hoping for more data before we start making those decisions. I don't think it's the right thing to do to empirically vaccinate our kids, especially those under the age of 12, in the absence of data. What that means is more pressure on us, on the rest of the community to go out there and get that vaccine so that we can protect our kids through the process of herd immunity. If we're protected, then our kids will be protected because they're close to us. I do think this needs to become the next priority in terms of public health priorities because we have to get our kids back to school. One of the ways in which we're going to do that safely and effectively is going to be through widespread vaccination of our children.

If approved by the FDA, will you take one of the vaccines, and will you vaccinate your own children?

O'Leary: Yes, I would get either of the two vaccines that are applying for Emergency Use Authorization with the FDA right now. I would get either one of those without too much worry. I think we've seen a lot of safety and effectiveness data at this point that is encouraging. Yes, I would. In terms of my own children, if the pediatric trials similarly show effectiveness and safety in children then yes, I would have no qualms.

O'Leary: I think it'll be several months before we're talking about giving these vaccines to kids and we're going to have a lot more data about safety and effectiveness in adults by then. Right now, the data we have is extraordinarily encouraging. As we start to roll it out into the larger populations, we're going to be watching very closely. There are extensive safety surveillance mechanisms going on right now, assuring that these vaccines are safe in a larger population. I think that's going to help us better understand the rollout in kids if we can say, 'yes, it's safe and it's effective in adults and even young adults,' that's going to help us with kids as well. We'll also have more information from the pediatric trials.