Foothills and Genesee fire crews responded around 5 p.m. during the after-work commute, four people sent to hospital with injuries. 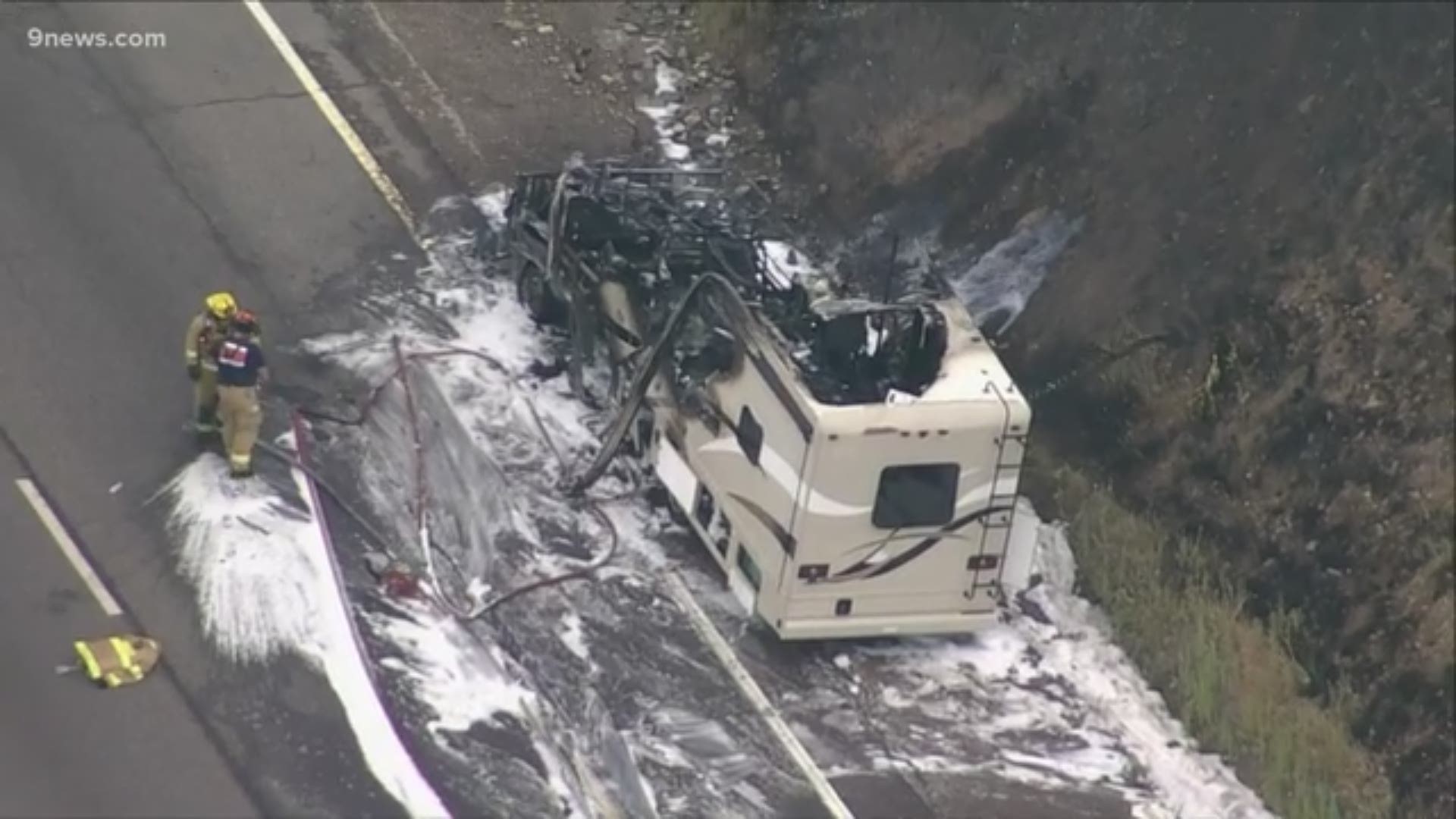 RELATED: Are you seeing weird planes flying over Jeffco? Here's why.

The RV fire started around 5 p.m., just in time to bring after-work traffic to a standstill on westbound I-70. Only one lane of the highway was open to traffic, causing a backup as far as Morrison.

Flames from the RV quickly sparked a brush fire that moved up the hillside, but crews were able to get the fire under control quickly.

Both Foothills Fire and Rescue and Genesee fire crews responded.

"The winds were creating movement and oxygen for the fire and in my view, it worked out well to be only an acre in size," said Lieutenant Adam Goldman with Foothills Fire and Rescue.

The RV was a total loss and four people were transported to the hospital with unknown injuries, Foothills Fire and Rescue said.

Crews said the fire is out and they will continue to mop up the area.

The highway has since reopened.