Member of National Guard was first confirmed case of variant in U.S.

The individual was deployed to a nursing home in Simla. A potential case of the variant was also announced in another member of the National Guard. 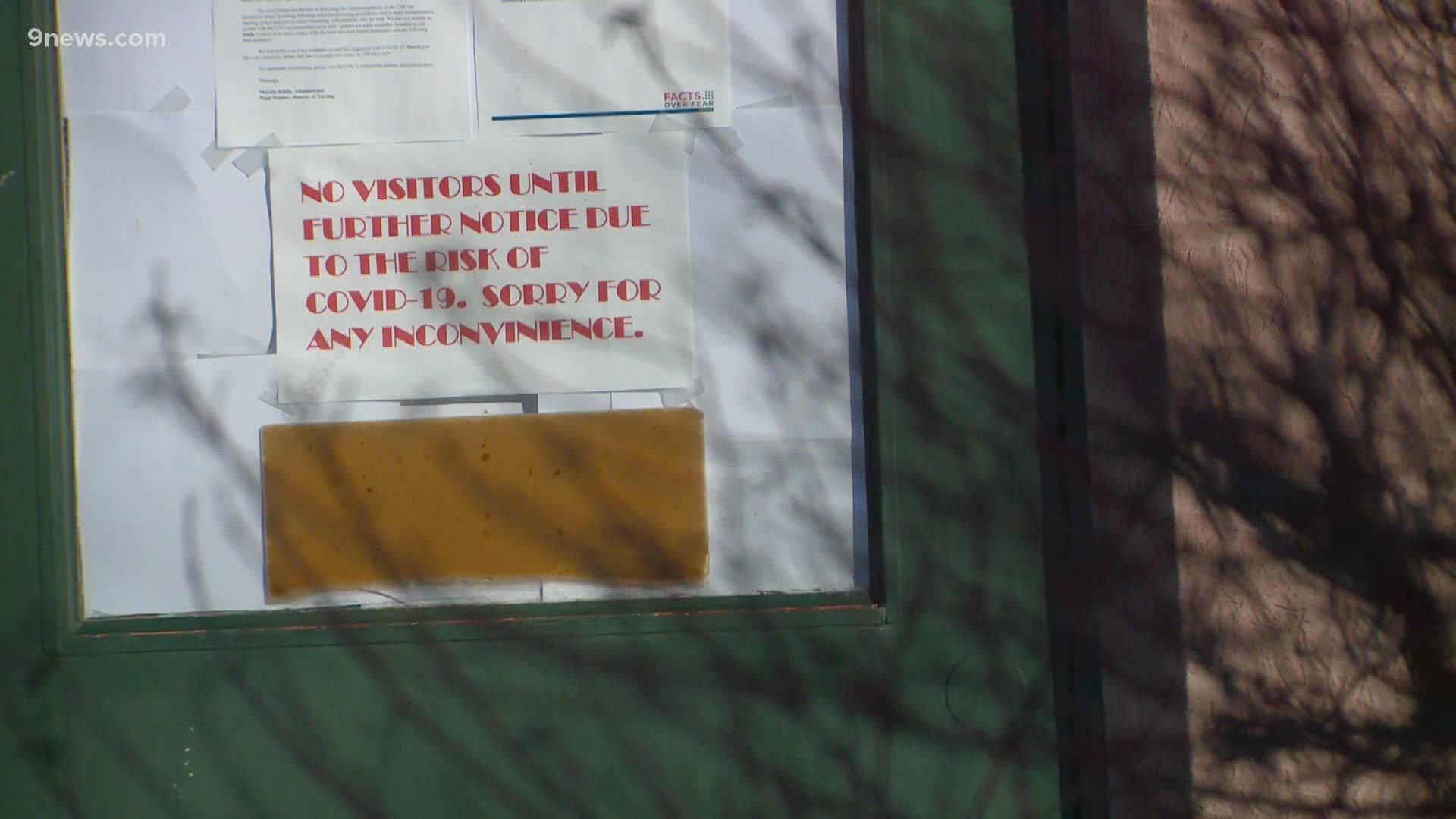 The news conference came after Colorado leaders on Tuesday announced that a man in Elbert County, where Simla is located, was infected with the COVID-19 variant that was previously reported in the United Kingdom. That was the first confirmed case of the variant in the U.S., according to health officials.

The Colorado Dept. of Public Health & Environment's (CPDHE) State Epidemiologist Dr. Rachel Herlihy said they also identified an additional possible case of the B 1.1.7 variant among another member of the National Guard.

Both individuals were deployed to assist at the Good Samaritan Society nursing home in Simla, which is located about 80 driving miles southeast of Denver. Herlihy said the nursing home recently experienced a COVID-19 outbreak where all 26 residents tested positive and four people died. Twenty of the 34 staff members there also tested positive, Elbert County Pubic Health said.

Both individuals began their deployment at the nursing home on Dec. 23 and were tested Dec. 24, Herlihy said.

Herlihy said neither had a history of travel and that investigators are working to determine if they contracted the variant from a person at the nursing home or prior to their arrival there. She said a team deployed Tuesday is collecting samples from residents through Wednesday and that, so far, they have not found the variant in the samples collected, with testing "ongoing."

"It's important to note that the National Guard personnel didn't arrive until Dec. 23... and that was after cases associated with outbreak occurred," Herlihy said.

Both members of the National Guard are isolating, one at a home in Arapahoe County and another at a hotel in Lincoln County, Herlihy said. They will quarantine for 14 days with daily quarantine monitoring conducted.

"The health, safety and well-being of our residents, staff and the community we serve remains our top priority. [CDPHE staff] have been on-site to test employees and residents for the variant. We expect to have the results in the next few days. We will continue to work closely with the state while following the CDC’s infection control measures. We look forward to beginning vaccinations at this location next week."

Coloradans age 70 and older will join frontline workers in receiving the COVID-19 vaccine as many parts of the state move to Phase 1 B of the rollout plan, Gov. Jared Polis also said during the news conference.

The previous plan said all Coloradans age 65 or older were included in Phase 2 of the vaccination distribution plan.

Polis said the reason for the shift is due to the increased risk of death for people in that age group — more than 78% of COVID-19 deaths in the state are among adults age 70 and older.

"Any Coloradan 70 and up can now legally receive the vaccine," Polis said. "This will take about 4-5 weeks."

Polis also said that the state will work with employers to create targeted vaccine distribution plans for additional frontline workers as part of Phase 1 B, such as in those who work in education, food and agriculture, public health, transportation or who provide support to those experiencing homelessness, as well as grocery store workers.

Phase 2, anticipated to start in the spring, also now includes adults age 65-69, as well as people ages 16-64 who have pre-existing conditions such as obesity, diabetes, chronic lung disease, significant heart disease, chronic kidney disease, cancer or who are otherwise immunocompromised.

Polis said members of the general public should expect to receive the vaccine in the summer.

France said the biggest concern surrounding the new variant is that it is more contagious, and therefore may spread more quickly, leading to an increase in hospitalizations. That's something scientists in the UK also found, saying they believe the B.1.1.7 variant to be more contagious than previously identified strains of the SARS-CoV-2 variant.

"If it's spreading more quickly, it could be overwhelming for healthcare systems," France said.

He also said the variant so far has not been associated with a higher risk of death, and that individuals who contract it can still be asymptomatic or experience symptoms similar to the more prominent COVID-19 strain up to hospitalization and death.

The currently approved vaccines are thought to be effective against this variant.

"The vaccine targets a very specific area of the protein," said Dr. Michelle Barron, senior medical director of infection prevention and control for UCHealth. "That’s what we call 'highly conserved,' which means it doesn’t mutate. It doesn’t have copying errors, and so this mutation doesn’t affect that, so the vaccine should still work just fine."

The state's seven-day, moving average positivity rate currently stands at 6.29%. Positivity is an important indicator of the status of COVID-19 in the state. The World Health Organization (WHO) in May 2020 recommended that the positivity rate be at or below 5% to contain the virus.

CDPHE also reports 1,086 patients currently hospitalized with COVID-19 in Colorado as of Tuesday. Current hospitalization data are also a key metric because they can be an indicator of whether Colorado’s hospital system is being overwhelmed by the virus.