El Charro Mexican Restaurant has been open since Wednesday after the owners said a Weld County official said they wouldn't shut them down. 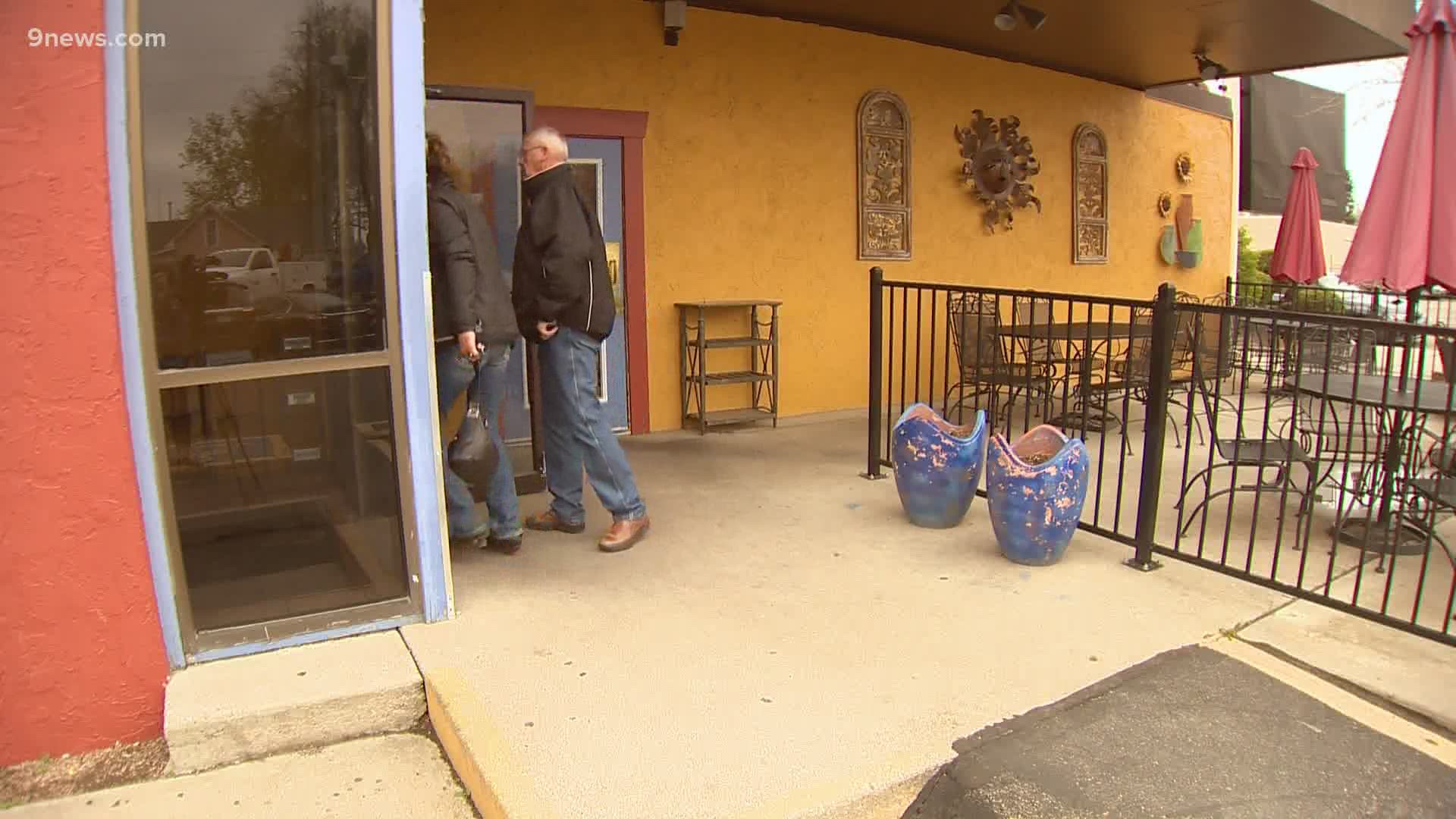 GREELEY, Colo. — The owner of El Charro Mexican Restaurant is taking a chance by opening her dining room despite the state's public health order that makes it illegal to do so.

“It was not done out of political reasons," said the owner, Kelley Chagolla. "It was done because we thought we could, and then the overwhelming response from our community."

Chagolla said her husband called the Weld County Health Department and was told they would not shut them down or penalize them for re-opening.

“They didn’t say we could open," said the general manager and Kelley's son, Harrison Chagolla. "They just said we’re not going to shut you down, we won’t stop you, which as far as we’re concerned, that’s permission enough."

The restaurant has been open at limited capacity since Wednesday. Because they are seating people at every other table to continue social distancing, the Chagollas said they have had to turn customers away.

Although Weld County Commissioners said any business could re-open, they don't have legal ground to stand on. The county still falls under the state's safer-at-home public health order which makes in-person dining at restaurants against the law.

The Weld County Health Department does not plan on enforcing the order here, even though they could.

In an e-mailed statement, the Weld County Joint Information Center wrote, "the Health Department did not close restaurants, and we are not opening them up per COVID-19."

They added "the Attorney General's office is responsible for enforcing the public health order," but the state's website explaining enforcement says the state will take action "when a public health agency is unable or unwilling to enforce an order."

The state's health department could revoke or suspend the restaurant's license.

When asked if they were concerned about a COVID-19 breakout happening because they re-opened, Kelley Chagolla said "I've asked all my customers and most of them say, they don't give a s****, sorry probably can't say that, they don't give a darn."

"It's a risk people are willing to take apparently," added Harrison. "I'm not forcing anyone to come here."

Two other restaurants are open for in person dining in Weld County. Grubby'z, a wing spot, is serving customers in Pierce. And a bar called The Pour House Saloon in Ault posted on Facebook to join them for happy hour and music last week.