For hundreds of thousands of Coloradans, health insurance premiums could go up next year. 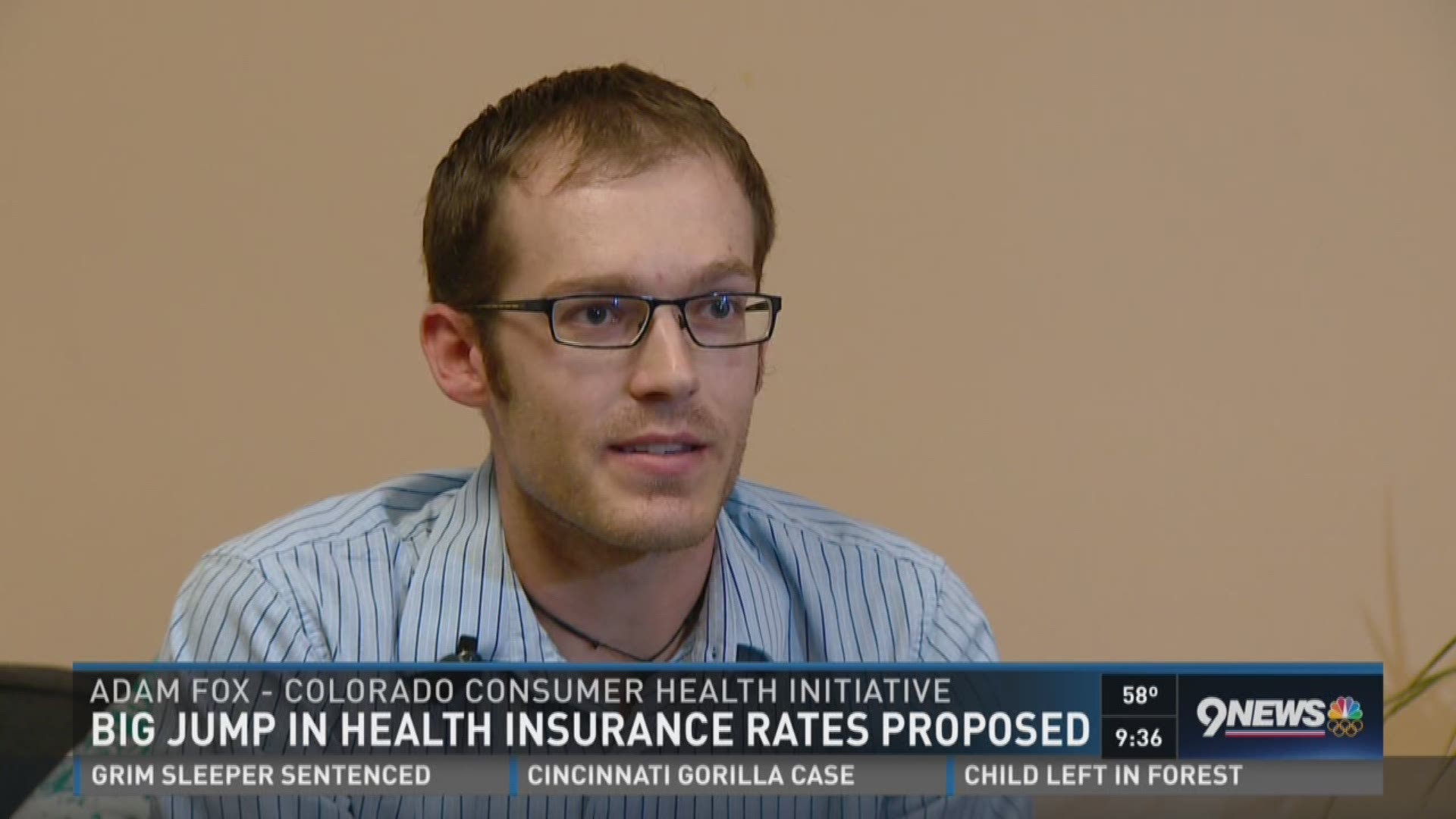 It’s called a type of “market correction” in the world of health insurance. In Colorado, though, the proposal to raise the rates of some health care plans could end up costing you.

“It’s not surprising. It’s going to be a challenge for some folks,” said Vincent Plymell, a spokesperson for the Colorado Division of Insurance, the state agency that determines whether insurance companies can raise their rates.

Nine health insurance companies in Colorado are asking the agency to let them charge more next year for their plans sold in the individual market. It would not affect people who get their health insurer through their employer.

Five of those companies are asking for a hike of more than 10-percent, including Anthem at about 26-percent, all the way up to Golden Rule, which is asking for a more than 40-percent increase.

If approved by the state Division of Insurance, the move would affect 450,000 people -- about 7 percent of all Coloradans.

So why is this happening?

It all comes back to the ACA or Affordable Care Act, known as Obamacare and the changes it brought to health care.

“We’re in the middle of year three and things are still being sorted out,” Plymell said. “They’re trying to figure out how the individual market works and big change in that individual market, was having to take all comers. Before the ACA, they could exclude people for their health conditions – now they have to take everybody.”

That’s not all: about 92,000 people in Colorado will need to find new health insurance because their plans will no longer be offered by some companies next year. That earned criticism from Sen. Cory Gardner (R-Colorado), who blames Obamacare.

“When the president rammed his partisan health care law through Congress, he repeatedly promised the American people ‘if you like your plan, you can keep it,’” Sen. Gardner said in a statement. “President Obama and those that supported this partisan law are now silent as 92,000 Coloradans must find a new insurance plan.”

However, U.S. Department of Health and Human Services spokesperson Jonathan Gold said most Coloradans affected would qualify for tax credits through the Affordable Care Act, as well as have the ability to shop around for other plans.

"People in Colorado understand how the Marketplace works, and they know that they can shop around and find coverage that fits their needs and budget," Gold said in a statement. "In addition, the vast majority of consumers in Colorado qualify for tax credits that reduce the cost of coverage below the sticker price. Today’s announcement is just the beginning of the rates process, and consumers will have the final word when they vote with their feet during Open Enrollment.”

“Really, the crux of the problem is the underlying health care costs,” Fox said. “Insurance rates are based on health care utilization and medical trend and pharmaceutical costs and all of that, which they don’t always have 100-percent control over.”

The Division of Insurance will review the proposed rate increases. An agency spokesperson said they would make a decision in either late September or early October.

For details on which companies are proposing what rates and how you can weigh in on the proposals to the Division of Insurance, see below: