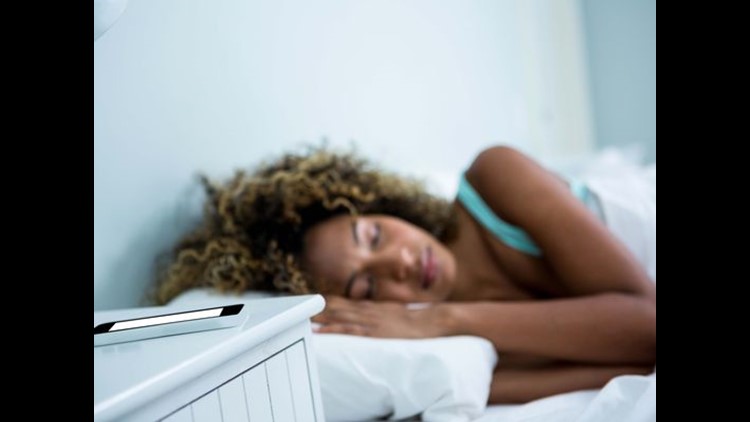 Photo by: Shutterstock
Not getting enough sleep can impact weight loss. Strive for seven to nine hours of sleep every night

Sleeping in on the weekend can compensate for lost sleep, study says

If you needed another reason to hit the snooze button on the weekends, researchers from Sweden have found that sleeping in on days off could help you live a longer life.

A study published this week in the Journal of Sleep Research focused on the impact of "weekend sleeping" — or, simply, sleeping on days off — and concluded that a little extra snoozing on days off can possibly make up for lost sleep on the weekdays.

The study, led by Torbjörn Åkerstedt, the director of the Stress Research Institute at Stockholm University, tracked more than 43,000 people over a span of 13 years.

"The mortality rate among participants with short sleep during weekdays, but long sleep during weekends, did not differ from the rate of the reference group," the study summary says. "Among individuals ≥65 years old, no association between weekend sleep or weekday/weekend sleep durations and mortality was observed. In conclusion, short, but not long, weekend sleep was associated with an increased mortality in subjects <65 years.="" in="" the="" same="" age="" group,="" short="" sleep="" (or="" long="" sleep)="" on="" both="" weekdays="" and="" weekend="" showed="" increased="" mortality.="" possibly,="" long="" weekend="" sleep="" may="" compensate="" for="" short="" weekday="">

So there you have it.

All that said, however, that doesn't mean you should start depriving yourself of sleep during the work week. From The Washington Post:

Epidemiologists who spoke with The Washington Post described the result as a plausible finding, if not a statistically robust one, that deserves more investigation.

Michael Grandner, director of the Sleep and Health Research Program at the University of Arizona's College of Medicine, who was not involved with this work, warned that sleep is not like a financial transaction. We can't deposit zzzs over the weekend and expect to cash them out later.

A superior metaphor, he said, is a diet. For the sleep-deprived, sleeping in on a weekend is like eating a salad after a series of hamburger dinners — healthier, sure, but from “one perspective the damage is done.”