"We’re going to work as hard as we can to keep moving her work forward. That’s not going to stop," Kate Power, cofounder of Lady Justice Brewing told 9NEWS. 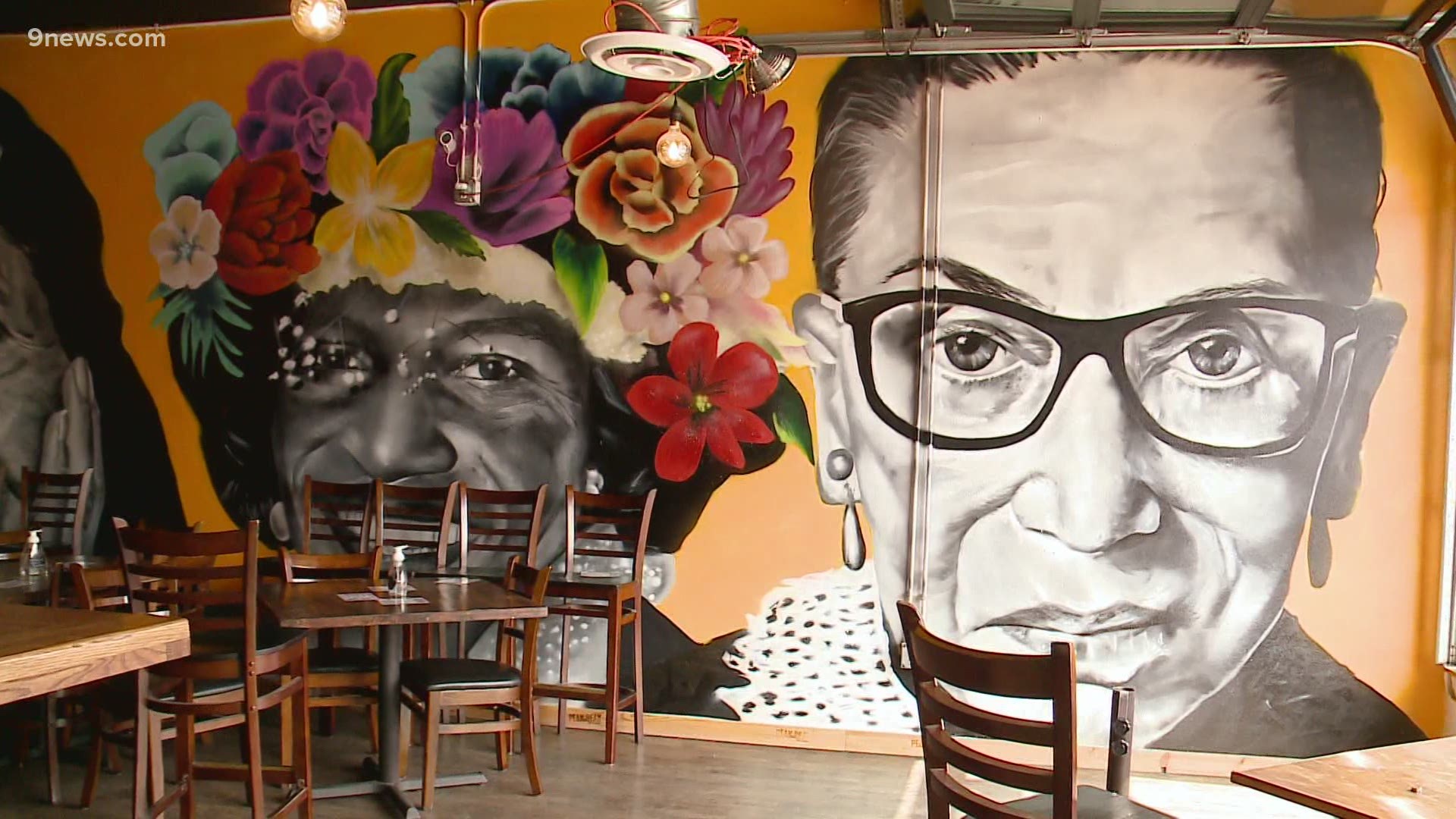 "The sadness I feel is because I still want her to be here so she can be a part of the work she’s been doing her whole life. It’s really what Lady Justice is trying to embody and do," Power told 9NEWS.

Power is a cofounder of Lady Justice Brewing.

On its website, Lady Justice describes its mission "to make the world a better place."

It donates profits to "promote the status of Colorado women and girls through grants."

In April, the brewery opened its first taproom on Colfax.

Soon after, Power and her colleagues commissioned a mural featuring Justice Ginsburg.

"We were looking for women throughout history who have been impactful and she’s number one on the list," Power said.

After opening a taproom this spring, the women of Lady Justice Brewing honored Justice Ruth Bader Ginsburg with a mural. “We were looking for women throughout history who have been impactful and she’s number one on the list,” cofounder Kate Power said. More on #9News tonight @ 5 pic.twitter.com/R5Z4GLbdsM

Ginsburg was a personal source of inspiration for Power.

A lawyer herself, she never worried about being rejected from law school because of her gender.

"Ruth Bader Ginsburg was instrumental in laying the bricks to that path for me," Power told 9NEWS.

Chelsea Lewinski, who painted the mural at Lady Justice, was also inspired by Ginsburg's lifelong fight for women's rights.

"Street art or graffiti is often very male-dominated. What relates to me personally is no matter what you want to do in life, you shouldn’t let things like being a woman or being a woman of color stop you. Sometimes you have to be the one to pave the way too," Lewinski said.

Operations manager and resident beer expert for Lady Justice, Laura Ralston, said the mural will exist so long as the taproom does.

For Ralston, every glance toward Ginsburg's determined gaze serves as a reminder to "do better, push forward, engage with the community, and inspire other people."

"What Ruth Bader Ginsburg tried to do was create a little bit more equality for a lot of people. Here at the brewery, we're trying to be an example of how a little business can make little steps for lots of people," Power said.

Of course, Lady Justice will also honor Justice Ginsburg with her very own brew called 'I dissent!'

Like the Justice herself, Ralston described it has having "some spice and some kick to it. It will be a little bit unusual and also a little bit in your face."

'I dissent!' will be available in November or early December.

RELATED: Gardner does not answer question on when Senate should hold Supreme Court vote; 'There is time for debate'