9Wants to Know: A tale of 2 school threats

One case included disturbing journal entries. The other involved a student with guns accused of telling classmates he'd shoot them. The charges were on opposite ends of the spectrum. 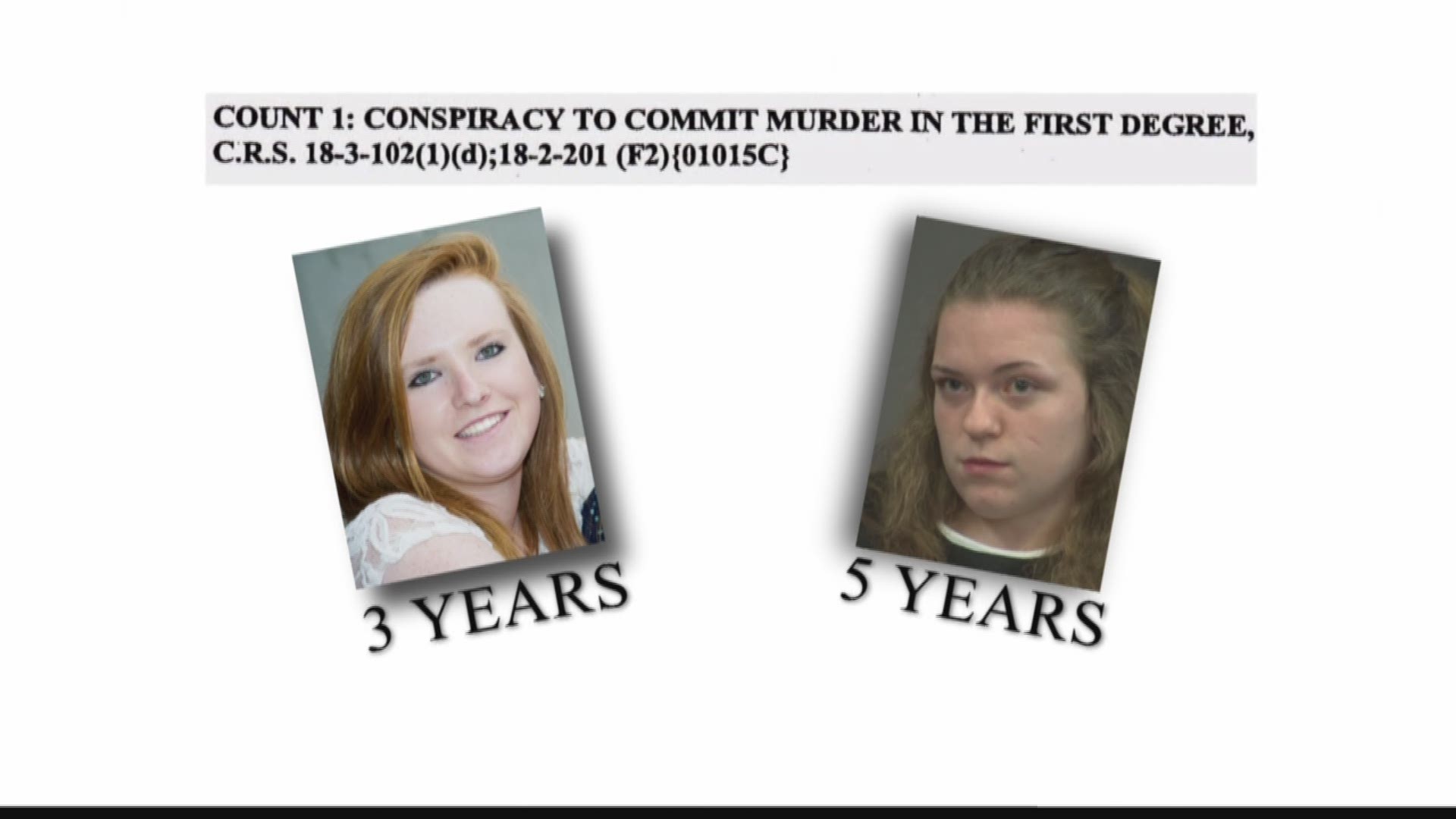 Interfering with a school by making a credible threat is a misdemeanor – but when George Brauchler, the top prosecutor in the 18th Judicial District, had to make a decision about what charges to file in the Mountain Vista case, he concluded that one didn’t fit.

It and another case in the 18th Judicial District, which includes Arapahoe, Douglas, Elbert and Lincoln counties, illustrate the difficult determinations that have to be made by the teams of people who try to assess whether a threat against a school is serious – and whether to file criminal charges.

The Mountain Vista case included disturbing journal entries – talk of murder, fascination with the Columbine killers – as well as a crude map of the school and talk of buying guns. But the girls had no guns and did not utter a threat.

The other involved a student with guns accused of telling classmates he’d shoot them, of threatening to “shoot up the school.”

“That's the real skill here, I think for law enforcement and ultimately our prosecutors, is to figure out what is a legitimate threat and what are just words,” Brauchler told 9Wants to Know.

In the first case, Mountain Vista High students Brooke Higgins and Sienna Johnson were both charged with conspiracy to commit first-degree murder, a felony. That despite the fact that they hadn’t bought any guns and hadn’t issued a threat.

In the second case, Endeavor Academy student Mitchell Meehan was charged with interfering with a school by making a credible threat, a misdemeanor. That despite the fact he had guns and threatened fellow students on a school bus.

“The evidence against each of the students is different, and so it doesn't surprise me that they charged them differently,” said Denver criminal defense attorney Dan Recht, who reviewed both cases at the request of 9NEWS.

In the case of Meehan, more serious charges may not have been warranted because the students he is accused of threatening weren’t sure if he was sincere.

“People talk about him talking about shooting somebody, but every one of them says that they didn't take him seriously and they thought he was joking,” Recht said.

Family members of Johnson, Higgins and Meehan either didn’t respond to requests for comment from 9NEWS or declined to be interviewed for this story.

The misdemeanor charge of interfering with a school is the primary vehicle for going after people who threaten schools. A 9Wants to Know review of every criminal case involving the charge found that 456 people have been charged with making a credible threat against a school since 2010 in Colorado.

More than 80 percent of them were juveniles.

In the Mountain Vista case, Johnson and Higgins were accused of planning to carry out the attack on Dec. 17, 2015 – the last day of classes before the holiday break at the Douglas County school.

A tip led to their arrests.

But in assessing the case, Brauchler said he didn’t have the option of charging them with the misdemeanor.

“I'm not sure they communicated a credible threat in a way that would have made it chargeable,” Brauchler told 9Wants to Know. “We were lucky in that we were able to put together the plan that they had made a conspiracy.”

Higgins and Johnson were both charged as adults with two counts of conspiracy to commit first-degree murder.

Johnson pleaded guilty to conspiracy to commit murder and felony menacing. She’ll be eligible to be released from prison when she’s 21, meaning she is expected to spend five years behind bars. She faces four years of supervised probation after that.

Meehan was charged earlier this year after fellow Endeavor Academy students said he showed them photos of guns and threatened to shoot them – and to attack their school.

According to an arrest affidavit obtained by 9Wants to Know, school administrators reported concerns about Meehan on Feb. 15 – the day after a former student is accused of opening fire at a Florida high school, where 17 people were killed and another 17 were wounded.

Deputies were told by two students that they were riding a bus with Meehan when they heard him talk about guns. A student also said that Meehan repeatedly posted messages on a social media website saying “that he was going to shoot up the school.”

His case is still pending. If he were to be convicted, he would face – at most – 18 months in the county jail.

Brauchler defended his handling of both cases, saying he filed the appropriate charges in each case and had no other options in either one.

“We don't have a lot of tools in the tool box to address threats in schools,” he said.

Recht said he wasn’t so sure.

“I respectfully disagree with George Brauchler,” he said. “There's something called felony menacing, which is a low-level felony, sits right between conspiracy to commit murder and the misdemeanor charge.”