A DNA match led investigators to Alex Christopher Ewing. Getting him transferred to Colorado took 20 months in long-cold cases. 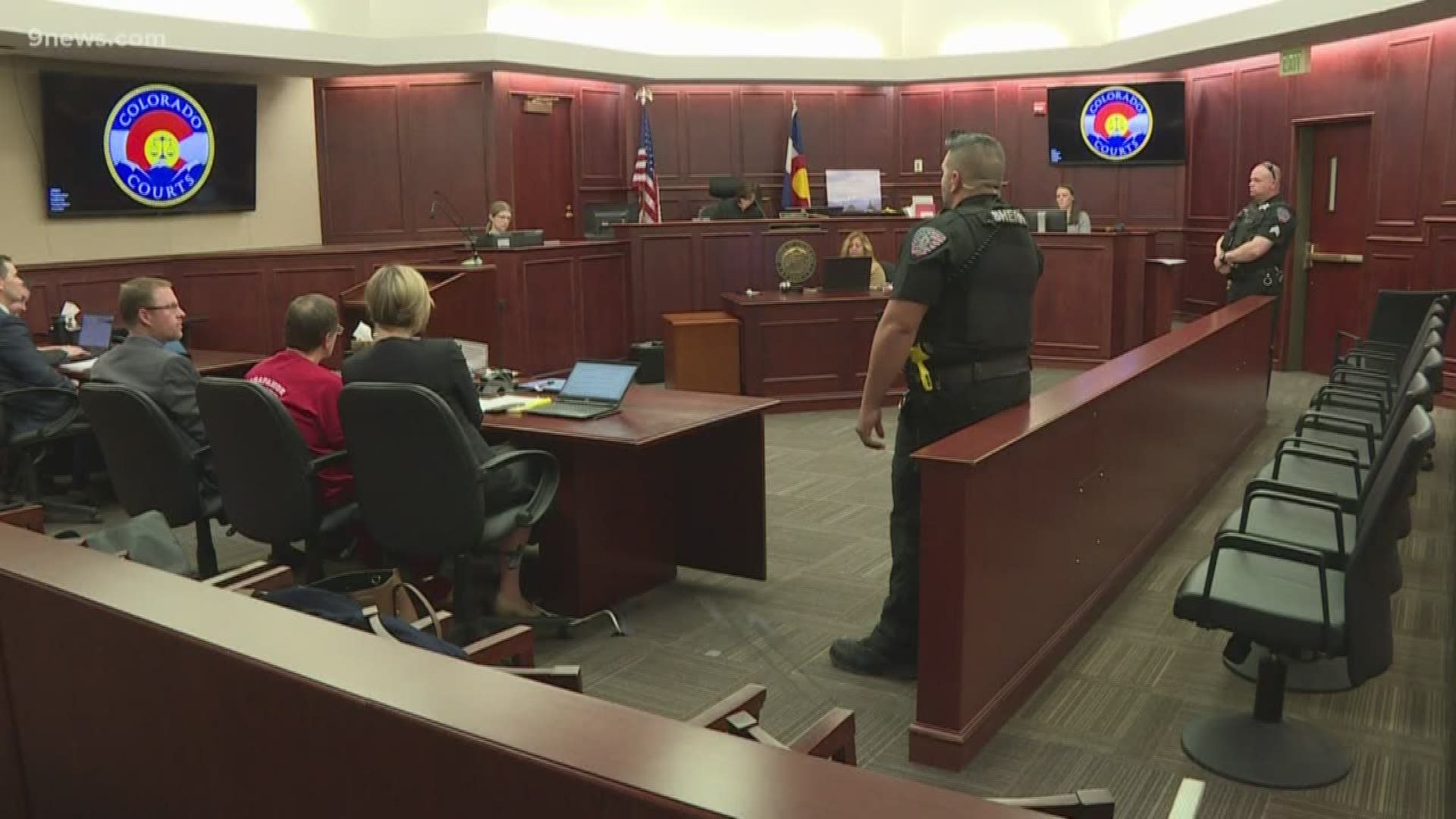 ARAPAHOE COUNTY, Colo. — Alex Christopher Ewing made his first court appearance Monday morning in one of Colorado’s most notorious murder cases – the killings of three members of the Bennett family in 1984 in Aurora.

Ewing, 59, arrived in court wearing a red jail jumpsuit, white socks, and orange sandals. A chain connected from his handcuffs to his ankle shackles jangled as he walked.

He faces 13 separate counts, alleging that he was the hammer-wielding attacker who killed Bruce and Debra Bennett and their 7-year-old daughter, Melissa, and critically injured the couple’s other daughter, 3-year-old Vanessa.

Although the hearing lasted nearly an hour, Ewing spoke only five times, softly answering, "Yes, ma'am" when District Judge Michelle A. Amico asked him if he understood the requirements of a protection order she issued. It bars him from contacting, harassing or intimidating weapons in the case, and from possessing weapons or ammunition.

He is being held without bail.

Ewing had arrived in Colorado early Friday afternoon after a 20-month fight to block his extradition from Nevada, where he was serving a 110-year sentence for an ax-handle attack on a couple there.

Ewing faces another court hearing in Jefferson County – it's set for March 10 – in the murder of Patricia Louise Smith, who was beaten to death in her Golden townhome a week before the Bennett killings.

Members of the Bennett family were not able to be at the hearing -- Connie Bennett, Bruce Bennett's mother, was traveling and could not get back to Colorado in time to be there, and Vanessa Bennett lives out-of-state.

But Smith's daughter, Chery Lettin, and grandson, Joe Reese, were there.

"I'm very glad we could do that," Lettin said after the hearing.

"Our thoughts go out to the Bennett family for sure," Reese said. "We're hopeful for justice and looking forward to this all coming to closure."

Ewing is scheduled to back in court in Arapahoe County in the Bennett case April 3.

The investigation frustrated and confounded investigators for decades before a DNA hit in July 2018 led them to Ewing.

Ewing’s transfer came exactly a week after the Nevada Supreme Court denied Ewing’s final effort to delay the move – and three days after his last-ditch effort to block it died at the U.S. Supreme Court.

Ewing had a series of petty crimes on his record when he arrived in Colorado in the summer of 1983. That’s when, according to court records, he obtained a Colorado driver’s license.

The next afternoon, Smith, a 50-year-old interior decorator, was surprised in the condominium she was sharing with her daughter and grandchildren, raped, and killed with an auto-body hammer. Her daughter, Chery Lettin, discovered her body later that night.

Six days later, on Jan. 16, 1984, the Bennetts were attacked. Bruce Bennett’s mother, Connie Bennett, discovered the bodies after the couple did not show up for work. 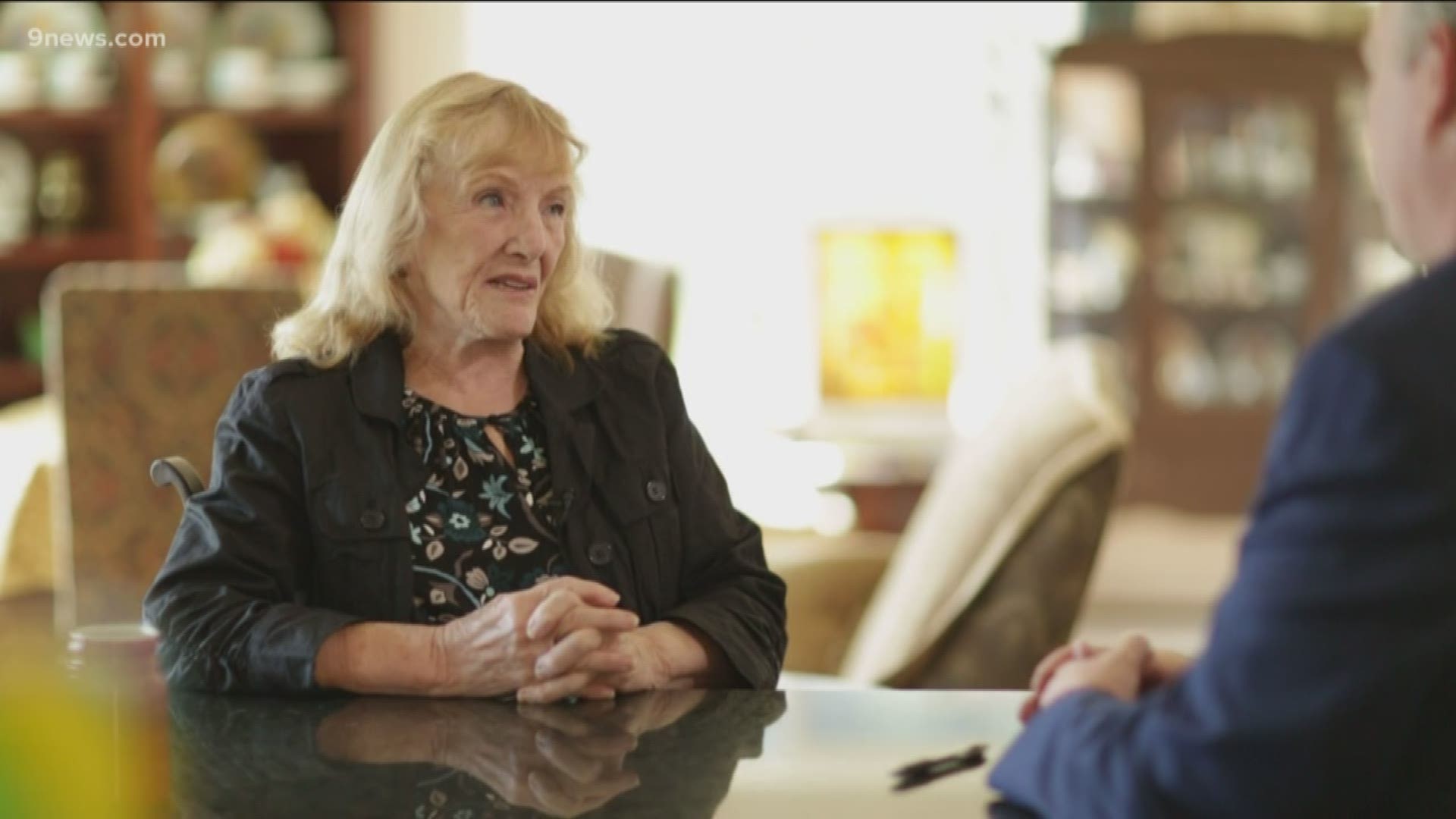 Jefferson County prosecutors have formally charged Ewing with four counts of first-degree murder and two counts of committing a crime of violence in Smith’s murder. One of the murder counts accuses Ewing of killing Smith “after deliberation.” Each of the three other murder counts alleges that he killed her while committing another crime – robbery, burglary and sexual assault.

Arapahoe County prosecutors have not formally charged Ewing in the Bennett case but obtained an arrest warrant in 2002 that lists 13 separate charges, including six counts of first-degree murder – two for each of the victims. One count in each case alleges the killings were carried out with deliberation, the other alleges they were committed as part of another felony.

Prosecutors in that case listed five sentencing enhancers – all alleging that Ewing committed a crime of violence.