"We're trying to build a health care system we can trust." 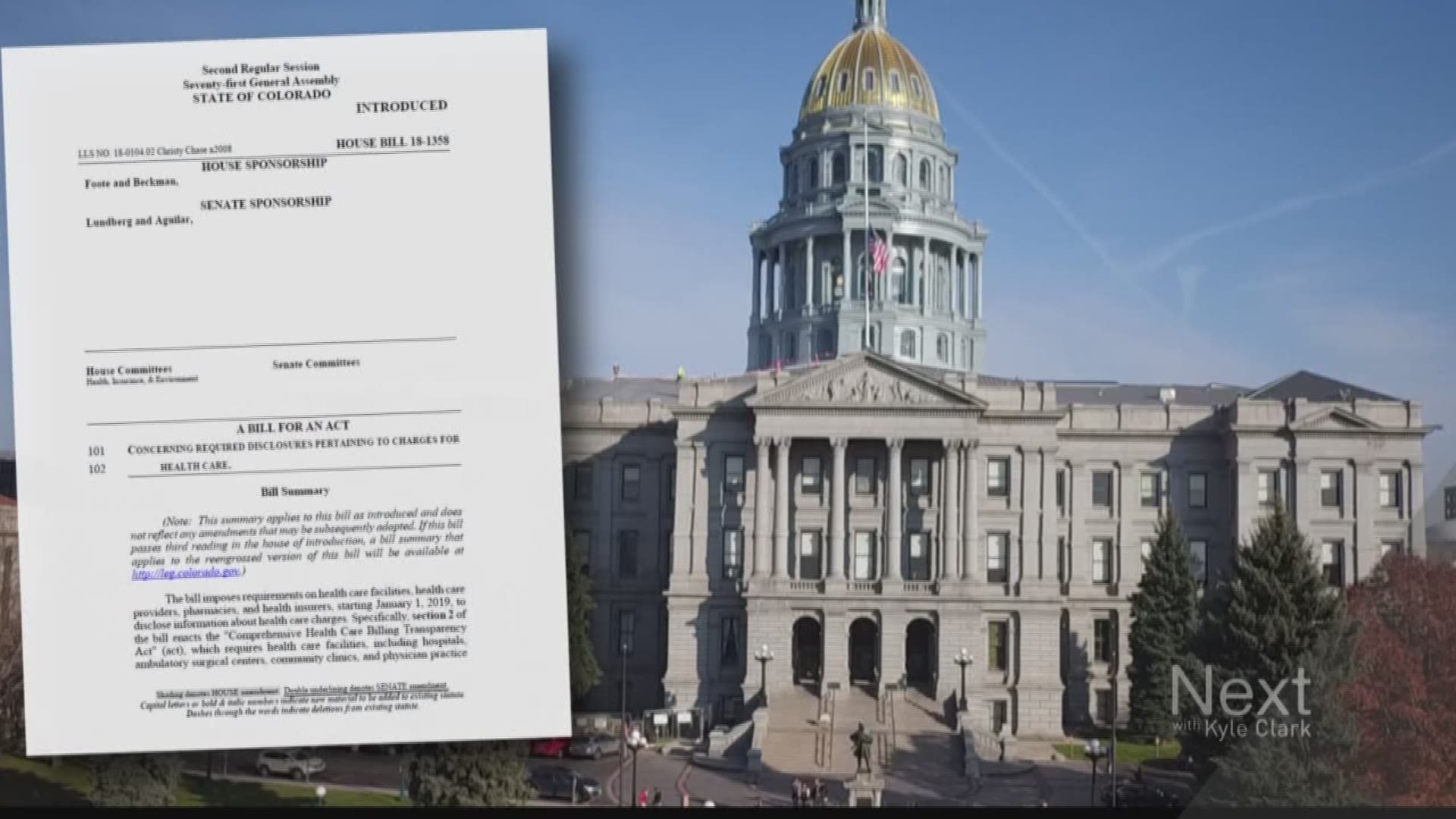 DENVER - A group of bipartisan state legislators will try to revolutionize the way Coloradans pay for health care. If they get their way, you would be able to access the true cost of what you might have to pay for any one of thousands of procedures, pharmaceuticals, and examinations.

House Bill 18-1358, introduced this week, is dubbed the "Comprehensive Health Care Billing Transparency Act." The focus of the bill would be to force medical providers, pharmaceutical companies, and insurance companies to be upfront with patients about costs.

"People ought to know what it is going to cost," said Sen. Kevin Lundberg (R-Loveland). "When you buy a car, you know what the price is."

Not so in the world of health care – where patients are often forced to guess what they might be charged for a visit to an emergency room, for example.

"Health care is the only thing I know of that when you purchase it, you don't know what it's going to cost," said Rep. Susan Beckman (R-Centennial).

"This is about transparency," she added.

"People complain about this all the time," said Rep. Mike Foote (D-Boulder County). "What this bill attempts to do is to address the entire system so it's transparent across the board."

The legislation is, in large part, the brainchild of Colorado businessman David Silverstein. 9NEWS profiled Silverstein last year when he suggested patients not pay their medical bills until hospitals and other providers provide more information as the how they arrived at the cost.

David Silverstein shows 9Wants to Know medical bills he refuses to pay until he feels the hospital has adequately explained its pricing policies.

He envisions a day when patients can look up the actual cost of anything in the medical world.

Currently, many providers will tell patients the "cash pay" rate of dozens of things, but the cost reflects only the amount a patient would pay if he or she was unable, or chose not to use insurance.

The new legislation also compel insurance companies to provide the negotiated rates to patients so they could better understand what they might have to pay using insurance.

Those negotiated rates are often kept secret, making it difficult for patients to budget actual impacts to their bank accounts.

Silverstein believes the legislation will turn health care in Colorado into the equivalent of a large grocery store.

"We're trying to build a health care system we can trust," he said.

The bill is expected to get a large amount of opposition from hospitals, doctors and insurance companies.

For tips on this, or any other story, email Chris Vanderveen at chris@9news.com or email showusyourbills@9news.com.