The water tasted and smelled weird, but was not dangerous to consume. 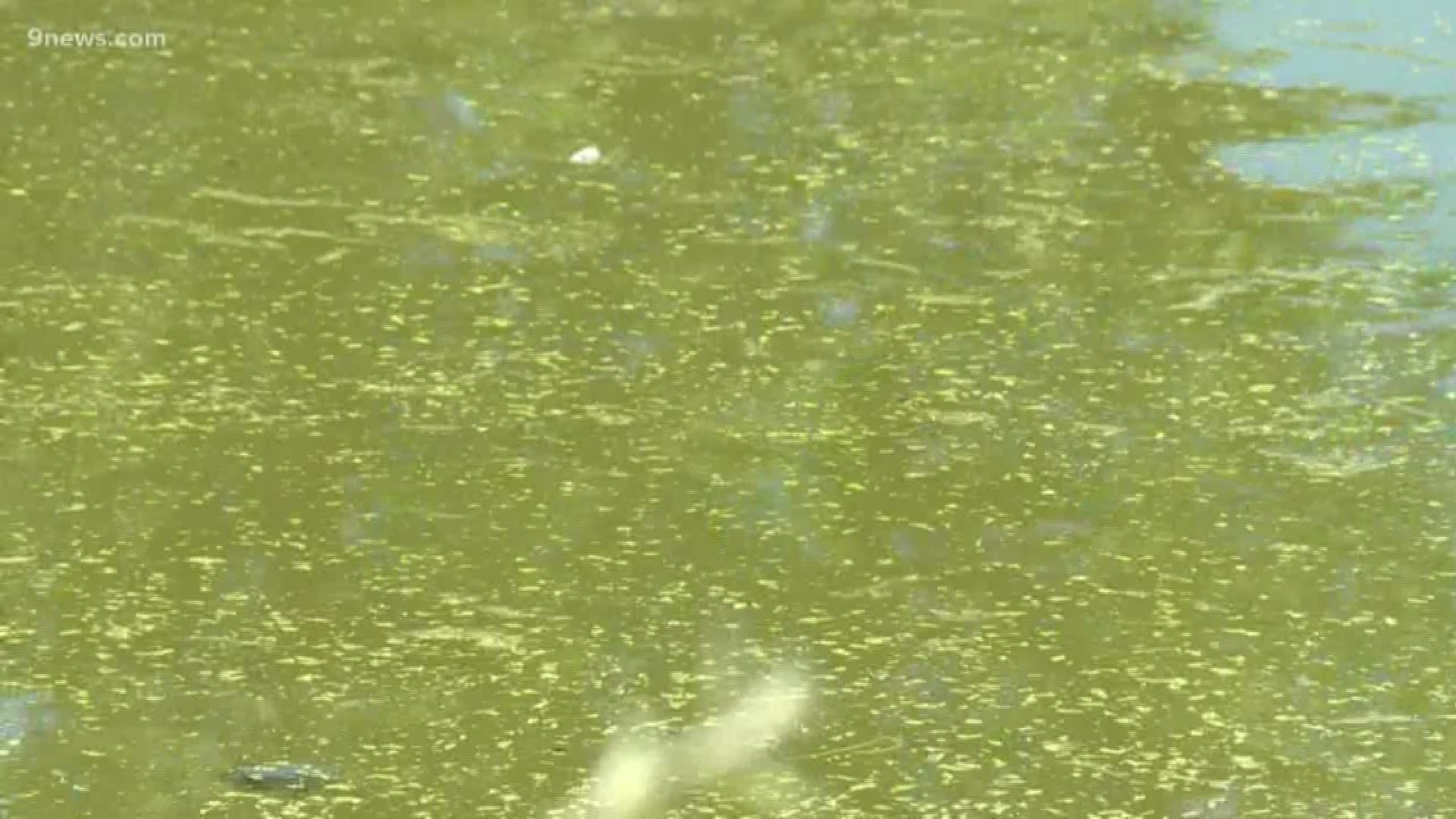 The City of Greeley said algae is to blame for bad-tasting drinking water in the city.

Lake Loveland and Boyd Lake provide more than 20 million gallons of drinking water to the City of Greeley every day. The algae bloom left that water tasting like dirt and metal.

The blooms happen when there are nutrients in the water, hot days and not much wind.

Every day, Greeley gets half of it’s drinking water from Lake Loveland and Boyd Lake. Both are now in the middle of algal blooms. The blooms rarely happen at the same time.

Algae releases byproducts that cause the water to taste and smell strange. Right now, Greeley’s water department said the byproducts released from the algae are 250 times stronger than usual.

"This is an example of climate change in our own backyard. The reasons there are more algal blooms is because the temperatures are slightly warmer every year," said Hall. "This isn’t going to go away. We really need to start thinking about how to protect ourselves and live with these as the earth becomes warmer every year."

Hall is working to create an app that can detect algal blooms using satellite images.

"If you can know when it’s likely to be a problem, you could increase your testing," Hall said.

Greeley said the water was always safe to drink but could have tasted strange for several days. The water was never a danger to the health of anyone who drank it.

The city said they are now treating the water to try and get all the taste and smell from the algae out of the water. They said it should be almost back to normal by the time it gets to your sink.