Colorado Parks and Wildlife said the woman was hiking on a trail near Aspen on Memorial Day when the bear charged and bit her. 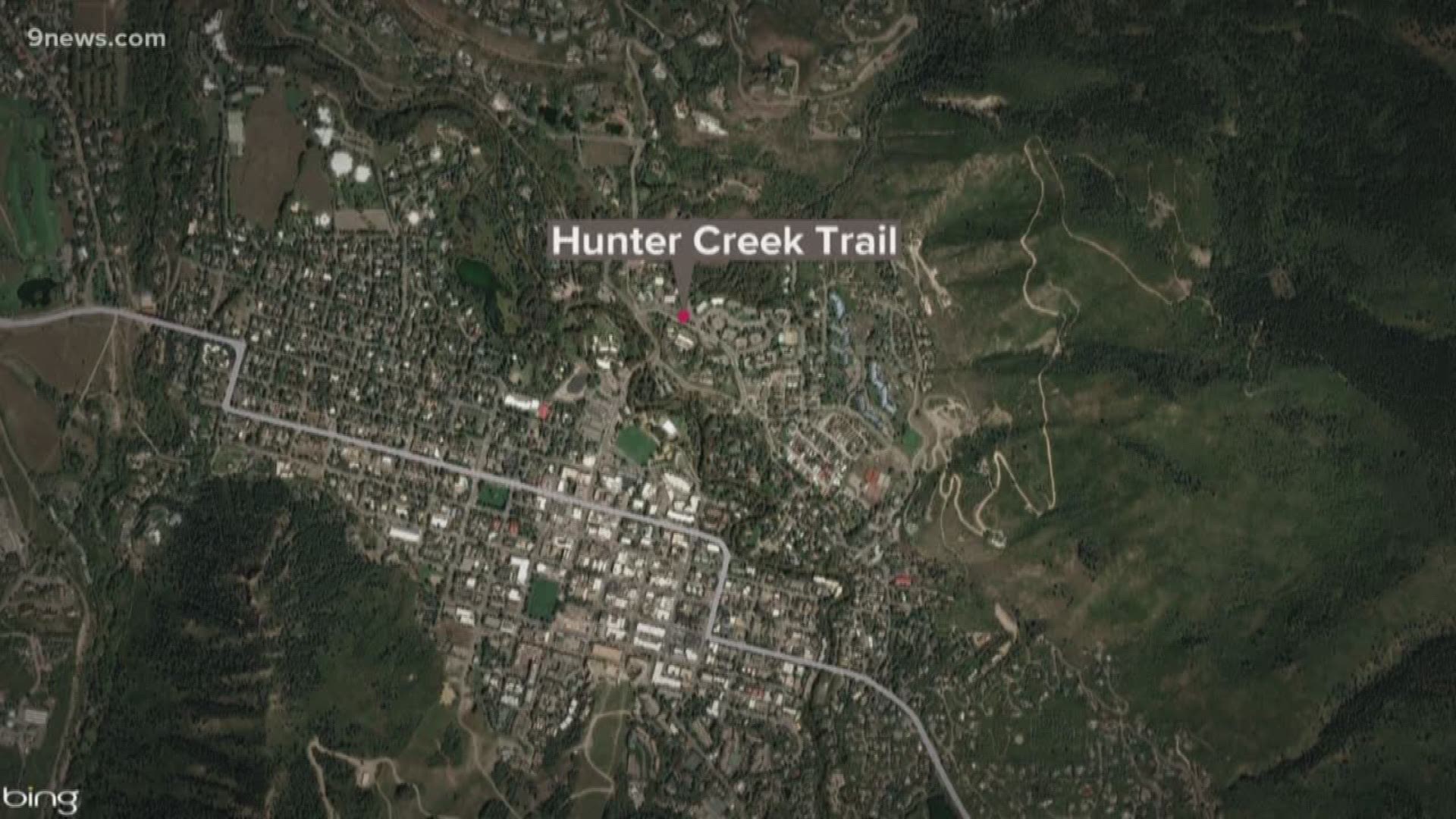 ASPEN, Colo. — A woman who was on a hike near Aspen Monday morning was bitten by a bear, according to a release from Colorado Parks and Wildlife (CPW).

The woman is expected to be OK, as the officers who were investigating the attack said her wound "did not appear serious."

The woman told CPW that she and her husband were hiking on the Hunter Creek Trail near Lone Pine Road in Aspen around 9:15 Monday morning.

On their way back to Aspen, the couple said they saw a bear coming toward them on the trail. The woman told CPW she stepped off the trail to allow the bear space to pass.

She said that as the bear passed, it "suddenly turned, charged and bit her," the CPW release says. It then ran off and disappeared.

CPW said the bear bit the woman on the thigh.

Wildlife officers are now attempting to track the bear and said experts with the United States Department of Agriculture's (USDA) Wildlife Services are helping to find it. They have also set traps for the bear.

CPW officers are urging those in the Aspen area to be cautious since the attack happened nearby and they think the bear may go into the town before they are able to find it.

CPW Officer Matt Yamashita said in the release that although bears usually stay away from people, if a bear has been fed or has lost its natural fear of humans, they can be extremely dangerous.

The bear will be put down when it is found.

"This is an aggressive bear and by policy, we will put it down if found," Yamashita said in the release." But until we find it, the public should remember what to do if they see any bear. If it appears aggressive or shows no fear of humans, do not approach it. Haze it away by yelling or banging pots and pans, then call CPW or 911 immediately."

Yamashita also said incidents like this one are very rare.

If you see a bear, CPW officials offer these basic tips:

The section of the Hunter Creek Trail to the Lanu White Trail is closed while officers try to locate the bear involved in this attack.