Joseph Garcia just found out he needs a second heart transplant. UCHealth and the Rockies wanted to brighten his spirits with a little help from Charlie Blackmon. 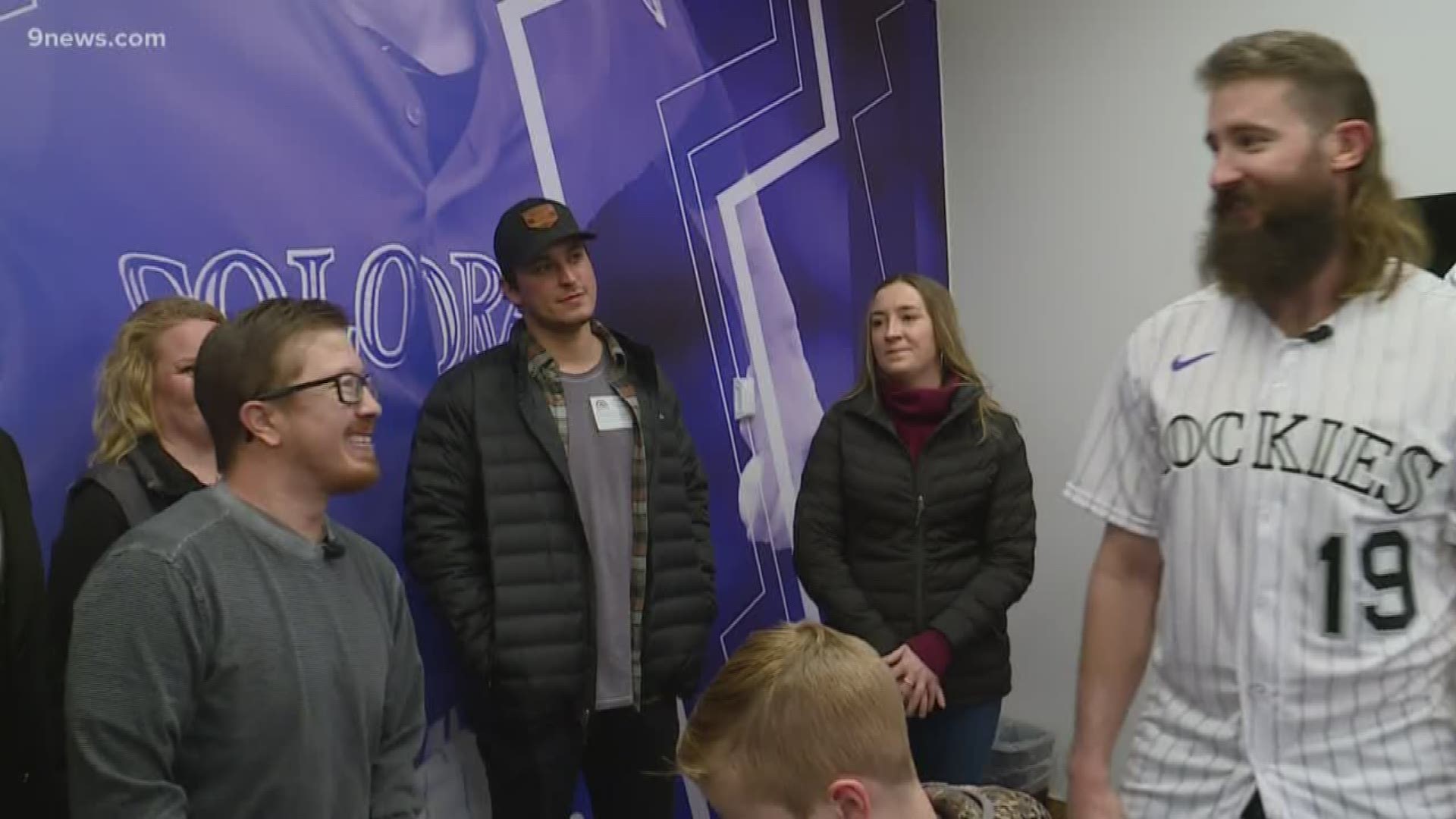 DENVER — It was not until Broomfield native Joseph Garcia was in his late teens that he knew something was wrong.

“I got sick, kinda like a cold, and then it just didn’t go away.”

Doing what he loved became more difficult: Playing baseball, fishing and hunting. At 20 years old, he finally got the news that he needed a new heart.

“I was very, very scared,” Garcia said. “I didn’t think it was something you could live through.”

With his family by his side, he waited three months in the hospital before a donor finally came through. By the time he left with his new heart, he was down to 85 pounds.

But that wasn’t going to stop him.

That was 12 years ago. Today, Garcia is a 33-year-old husband and father of two. He coaches his sons’ baseball team, is back to fishing and hunting all across Colorado, but he just got the news that once again, he needs a new heart.

“Just waiting for that call and it could be any time," he said.

While he waits, UCHeath and the Colorado Rockies wanted to brighten his spirits.

“He’s been through more than most people can imagine in his 33 years," UCHealth's Bill Smith said. "UCHealth is so lucky to be able to work with our partners at the Rockies in bringing this surprise to life for a lifelong baseball fan, husband and father like Joseph."

Garcia and about a dozen of his family members arrived at Coors Field on Monday for what they thought was a behind-the-scenes tour.

They hung out in a luxury suite and the Rockies locker room, before Rockies Center Fielder Charlie Blackmon showed up.

Blackmon and Garcia have a lot in common. The Rockies player is an avid fisherman, so the two spent time talking about their biggest catches and favorite spots.

Afterwards, Blackmon had another surprise: A trip to watch the Rockies at Spring Training in Phoenix.

“Hopefully you can bring us some good luck and get us off to a good start this spring,” Blackmon told Garcia.

Garcia's doctor did give him clearance to travel. He’ll be taking his father to Arizona at the end of the month.