Team Rubicon has been asked to assist with setting up furniture and preparing homes. 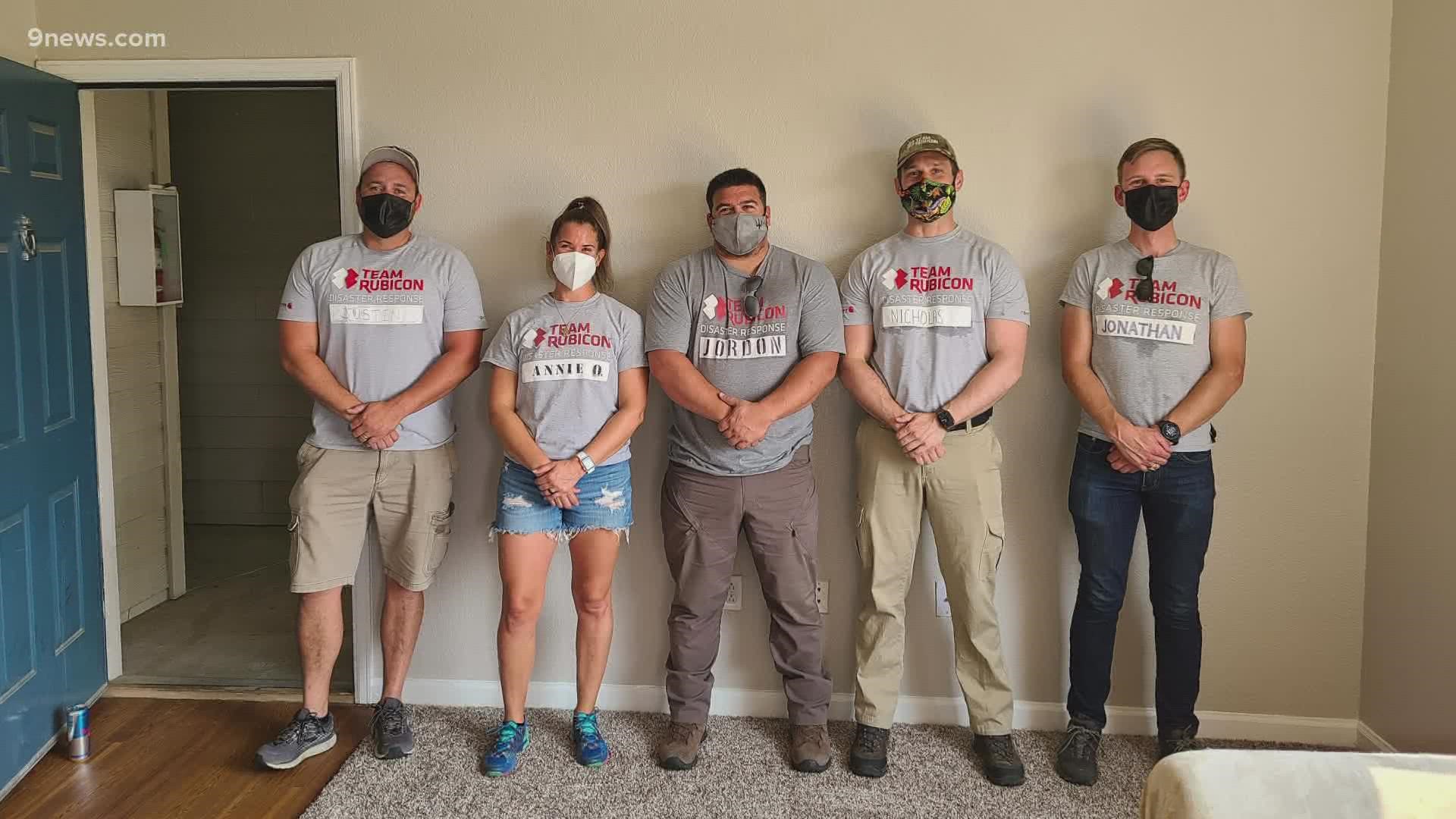 DENVER — With the chaotic evacuations over, Afghan refugees lucky enough to catch a flight out of Kabul were heading to new homes. Some of them are already arriving in Colorado.

A group of veterans was helping some get settled. Team Rubicon was working with other nonprofit groups to deliver furniture and set up apartments.

Team Rubicon in Colorado responds to natural disasters and helps various communities in the state with fire mitigation efforts. In his 11 years as a volunteer, Jordon Daniel said he has never seen a mission like this.

He was helping Afghan refugees call Colorado home by setting up furniture, hanging clothes and sorting silverware in kitchen drawers.

"It has definitely come full circle for me, being able to help and support an Afghan family after I spent time over there," Daniel said.

He joined the Navy soon after the attacks on 9/11. He always planned to enlist, he said, but that day sped up the process.

The project to help refugees in Colorado began the same week that the last American soldier left Afghanistan. As they watched the Taliban takeover, this kind of service was helping soldiers, like Daniel, to heal.

"Watching it unfold on the news, there really isn’t anything any of us can really do and stuff, but what we can do is this," he said. "We help alleviate somewhat of a culture shock going from a war zone to a location here, just east of the Rocky Mountains."

RELATED: Yes, there is a vetting process for Afghan refugees coming into the US

"It definitely helped heal wounds from war I didn’t know were still open," he said.

Back in Colorado, this group of veterans was still finding a way to serve, no matter the kind of call for help.

"We had this whole support network back home we were able to lean on and rely on to support us," Daniel said. "Now it is our chance to support you all."

The Colorado team was working in coordination with the International Rescue Committee. Team Rubicon is always looking for volunteers, even people who are not military veterans.