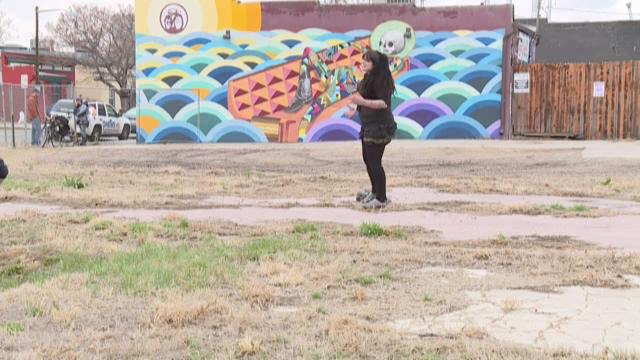 A proposed tiny homes village for homeless people in RiNo Art District is closer to becoming a reality.

The City of Denver's Department of Community Planning and Development issued a temporary zoning permit for the project to be built at the intersection of 38th and Walnut streets.

The plan is for 14 homeless people to move into 11 different tiny homes. They'll share a community restroom and kitchen area. They'll also govern the village.

One of the people expected to move in is Kristine Jones King. She's currently juggling a job while taking classes at Emily Griffith Technical College.

“Not having a place to go back to after working and going to school is putting a lot of stress on me – physically and mentally," she said.

She's hopes her new home will change that.

One of Denver Homeless Out Loud's organizers, Terese Howard, says the tiny homes village is a step toward a much bigger goal.

"Everybody has a right to a home regardless of your income, regardless of where you come from," Howard said. "That's what this is about."

Groups behind the initiative are still waiting on building permits and a couple hundred more dollars before they can actually begin building, but they're hopeful that will happen within a few weeks.