In 2014, Arlan Preblud drove his Volvo to restaurants and stores to pick up unwanted food. 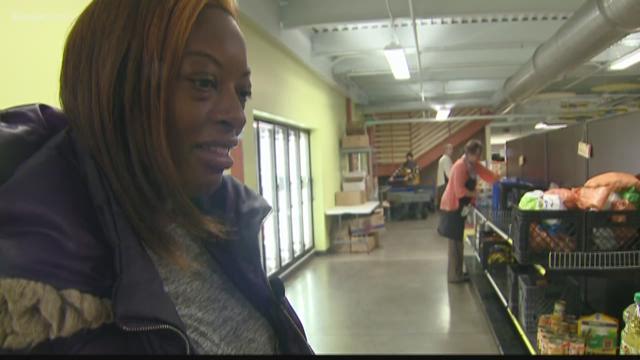 In 2014, Arlan Preblud drove his Volvo to restaurants and stores to pick up unwanted food.

Some produce had bumps or bruises that prevented them from making the shelves. Some food was nearing its sale date. Preblud turned all of that into full stomachs through the nonprofit 'We Don't Waste.'

“By in large all of those products taste just as good and are healthy and nutritious for us, but we don't put up with that,” said Preblud. “It bothers me in that about 40 percent of the food we produce in this country is thrown away.”

His model became so successful that the nonprofit has expanded to an 11,500 square foot warehouse. Deliveries and pickups now take three refrigerated trucks. And in 2016 the organization collected nearly $33 million in would-be wasted food.

“If there's food out there and it's being thrown away, why not find a better use for it,” he said. “More and more people are looking at sustainability and recognizing there's a real problem in this country when it comes to addressing the needs of the poor and those that are less fortunate and we should be doing everything we can to refocus the food we are producing and redirecting it to people that need it most.”

One of We Don't Waste's biggest focuses is making sure the food banks they deliver to reach children. Metro Caring receives regular shipments of food from We Don't Waste. Evangeline Williams has four children and another on the way. She appreciates the fresh vegetables.

“I mostly take them home, cut them up and put them in the freezer so it'll last me pretty much all month,” Williams said of the vegetables she collects from Metro Caring. “My oldest son is 18. And, oh my god. He eats the most.”

The food keeps her children fed and helps her pay other bills. It's exactly what Arlan set out to do in 2014.

“It's almost impossible to learn when you're hungry each and every day and your worried that when you leave school, is there going to be food on the table when I go home?” he said.

For more information on the nonprofit or to make a donation, go to this link.