DENVER - He likes Disney's Frozen, loves Harley's, lives for riding his bicycle and is a firefighter at heart. 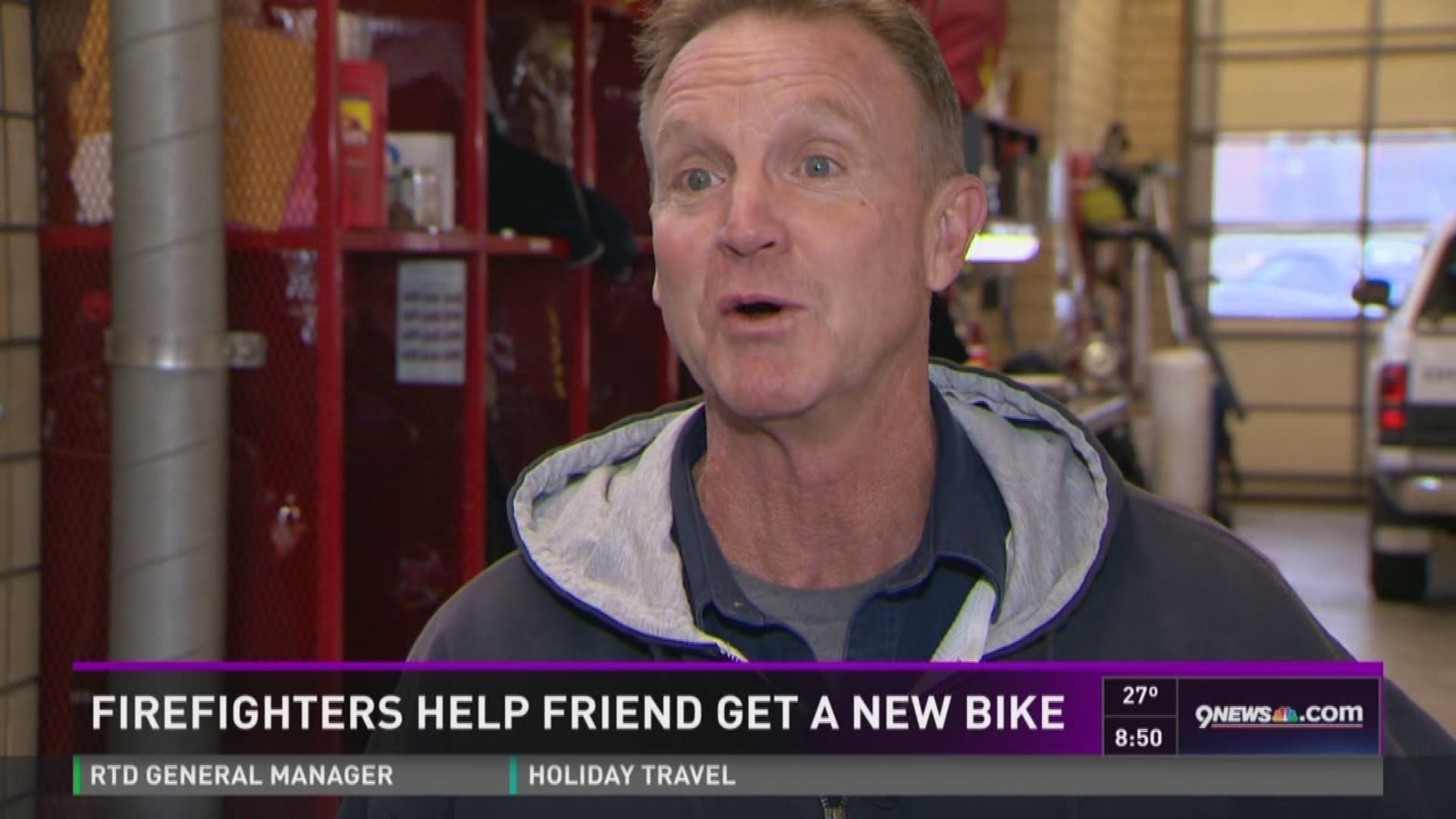 DENVER - He likes Disney’s Frozen, loves Harley's, lives for riding his bicycle and is a firefighter at heart.

His name is Gil. He’s 50 years old and a regular at the firehouse. Recently he was injured and things just haven't been the same without him around.

So the firefighters decided to do something extraordinary for him.

Gil's been riding his bike, rain or shine, for nearly two decades more than 20 miles a day to visit his friends at the firehouse.

"He's been coming around the fire firehouse for the last 15 to 20 years regular. He's got about four or five firehouses that he makes regular stops. I know that he's here every morning at 6:15 for coffee," says" Denver Fire Lt. Steve Hart. "He wakes the guys up and gets them rolling...After three cups of coffee he’s on his way."

A few months ago Gil's bike fell on top of him and broke his leg, so the firefighters at Station 6 decided to raise money (and put in a lot of their own) to build a custom bike with a motor and shed to store it in, with a total of more than $3,000.

They partnered with Turin Bikes, another one of Gil’s regular stops.

"I’ve known Gil for 20 years ...He's been coming in here for a really long time. He always brightens the shop up when he comes in," says Steve Donovan, Service Manager at Turin Bikes.

They decided to go with a three wheeler so he doesn’t have to balance anymore and gave it the finishing touches they know he’d want.

He’s got to have the chopper bars, the lights, the skulls and the flames," says Donovan. A gift for someone they call a gentle soul.

A way to pay him back for the spirit he’s brought to the firehouse for nearly two decades.

“I hope that all the people of Denver when they see Gil - they give a honk and a wave and just watch out for him...because he’s got a new machine and is going to be on the roads," says Hart.