The Glenwood Canyon closure means it takes more time and more resources for commercial drivers to do their jobs. 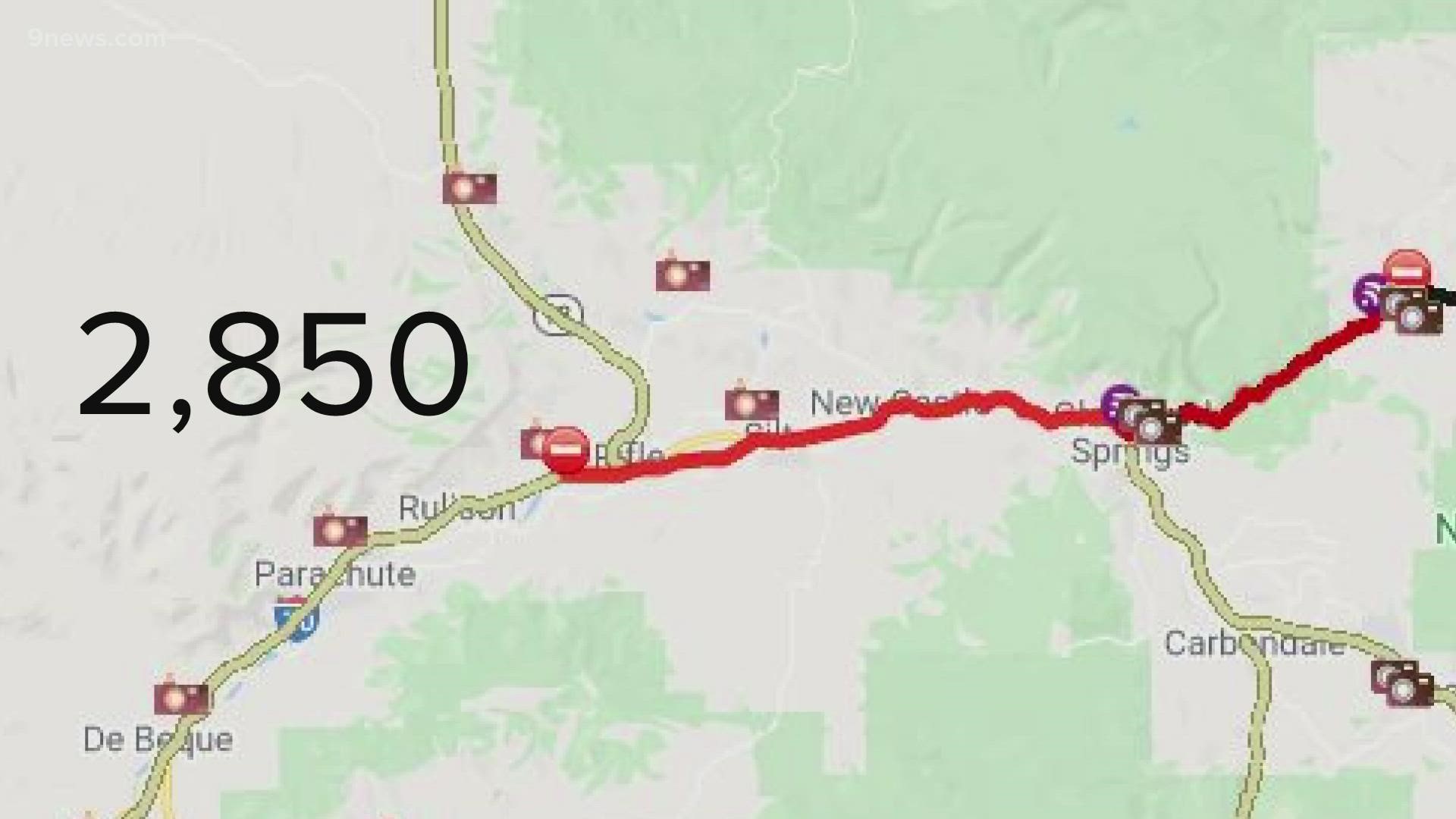 COLORADO, USA — It’s a tough time to be in the business of transportation.

“Between driver shortages, fuel shortages, normal construction season, and now Mother Nature and I-70,” said the owner of Hill Petroleum, a petroleum distributor that delivers fuel across the state of Colorado.

I-70 is only his latest headache. But now a week into the closure through Glenwood Canyon, with no end date in sight, companies like Hill’s are feeling the impact.

“Trying to get fuel from east to west is difficult right now,” he said.

Truckers have limits on how many hours a day they can drive. Hill said a trip that used to be a one-day job across the state and back now might require an overnight stay and another day of driving.

“A traditional turn would be 4.5 to 5 hours. We’re probably now at 7-8 [hours],” he said. “And if you include load and offload time, the guys that are south of I-70 coming here for fuel, they couldn’t get a driver back in a shift day. They’d have to lay them over because of the delays.”

CDOT shared data about the number of truckers that typically use the stretch of I-70 currently closed:

Greg Fulton, President of the Colorado Motor Carriers Association, says the timing of the I-70 closure puts even more pressure on an industry already under pressure.

“We are already in a driver shortage – it couldn’t happen at almost a worse time,” he said.

“We’re having to spread the limited resources that much further – and it's resulting, in some cases, in shortages or delays and that’s going to occur for a while,” he said – adding, the consumer will feel the impact, too.

“Trucker salaries, wages, are going up. The cost of fuel is higher... And you, as a consumer, are paying more in the end.”

Leading a Colorado-based trucking company, Hill says he’s accustomed to the weather and the mountains affecting his business operations. And the labor shortage, he says, is a years-long problem.

“Just do the best you can do, is the mantra,” he said.

He’s also quick to credit CDOT and the Colorado State Patrol, who he said have helped companies like his to safely access routes between weather-related closures.

“Getting in and out of that corridor is difficult at best,” he said.