Is a lack of truck drivers impacting gas supply at some stations?

While industry experts say a shortage of truck drivers is not a new issue, it could be part of the fuel for a recent supply issue at the pump. 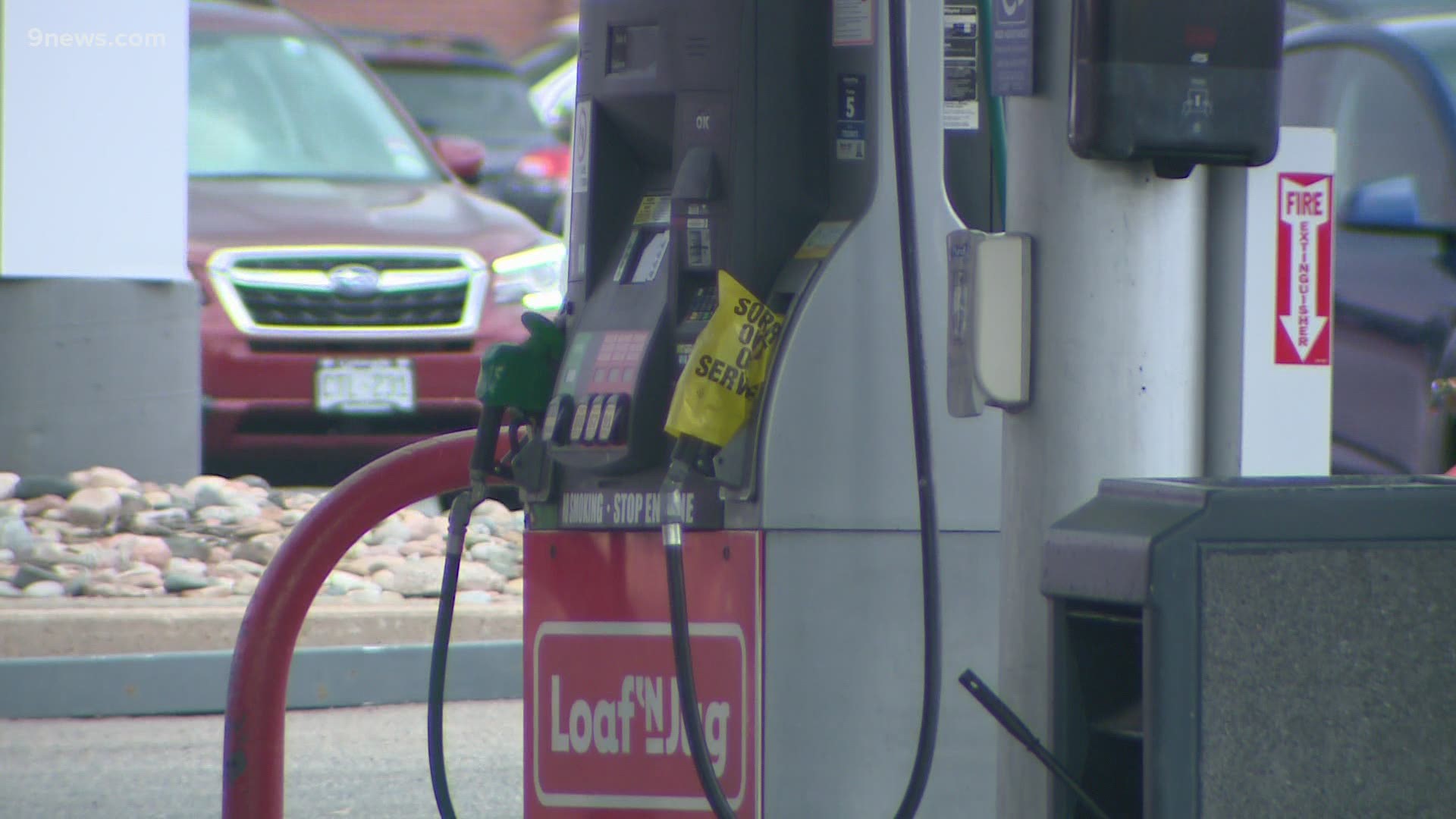 Some Coloradans may have seen more of the brightly-colored "sorry out of service" bags covering some gas pumps recently.

While industry experts say a shortage of truck drivers is not a new issue, they also say it could be part of the fuel for a recent supply issue at the pump.

In places like Pueblo and Cañon City, drivers have also reported some struggles in finding gas.

But Fulton and another out-of-state industry expert list several different reasons for why it could be happening.

The pandemic, supply chain and more

Fulton with CMCA explained that while the situation of getting more truck drivers on the road isn't new, he believes it has worsened over the last several years.

"And part of that is that the average age of truck drivers in our country is 55 years old. And one of the things that we found happened over this last year during the pandemic is a number of the older drivers, rather than being at risk during this, because you had to be out there. I mean, we were one of the essential working groups out there during that time, that they chose to retire or leave the industry at that time," he said.

He says that, combined with COVID-19 restrictions causing truck driving schools to temporarily shut down, caused a pause in getting more truck drivers licensed.

Later, Fulton explained that he believes another major factor is that "panic buying" appears to have set in, contributing to the shortfall.

"Drivers are afraid of fuel running out so they are filling up their tanks and topping off their tanks on all their vehicles," he said. "...The perception of a greater shortage is driving demand to higher levels than normal."

RELATED: VERIFY Weekly: The Colonial Pipeline shutdown was just one reason for the gas shortage

According to the Bureau of Labor Statistics, the employment of heavy and tractor-trailer truck drivers is projected to grow 2% from 2019 to 2029, which the bureau says is slower than the average for all occupations.

Fulton says that as the demand for the more truck drivers grows, so does the pay over time.

He adds that competition in the market for truck drivers currently has increased.

"...what's happening is we're competing in this market not only within the state for truck drivers and among the different companies who we're competing on a regional basis as well," Fulton said.

RELATED: No, a woman was not filmed filling plastic bags with gasoline during the 2021 supply shortage

Overall, he adds that the issues may remain consistent over the next few weeks, due to maintenance potentially going on at oil refineries.

"It could get a little bit worse in the next few weeks just because one of the other things that happens with the refineries in the summer is they have to do maintenance to carve out a period of time. And generally that's going to happen in the next few weeks here. And that means you're going to constrict actually the amount of fuel and which means we're having to travel further to get that fuel, which is going to take that much more time on this," he said. "...And so I think, you know, it's going to be a challenge - It's one of those items where I think our companies are doing everything they can out there, honest to really meet this."

Out of state expert weighs in

Jim Grundy, the owner and CEO of Texas-based Sisu Energy LLC, agrees that the pandemic closing truck driving schools could have played a role in the supply problem happening now, as well as the struggle to hire new truck drivers.

Generally speaking on hiring truck drivers, he estimates this issue may continue for another two to four years.

"...when you have thousands of folks not coming into trucking or or not applying through all of 2020 and 2021 really haven't seen those numbers uptick either," he said.

He adds that despite rising wages, it's been difficult find new truck drivers.

"...it was incredibly difficult to find truckers that trust the industry and trucking in general to get back on the road and to go back into debt and purchase tractors. You've seen an uptick now and folks are starting to trickle back into our space, but it's not near at the pace that's needed to keep up with commerce," he said.

He also says acquiring new trucks has become an issue as well.

He also says that overall, the competition to get truck drivers contracted is increasing.

"...What you have right now is a small number of truck drivers that are well versed in the various commodities and some can do bulk transportation, some can do refrigerated..." he said. "You're seeing the industry itself compete for truck drivers..."