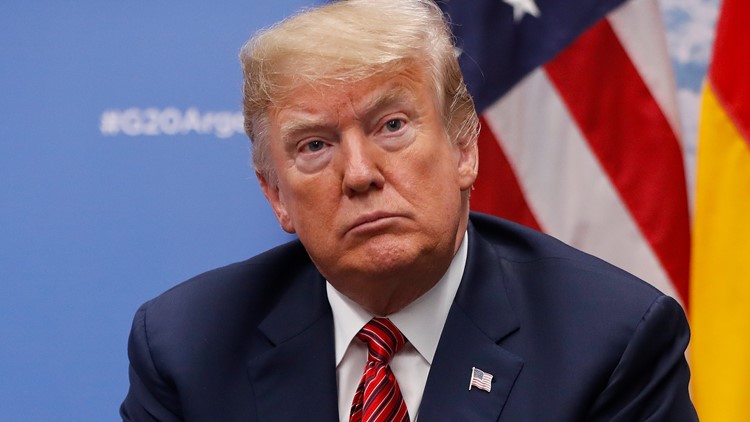 Photo by: AP Photo/Pablo Martinez Monsivais
President Donald Trump listens to questions from members of the media during his meeting with Germany's Chancellor Angela Merkel at the G20 Summit, Saturday, Dec. 1, 2018 in Buenos Aires, Argentina.

U.S. Space Command was put back in business Tuesday with a memo from President Donald Trump.

The memo ordered the Pentagon to re-establish the four-star command, which will likely again call Colorado home.

U.S. Space Command was headquartered at Peterson Air Force Base in Colorado Springs for two decades until it was folded to establish U.S. Northern Command following the 9/11 attacks.

The command is a step toward establishing the Space Force that Trump has long touted, but it remains unclear whether that separate service will pass congressional muster.

There's much more about Trump's order. Read it at Colorado Politics