Multiple fires break out after Fourth of July fireworks

Multiple fires broke out in Colorado Monday night as fireworks shows concluded across the state. 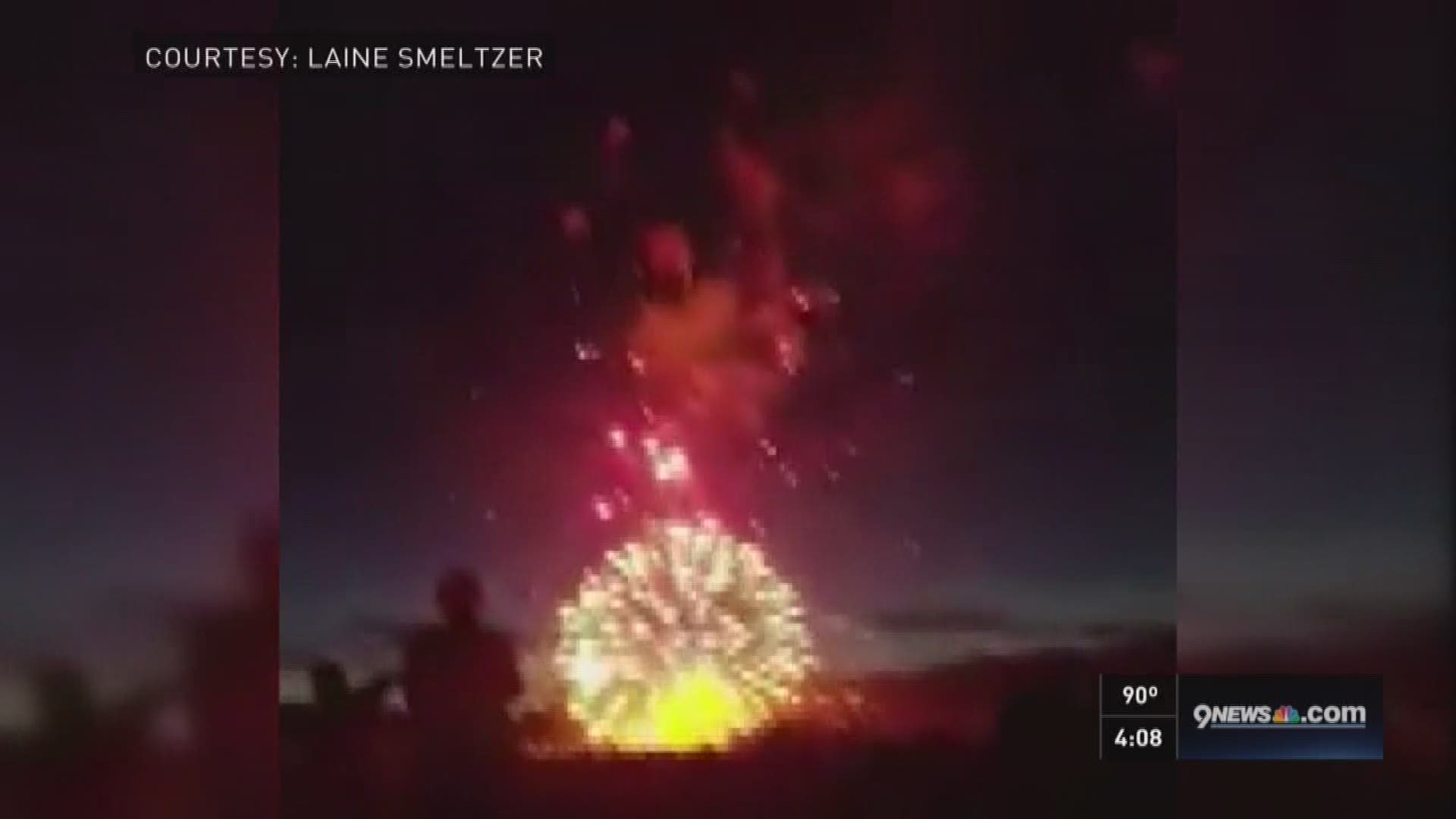 Multiple fires broke out in Colorado Monday night as fireworks shows concluded across the state.

One of those fires broke out near southbound Interstate 25 and 26th Avenue. Denver Fire says they got reports that the blaze started because of fireworks, but that hasn’t been confirmed.

The official cause is under investigation.

Firefighters say no structures are threatened, though there are a few commercial buildings near the fire area.

What caused the blaze is under investigation.

In Fairplay, one person was injured after an incident involving fireworks.

Officials say a mortar exploded prematurely about ten feet off the ground, igniting a container of a 100 other mortars, causing them to explode. One town of Fairplay employee was taken to Summit Medical Center in Frisco, but has since been released.

Video from a 9NEWS viewer shows fireworks apparently detonating on the ground, before the show abruptly comes to an end. The town of Fairplay is conducting an investigation into the incident.

Fairplay fireworks did not go as planned - no one injured, thankfully. Video from Laine Smeltzer. pic.twitter.com/w44cfBOOxs

Back in Denver, the fire department confirms crews battled a blaze that broke out on the roof of the Nordstoms at the Cherry Creek Mall. That fire was quickly put under control.

The cause has not yet been confirmed to be fireworks.