"There’s a certain stigma that goes along with being educated and speaking properly ... you’re supposed to speak a certain way, I guess." 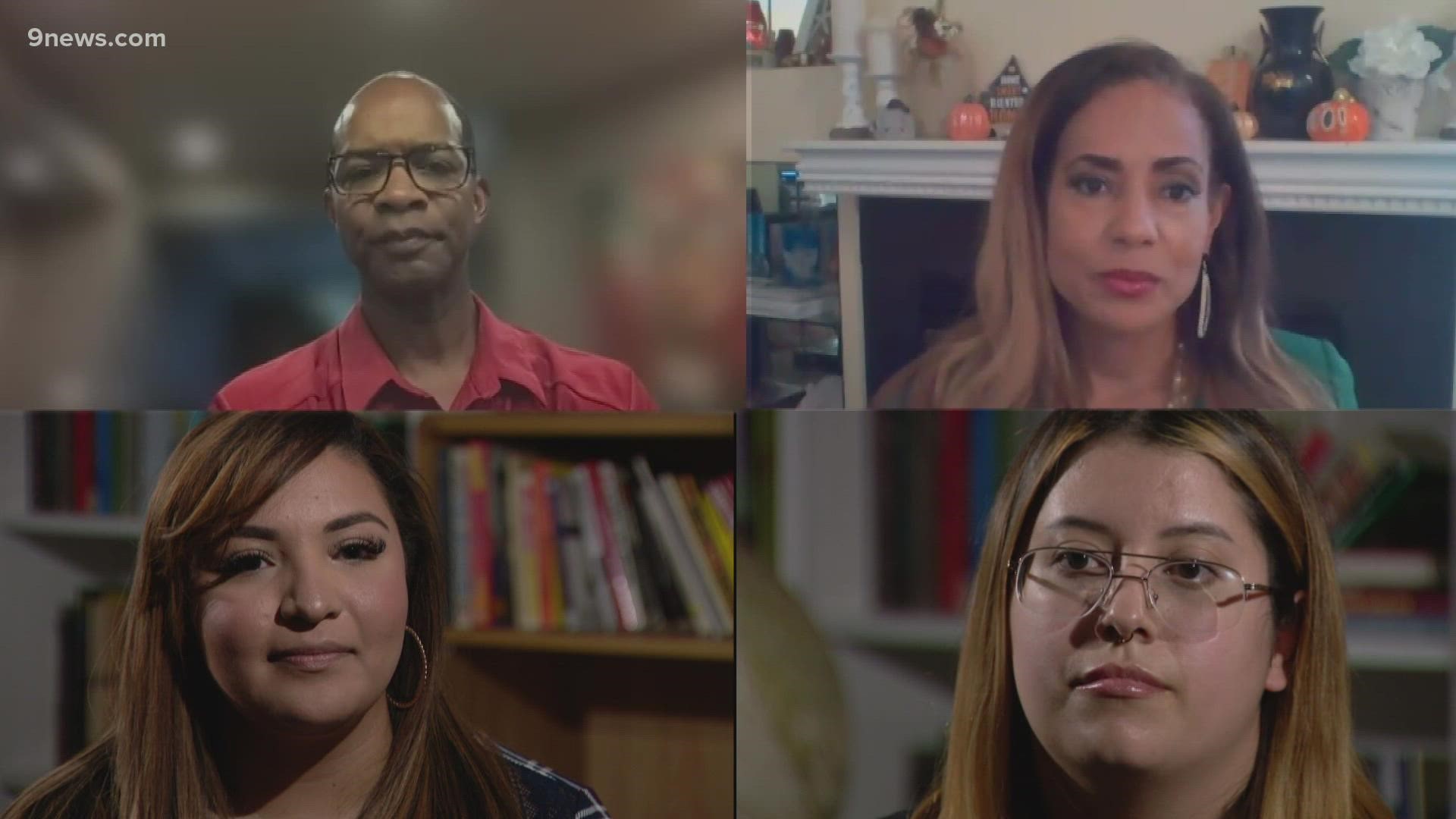 DENVER — Impressions can be made within seconds. Sometimes it's the way we dress that has an affect on people, or the way we talk, or the hobbies and interests we have.

Leaving an impression on someone doesn't always lead to a good experience. Instead, it may lead to hearing the phrase "you act white." While some people may say it in a playful manner, that doesn't diminish the racist sentiments behind it.

We spoke to four Coloradans who shared their own personal experiences.

RELATED: The past, present & future of La Raza Park

Alec Wynne was in high school the first time he said he was labeled a "white Black man."

"I’ve always kind of been on this path of excelling academically," he said. "There’s a certain stigma that goes along with being educated and speaking properly, and if you’re from a particular ethnicity group, you’re supposed to speak a certain way, I guess."

Wynne said the phrase never bothered him until he got to college, where the accusations of being a "white Black man" continued.

"You’re messing with someone’s identity, right? Especially early on when everyone becomes themselves."

He did his best to look past the comments, but even in his adult life, they still come up.

"It didn’t really sting as much as it does now in my adult life because you’re like, how can someone still label you that way and you’re pretty accomplished?" said Wynne.

In Portia Prescott's experience, she said "Black-acting" has been defined by mannerisms, how she wears her hair, diction and vocabulary.

"For those of us who come from a background of slavery, we were ripped away from our cultural heritage, so our native tongue is the American English," Prescott said. "So to believe that there’s something unique about pronunciation because you’re Black and that makes you Black, or white, or Black-white acting, it’s frustrating."

Prescott said her daughter, now 19-years-old, would also have people call her the "Blackest white girl they know" because she "talks proper," or because she skis and snowboards.

Being accused of not connecting with one's own culture or heritage can lead to diminishing that person, Prescott said.

"You shouldn’t be ashamed of you are, or lessen yourself because someone has an expectation or their own thing going on how you sound and what they want you to sound like."

Myranda Valdez is a proud Chicana who is on her way to obtaining her bachelor's degree in Chicano/Chicano studies from Metropolitan State University (MSU) in Denver.

As half Mexican-American and half white, she said she grew up hearing "you're just a white girl" plenty of times.

Valdez shared that the whole concept of associating education and success with whiteness is strange to her.

"All of my friends are all Latino, they’re all pursuing these amazing careers, they’re going through these amazing degrees, and even if they don’t have a degree, they are succeeding in their life," she said.

Growing up, Valdez said she had a lot of struggles figuring out her identity. It wasn't until college when she felt empowered by her Chicana culture.

Eloisa Altamira said the last time someone said she was "white-washed" was just two weeks ago. People accuse her of acting white because of where she lives, where she went to high school and because she takes her education seriously.

Altamira is also a senior at MSU Denver who is majoring in Chicana/Chicano studies.

"I have pride in my culture," she said. "So when I was growing up, it definitely did impact me."

Altamira said these comments often come from friends and family members. It's usually when she expresses that she needs to study or do something related to school. She said her siblings are also accused of acting white.

"My brother has a nice car because he saved up, so people will see his car and call him 'white-washed,'" she said.

The research and experts

A  2019 study, done by professors from the University of Michigan, University of Chicago and North Carolina State University, deconstructed the "acting white" phenomenon in Black and Latinx college students. The study looked into four themes including: speech/behavior, style/social preferences, cultural ideologies and academics/success.

The spoke to more than 500 Black and Latinx students at two private universities with a median age of 18. Participants responded to questions explaining how the sentiment affects them in different ways, or why they use that term with their peers:

Dr. Chalene Lechuga, a Chicano and Chicana studies professor at MSU Denver, said this study is another in a long list that dispels the idea that Black and Latinx students don't do well in school out of fear of being accused by their peers that they were "acting white."

Lechuga said it's important to not blame communities for opportunity gaps that have historic, systemic roots in racist inequities.

"It’s not to dismiss individualized experiences with being, you know, called white or folks 'acting White', but it’s really sort of asking us to think more complexly about that and how the school structure has a role in that."

She believes embedding cultural experiences of all communities in school curricula and teaching students about historic exclusions of non-white people, could help dispel these myths for good.

"We should have this kind of access to the culture, history, and contemporary experiences of their communities … so that they can understand the barriers that have been put in place."

Ethnic studies graduate student with the University of Colorado Denver, LeRita Cavness, said the 2019 study concluded there needs to be more research into cultural invalidations such as the "acting white" term and the widespread implications it has.

In their conclusion, the researchers wrote: "[Acting white] represents a common invalidation for people of color and a broader examination of cultural invalidations may help researchers classify identity threats that discredit or undermine specific social identities (e.g., gender, religion, social class, etc.). Claude Steele (2010) argues that all human beings are susceptible to stereotype threats; we posit that all human beings are similarly susceptible to cultural invalidations whenever the proto-typical norms of a social identity are violated. As additional research dissects these intricate social dynamics, the breadth of cultural invalidations will become more evident and improve our understanding of their robust implications."

Cavness said even playful accusations often lead to setting "ideals" that should not exist.

"None of us are an ideal anything and if we continue to look at ideals as something that we should all be, we will continue to devalue anyone that slightly differs from what that ideal is," she said.

"We have a false expectation of all races, not just some races, and we need to understand that we are more alike and we are different," said Cavness. "Until we begin to gaze into each group with equity, we wont understand why we are holding on to these things that we don’t see."