A look at Colorado's persistent problem with unemployment for young adults 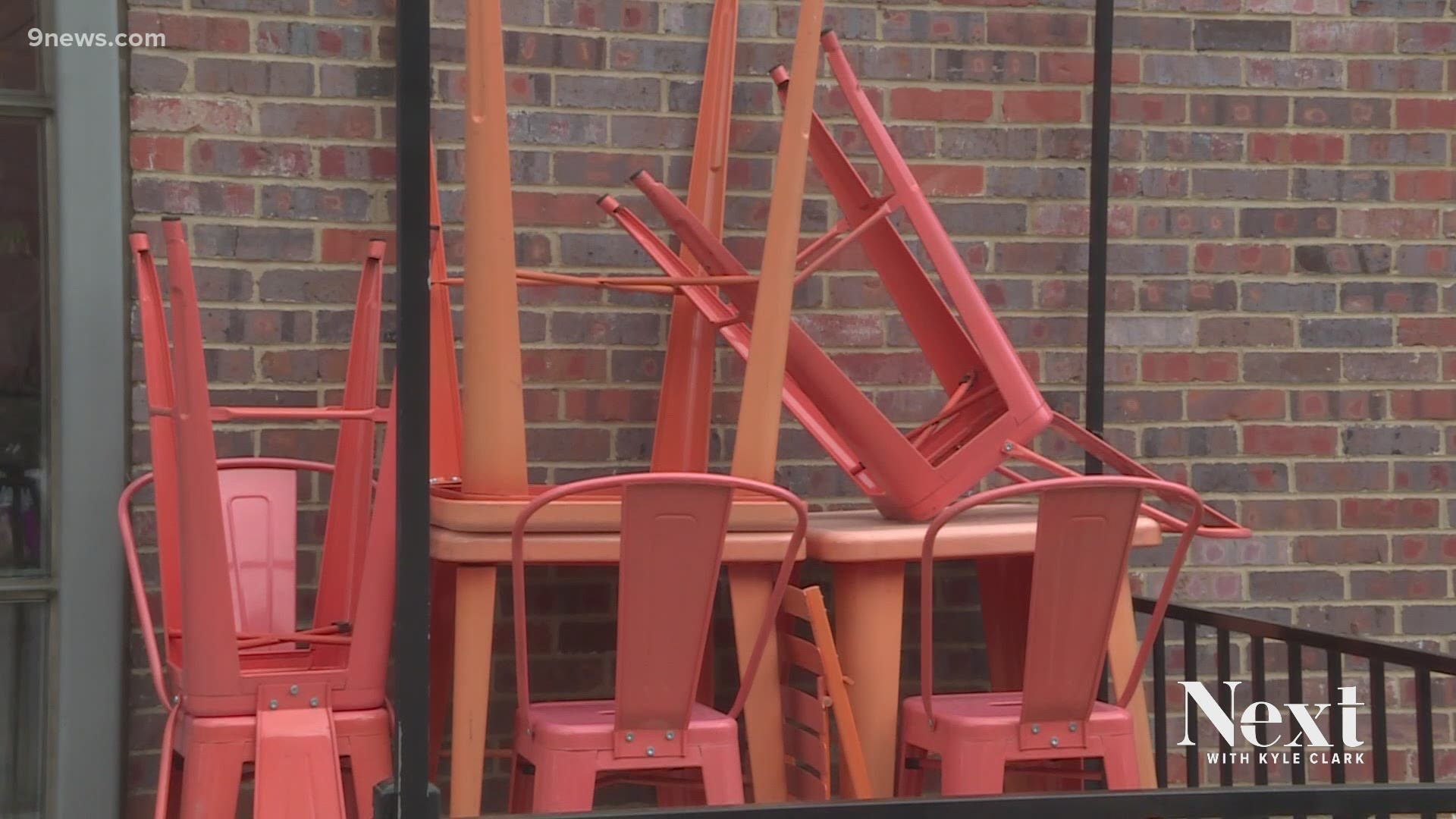 When Alyssia Chinda graduated from the University of Colorado Boulder in the spring of 2020 with a degree in environmental studies, she knew she was walking into very uncertain times.

She was working in a restaurant while trying to find a job that fit her degree.

"We transitioned to doing only take out at one point," said Chinda. "I was also on unemployment for a little bit, as well."

Then she found an opportunity with Mile High Youth Corps, a non-profit that hires specifically 18 to 24-year-olds.

Mile High Youth Corps offers opportunities in retrofitting homes to make them more energy-efficient, saving families on average $250 on their bills a year.

"I am part of the energy-water conservation crew," said Chinda. "What that entails is a crew of around eight people. Teams of two go out to four or five homes a day in the income-qualifying homes in parts of [the] Denver metro-area, extending to Aurora and down south to Centennial."

They also saw an intense demand last year for these positions.

"We received over 800 applications for 145 positions," she said.

It matches what the Colorado Department of Labor and Employment is seeing.

RELATED: Did you get unemployment in 2020? Millions will see extra refund soon

RELATED: Survey: Most Colorado restaurants are struggling to hire workers

RELATED: 5 takeaways from the latest unemployment data from CDLE

On average, there was a 14.5% unemployment rate for 20 to 24-year-olds for that time range, who were actively in the labor force but unemployed.

To be counted in the labor force, the state said a person either has to be employed or is unemployed and available, able and actively seeking work.

The state says those percentages translate to 45,000 unemployed.

The main reason someone in this age group isn't captured in the labor force is because of school.

"It's always has been typically higher than the general population," said McRaith. "This age group is often in the service industry. We know those were the hardest hit by the pandemic."

The state gave some more insight into factors as well writing:

"While the 16-24 age group typically has higher unemployment rates than older cohorts (see comparisons in 2010 and 2019), I would point to industry composition as the primary factor of the relatively higher unemployment rates...Over 50% of young workers are employed in either accommodation and food services; retail trade; or healthcare and social assistance.  Those were three industries that were hit particularly hard during the pandemic.  Younger workers may also have less seniority and therefore be more susceptible to initial rounds of either temporary or permanent layoffs."

"We know young people have been isolated, on top of being unemployed," added McRaith. "They've been really isolated. This is a place we can come together."

Based of the demand, they are also looking to secure funding to expand their job opportunities to more than 200 positions.

Overall, Colorado's unemployment rate is 6.4%, according to the Bureau of Labor Statistics, putting Colorado 35th in the country.

The state said Colorado also has one of the highest labor force participation rates in the country, tied for second-highest in April with South Dakota, and sixth-fastest recovery in participation rate when compared to April 2021 to February 2020.

This essentially means that while Colorado is ranked 35th for the unemployment rate in the country, when you look at those actively looking for jobs and indications of economic recovery, the rate is higher compared to the national average. That is 68.7% in April for Colorado compared to the U.S. rate of 61.7%.