Denver marks most traffic deaths since start of Vision Zero

Denver's Vision Zero project is the idea that the city should strive for zero traffic deaths, in an effort to reduce them as much as possible. 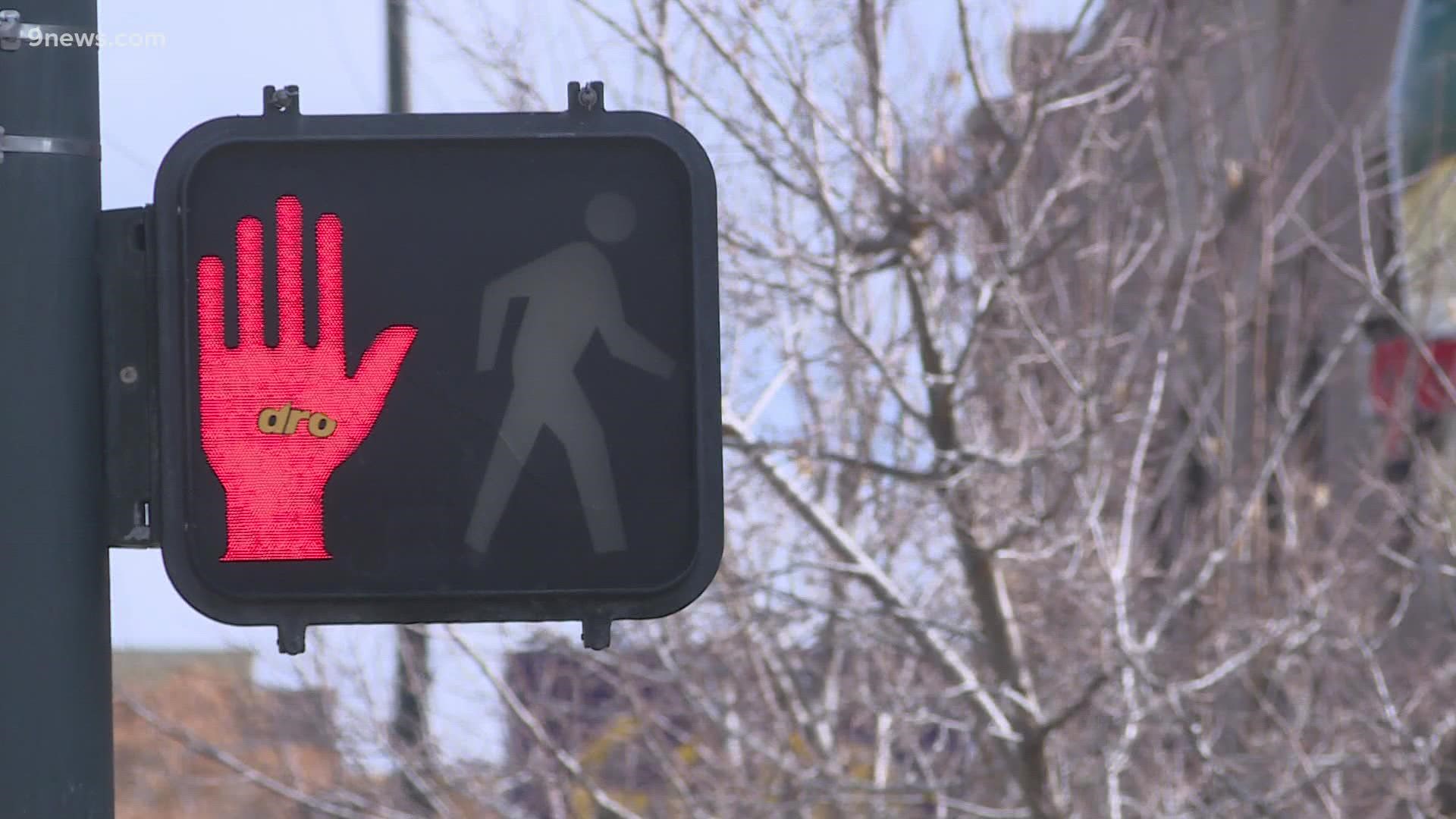 DENVER — Denver’s roadways have seen 73 traffic deaths so far in 2021, the most since the city implemented its Vision Zero plan, which aims to end traffic deaths by the year 2030.

The death toll for people in cars, on motorcycles, on bikes and pedestrians is up significantly compared to the 61 deaths on Denver roadways in 2016, the year Mayor Michael Hancock announced the city’s commitment to the plan.

Three out of the five years since, Denver has exceeded 61 deaths on roadways.

“Certainly, we’re not moving in the right direction to meeting our goals of zero fatalities on our streets,” said Jennifer Hillhouse, director of transportation mobility planning for Denver’s Department of Transportation and Infrastructure (DOTI), who oversees the Vision Zero program.

Hillhouse pointed to some of the successes of the program, like investments in road improvements that have led to a reduction of serious injury and death on roads which account for a large percentage of dangerous crashes.

Denver’s Vision Zero team regularly audits those high impact roadways to determine what design fixes might lead to fewer serious crashes. DOTI also sends a team of experts to the site of every fatal crash to determine if immediate fixes can be made to make the roadway safer.

In many cases, the department can make minor changes that improve safety.

“We did some work along East Colfax,” Hillhouse suggested as an example. “Those are the posts and paint that you see out there working to narrow the road from a visual standpoint… to reduce speeding and also enhance crossing distance.”

“That’s now one of the safer parts of Colfax,” said Jill Locantore, executive director of the Denver Streets Partnership. “We haven’t seen nearly the number of serious crashes.”

But Locantore said the work only represents a small portion of East Colfax, long known as one of the most dangerous corridors in the city.

“We need to follow up those quick and low-cost treatments with more permanent versions of the same thing,” she said.

Locantore said the tenants of the city’s Vision Zero plan are strong, especially suggestions for design changes to arterial roadways, but she criticized the city for taking too long to implement them, leading to the increased number of deaths.

“It just shows we are not doing enough to prevent these tragedies from happening,” she said.

RELATED: DPD sometimes lags when informing the public of crimes and crashes

Locantore, though, said she is heartened to see what she considers a culture change about addressing roadway safety.

“More and more people are understanding that these fatalities are in fact preventable, and they’re willing to make the tradeoffs that are required sometimes to do that,” she said “Maybe it’ll take 30 seconds longer or 60 seconds longer for you to drive to your final destination. But if that means protecting the life of a friend, a neighbor or a family member – that’s totally worth it.”

“We just need to get bolder in implementing these known strategies for reducing traffic fatalities.”

Hillhouse agrees DOTI needs to increase the scope of its Vision Zero work. She said she is already working on making sure the culture of Vision Zero is embedded throughout the newly formed city department.

She said it is too early to fully analyze this year’s data on traffic deaths, but she said a third of crashes reported this year involve a single vehicle either hitting an object or rolling over.

“That’s something we want to dig into a little bit more to understand why,” she said.

Hillhouse said the data also seems to show speed is leading to more serious crashes. She said possible solutions could include traffic calming and better education about speed limits in some areas.

She also said, in 70%  of fatal crashes victims were not using seatbelts, which Hillhouse said is another education issue.

In 2021, in response to a fatal crash near 32nd Avenue and Lowell Boulevard, DOTI made improvements to the intersection to slow speeds, a DOTI spokeswoman said. The department also added a traffic light at 5th Avenue and Lincoln in response to crashes in the area.

In 2022, the department plans to continue making improvements to roadways in what the city calls the “High Injury Network,” the spokeswoman said. The city will also continue a commitment from 2019 to build 125 miles of bike lanes by 2023.

Hillhouse said traffic deaths are on the rise in several other large cities with the same goal. She said Denver is part of a network with those cities to share best practices.

“How can we make a bigger impact in a faster way, more efficiently is the conversations that we have with our peers,” she said.