History Colorado is asking visitors about their stories, and inspiring them with tales of 101 amazing Coloradans. 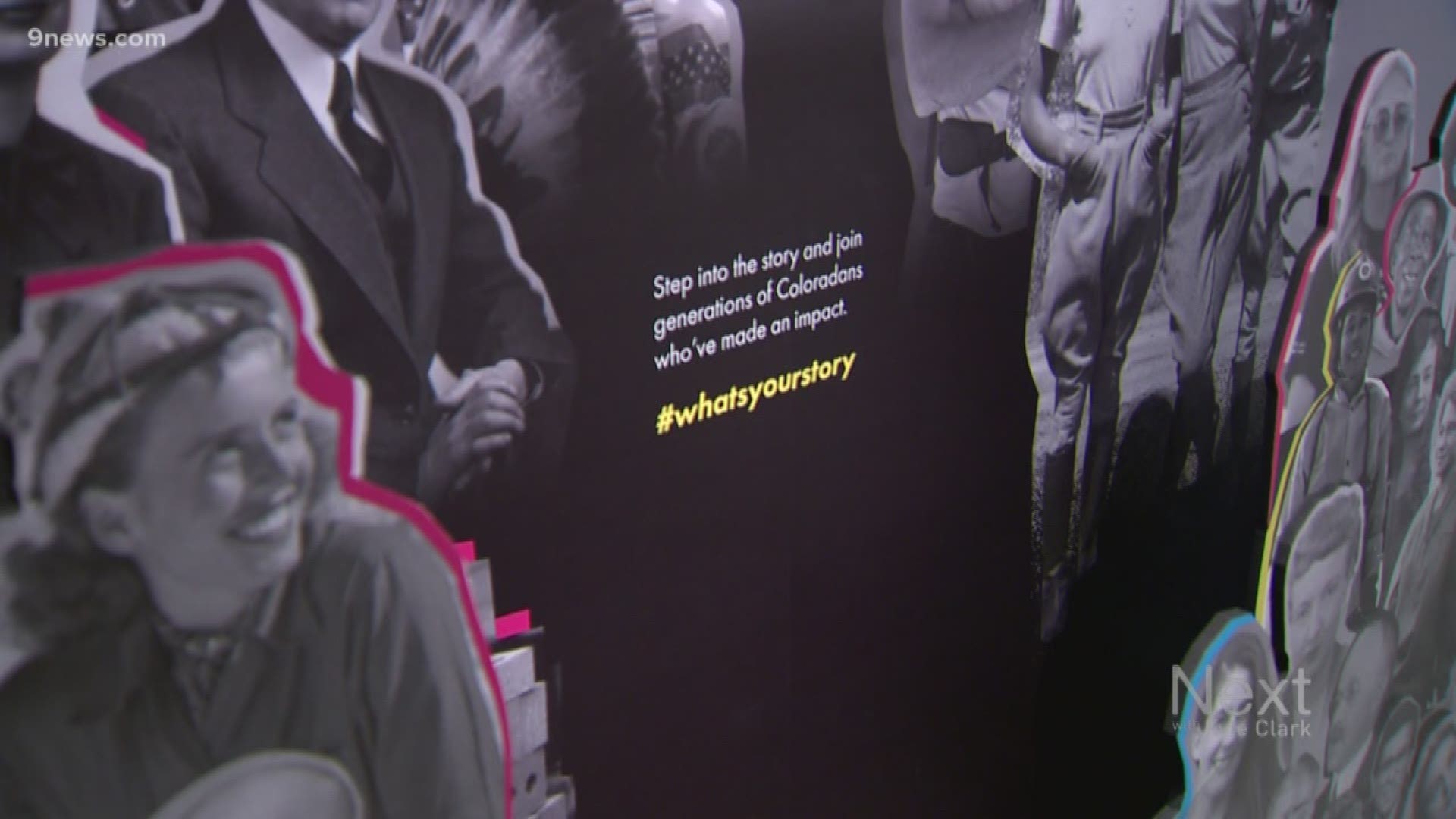 DENVER — The newest exhibit at History Colorado shares the stories of 101 people who've made an impact on our state. From pioneers to inventors, musicians to climbers, there's a story for everyone ... and that's the point.

Julie Peterson, a public historian and the exhibit's developer, hopes each visitor can find something that resonates with them.

"It's really designed to empower our visitors to see themselves as being able to make an impact in whatever they care about," she said.

The exhibit is aimed at teenagers, with interactive stops placed throughout. You can take a quiz to find out what your superpower is, and be paired with a historical figure in the exhibit who shares that power.

You can make a statement about an issue you care deeply about, take a photo, and have it appear on a giant screen populated with similar messages from notable Coloradans. Just before you exit, you can create a poster, urging people to act on your ideas.

"This exhibit really aims to make history relevant so we wanted to share people from our past as well as people from today who are making history," Peterson said.

From the past, there are historical figures like Janet Bonnema, an engineer on the project that became known as the Eisenhower Tunnel.

"Even in college she was really interested in math and science but her counselors and teachers told her not to study those things because women couldn't get jobs in those fields," Peterson said.

Bonnema persevered and got a job as an engineer on the tunnel project. But she wasn't allowed in the tunnel, because of an old miner's superstition that women are bad luck underground. So, she brought a class-action sexual discrimination lawsuit and won.

"In November 1972 she finally got to enter the tunnel and fulfill her duties as an engineer," Peterson said.

Bonnema's spot in the exhibit features a hard hat from the tunnel project.

A more recent Coloradan featured in the exhibit is Grand Junction's Ryan Patterson. He invented a glove that could translate sign language into written English for an 11th grade science project.

"It was quite a surprise for me to get a call from History Colorado," he said. "I thought it was pretty cool that they found me and thought I was an important part of Colorado history."

He hopes another student might see his part of the exhibit and notice the sticker that asks "how does innovation happen?"

The exhibit opens October 19, and Peterson hopes it inspires today's Coloradans to make some history of their own.