There are 1 in 40 Coloradans contagious with COVID-19. How does the state figure that out? 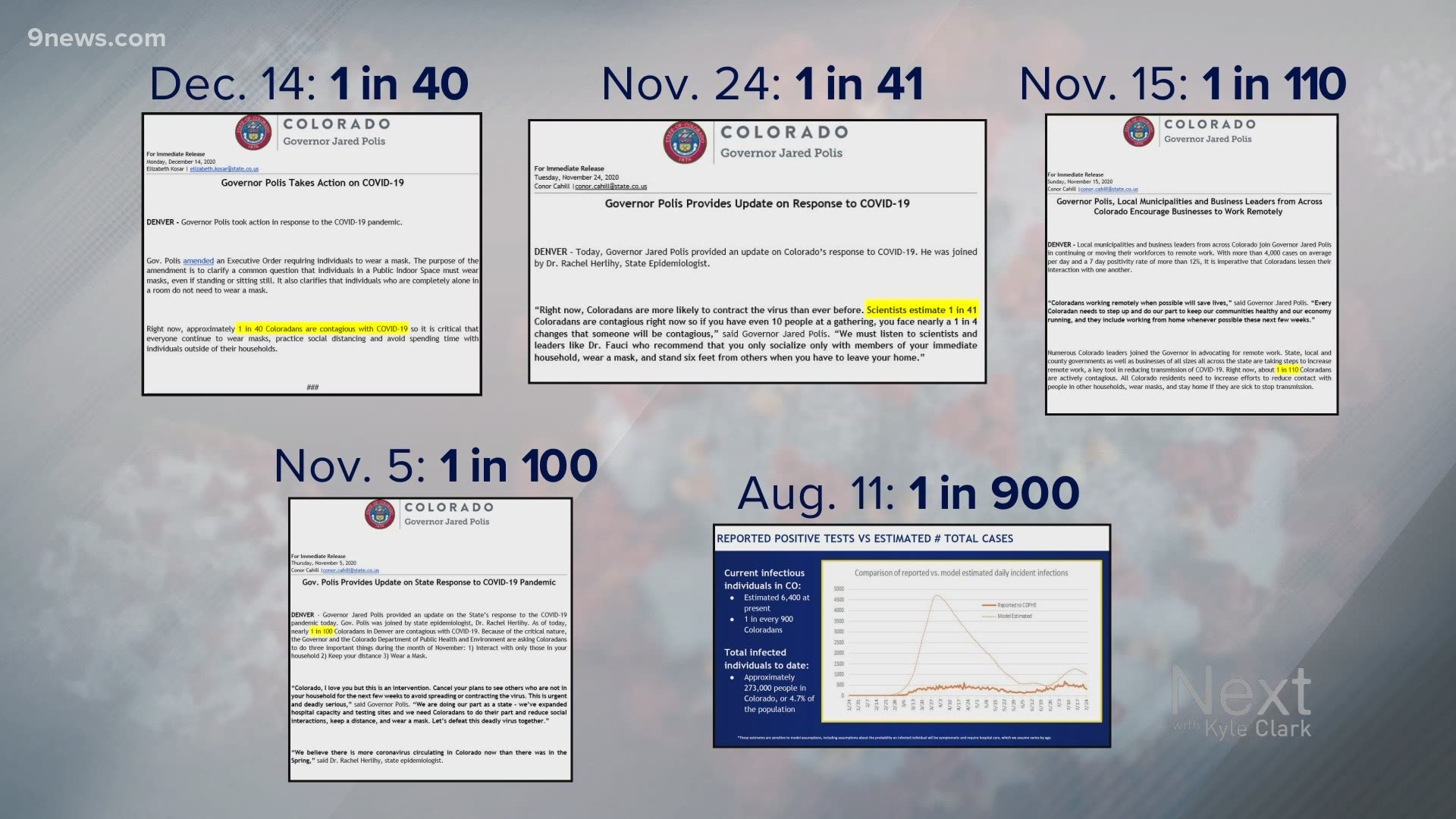 DENVER — There are 1 in 40 Coloradans contagious with COVID-19.

That statistic comes from the bottom of a news release provided by Democratic Gov. Jared Polis on Monday.

That represents 2.5% of people in Colorado.

How does the state figure that out?

"We use this SEIR model. Susceptible, Exposed, Infected, Recovered, or frankly, Recovered or Deceased," said Dr. Jonathan Samet, dean of the Colorado School of Public Health.

"What we are doing is we are estimating the rate of flow into that box of infected individuals," said Samet. "The disease is the disease, so it doesn't matter how many people are getting infected or flowing into that box, they'll come out at the same rate."

The simplest way to explain the equation is through an analogy.

"The hospitalizations have dropped substantially over the last week, roughly, so the epidemic curve is coming under control better, and that "1 in X" number should be rising from 1 in 40 to something else. We look at that every week," said Samet.

Since the state knows not everyone who is positive for COVID-19 will get a test confirming the diagnosis, the equation takes that into account.

"Right now, we think that CDPHE is picking up about 35% of cases. Rough guess for today," said Samet. "We have an estimate of what is the total of cases. That comes from how fast people are being infected and how long they stay infected."

RELATED: Q&A: Why wear a mask after you've been vaccinated?