By car, the journey from Boulder to Pine Ridge, South Dakota takes a little more than five hours. By horseback, it will take a group of riders that left Fairview High School Saturday afternoon up to three weeks. 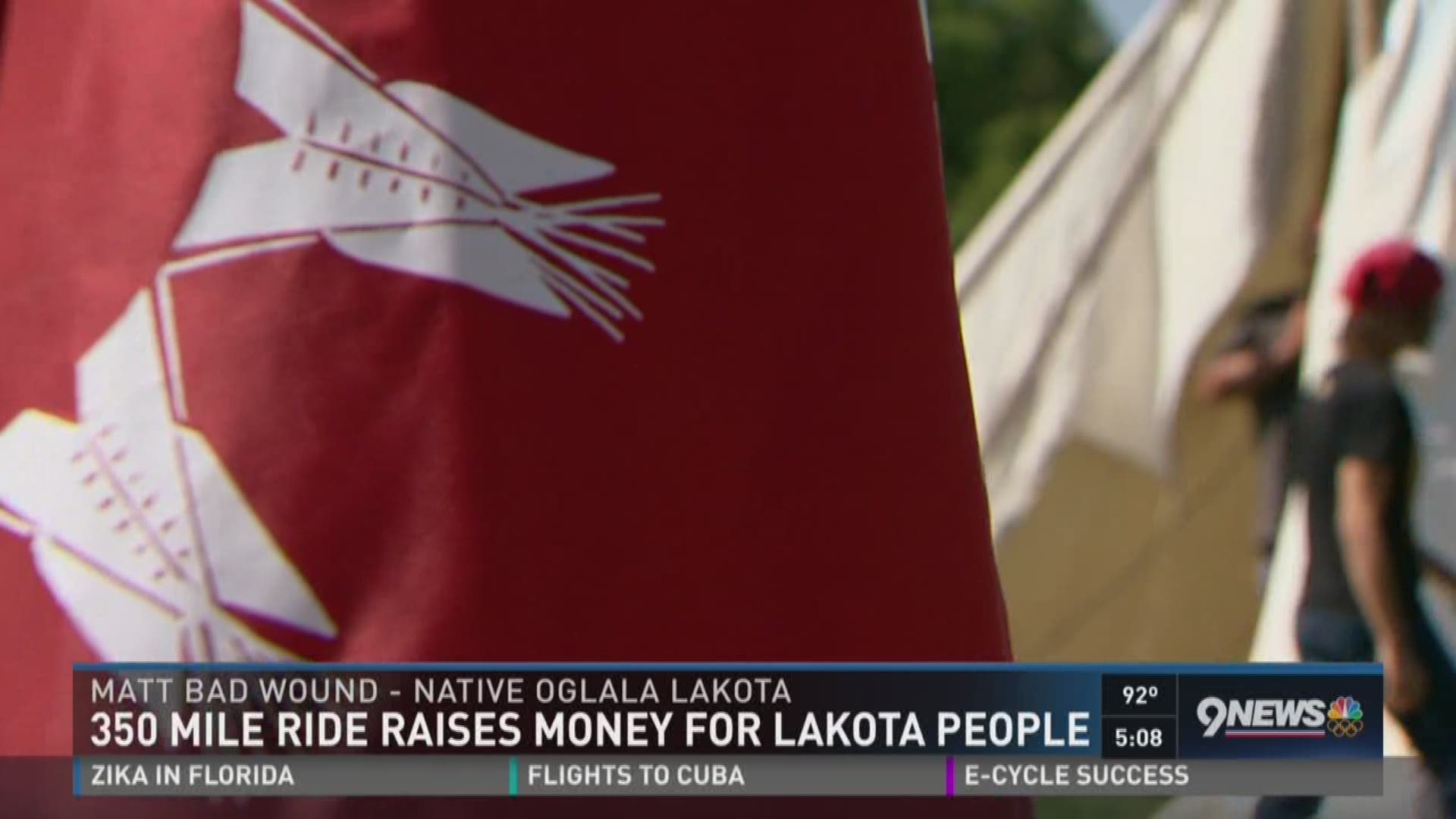 By car, the journey from Boulder to Pine Ridge, South Dakota takes a little more than five hours. By horseback, it will take a group of riders that left Fairview High School Saturday afternoon up to three weeks.

“It’s just in my blood to be proud. To be Lakota,” said Matt Bad Wound. “We’re really proud people.”

Matt was helping three others set up a tipi outside the high school.

“I’m still amazed our people lived in tipis all the time,” Matt said, tying the animal hide to a wooden pole.

On Saturday, Matt joined other native Oglala Lakota and volunteers with the non-profit The Tipi Raisers to begin a 350 mile journey to Pine Ridge, South Dakota.

Matt was one of two riders who planned to travel the whole distance on horseback. Dave Ventimiglia was the other.

“Pine Ridge is the poorest place in the United States,” Ventimiglia said. “It’s six hours from Denver and a lot of people just don’t know the struggles that are up there, so we are wanting to educate.”

Ventimiglia is the executive director of The Tipi Raisers. He first visited the Lakota reservation in Pine Ridge 20 years ago.

“It was an instant attraction,” he said. “They have wisdom and ways of living as a community and family. It was instantly just right to me.”

Ventimiglia and the other riders hoped to raise $50,000 for the Lakota people. Ventimiglia said the money would be spent to build and renovate homes on the reservation and to put up a youth center and disc golf course.

“It’s pretty crazy to think about, you know, we were planning this months ago and to actually be here today right now,” said Matt Bad Wound.

A crowd gathered at Fairview High School to offer prayers and well-wishes to the riders. Lakota elders sang and beat a drum as the riders on horseback watched, surrounded by supporters.

Matt Bad Wound hoped their message would be heard as they traveled across land their ancestors called home.