Participants will raise the calves they catch until next year's National Western Stock Show, with some given the chance to sell them at the Junior Livestock Auction. 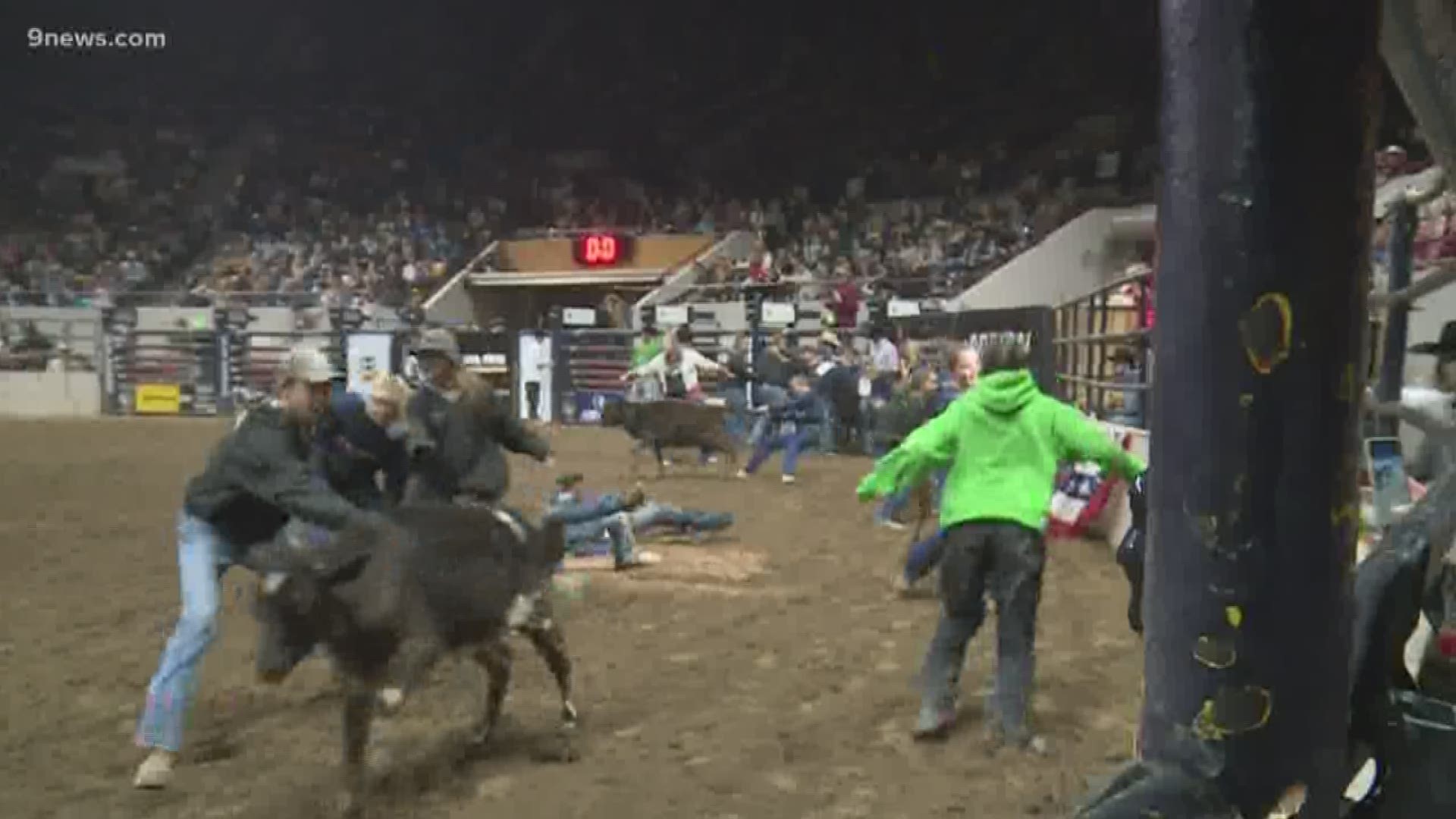 DENVER — If you catch it, you will raise it.

That's the idea behind the Catch-a-Calf contest at the National Western Stock Show.

Each year, kids from a handful of western states participate in an event that goes back more than 80 years.

As cattle are released onto the Denver Coliseum floor, boys and girls ages 12 to 14 use halters to wrangle and capture a calf that they will be responsible for until next year's Junior Livestock Auction, according to the National Western Stock Show website.

Stock Show Livestock Manager Clancy Anderson said kids who manage to capture one of the animals are invited to come back in May to get their free, sponsored steer.

The kids will then raise their calves for the next nine months, according to Anderson. They'll write monthly sponsor letters, keep accurate records, take them to shows and community events, and have fun.

Next January, Anderson said the kids will bring their market-ready steers back to the Stock Show for the opening weekend to turn in their record book, give a speech and interview, and show and sell their steers.

The contestants with the top two steers will participate in next year's Junior Livestock Auction, Anderson said. Half of the money from the sale of the steers is divided between all of the kids who complete the program, with money going to college, savings, or a steer for next year's project.

RELATED: The Feed: The food of the National Western Stock Show

9NEWS plans to follow the kids as they care for the calves until next year's Stock Show.