Andrea Sanders and her young daughter Penelope have been searching for a place to live - the Warren Village came to their rescue. 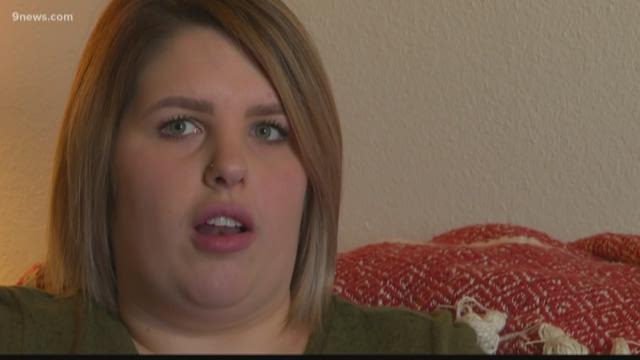 For the first time in a long time, Andrea Sanders and her young daughter Penelope have a place they can call home.

"Coming here, Penelope and I having our own place is really big," Sanders said.

They live in a place called Warren Village, a nonprofit that vows to save people from homelessness.

"I was in a very unhealthy relationship with my daughter's father," Sanders said.

She said she was losing hope when she discovered Warren Village and it's offer of low-cost housing and support services to single-parent families.

"I felt this huge weight off of my shoulders that we're going to be okay. We have our place now," Sanders said.

Warren Village has been around since 1974. But Board Chairman Brian Sandy said that as Denver continues to grow, it's causing an increase in housing costs. Sandy said that's pushing more single-parent families towards homelessness.

"As Denver succeeds, what's happening is that our single parent families are really suffering as a result," Sandy said.

But in their Warren Village 92-unit complex, Sanders has everything she needs for her and 3-year-old Penelope. Her school and child care services are located within the building. This allows Sanders to work and go to school to become a nurse.

"I can kick butt in school. I can kick butt at being a mom," Sanders said. "But I can't do all that having to work 80 hours a week because I can't afford where I live."

Warren Village charges residents nominal rent with services included. Sandy said the idea is to use a two-pronged approach to helping the parent while helping the child in pre-school.

"We're helping the adults, but we're also helping the children because what we want to do is get those children school ready so that we can break that cycle of poverty," Sandy said,

Greta Thorpe is the assistant director of the Greta Horwitz Learning Center located on the bottom floor of Warren Village. She said it's critical to get these kids ready for elementary school academically and socially.

"Especially if they've experienced trauma," Thorpe said. "Work on those pieces of healing and recovery so that they can be successful in future classrooms."

Thorpe wants them to be successful in life. Sanders said at the school, Penelope's speech therapist noticed something wrong. Sanders said she determined that her daughter had hearing loss and addressed this problem, which may have gone unnoticed for years.

Thorpe said that could've have set Penelope way behind in elementary school.

"Those years, especially those first three years in a child's life is so important and they're building so many connections in their brains," Thorpe said.

Sanders said she hopes this place can put her and daughter on the right path to a better life.

"I just needed support. That's really what I needed," Sanders said. "I had the dream way out there. I just didn't know how I was going to to get it."