Verify: Colorado could lose one of its 14ers

Do you have Sunshine Peak on the list of 14ers you've bagged? Well about that ... 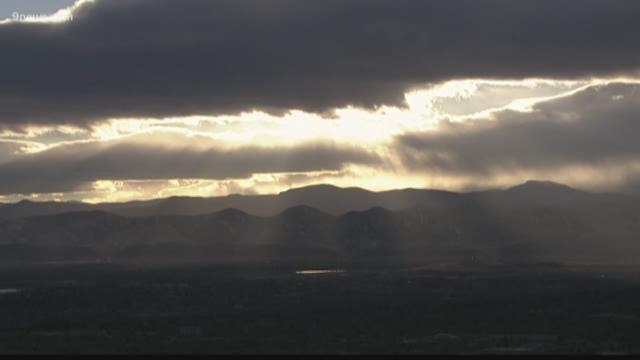 Colorado has 54 mountains that rise at least 14,000 feet above sea level.

It’s the list the Colorado Fourteeners Initiative uses; the number in all the guide books and on all the mountain climbing websites.

But what if they're all wrong?

Our Verify team heard about an ongoing project to remap the elevations of every place in the United States-- a project that’s expected to lower the official height of the Rocky Mountains.

We wanted to find out: Could any of the 14ers in Colorado be demoted?

Coloradans are proud of the state’s elevation.

Nonprofits protect and care for our 14,000-foot peaks. And Denver marks the "mile high" elevation on its stadiums and the Capitol steps.

In fact, the state has placed three separate mile high markers on the steps of the Capitol. That’s because surveyors have changed their minds about the exact spot that's 5,280 feet above sea level as technology improved.

And it looks like they’re going to change it again.

“What we are going to do is define a new system for height that you can use anywhere whether or not you’re near the ocean,” geodesist Derek van Westrum said.

Van Westrum works for the National Geodetic Survey (a division of NOAA) in an observatory that sits just outside Boulder.

The observatory is two small, cinder block buildings in the middle of a mesa. The buildings have flat roofs; no big domes, no telescopes.

Van Westrum and the GRAV-D team don’t use those kinds of tools for their work. They’re observing gravity.

“Newton would tell us that as you get father from the center of the earth, from any mass, gravity gets weaker,” van Westrum said.

Gravity is slightly weaker on the top of Pike's Peak than it is at sea level.

It’s not something the human body can feel, but it's a huge difference to a gravity meter. These ultra-sensitive devices can measure the difference between the gravity if you move them up or down just a fraction of an inch, which is why the federal government is making them the new official tool to measure the elevation.

Denver marks a "Mile High" on its Capitol steps. But is it really a Mile High? About that ...

In effect, the devices allow scientists to tell where sea level would be underneath Colorado by measuring the gravity.

That's a lot more sophisticated than the way it used to work, which literally involved walking from the ocean to the top of the mountain and measuring all along the way.

This technique did not simply involve walking from the nearest ocean.

Sea level varies about 30 feet across North America. Using a bunch of different sea levels would complicate things, so the U.S. and Canada selected the Pointe-au-Pere Lighthouse in Quebec as our continent’s official zero.

This is the lighthouse that the U.S. and Canada use to set sea level elevation.

“And then everybody took their rulers back and forth from that lighthouse,” van Westrum said. “Out to Colorado. Down to New Orleans; over to Fairbanks, Alaska. I mean literally the entire continent walking around with rulers. Everything referenced back to that point."

It’s easy to see how measurements became less accurate the further you got from the lighthouse.

So, the federal government told van Westrum and his agency to spend 10 years remapping the U.S. using gravity meters.

This explains the science behind sea level.

They aren’t walking with these devices.

The meters are mounted into planes that are currently flying over the U.S. collecting millions of gravity readings and tying them to specific latitude and longitude points using GPS.

The new elevations for every place in the nation won’t become official until 2022, but the preliminary results suggest the Centennial State is about two feet lower than we thought it was.

That means the mile-high marker at the capitol is probably on the wrong step.

“And all of those 14ers aren't quite as tall as we thought they were,” vanWestrum said. “That’s just how it goes.”

The current elevation for Huron Peak, near Buena Vista, is 14,003 feet under the current measurements.

But that’s not Colorado’s shortest fourteener. Sunshine Peak, in the San Juan mountains, squeaks in at 14,001 feet... for now.

“It probably won’t make the cut,” van Westrum said. “We haven’t demoted it yet, but it’s not looking good for poor Sunshine.”

Lowering the height of Colorado’s mountains isn’t the purpose of this project.

It’s meant to help people who live along the coastline.

The survey plane NOAA is using to come up with more accurate elevation numbers.

The new measurements will help to build flood maps that use gravity to predict the flow of water down to the half-inch. That map will help first responders prepare for hurricanes and potentially save lives.

The maps could also help farmers irrigate their land more efficiently and help future self-driving cars to press down on the gas pedal or the brake on hills.

“Looking to the future, there’s stuff we can’t imagine yet,” van Westrum said. “When GPS was first invented people weren’t thinking you could find your friend on your cell phone thanks to the GPS technology.”

As for whether people will still summit Sunshine Peak, van Westrum (who's climbed it himself) hopes they do.

“I hope they have a beautiful day and a fantastic experience,” van Westrum said. “And I’m guessing they will see a few less people on the trail, which might be nice.”

We won't see the preliminary numbers for Sunshine Peak for several more months, but the experts working on the project expect it to become Colorado's tallest 13er instead of being listed as the shortest 14er.

"So, we’ve got a few years where can just pretend that Sunshine is still on the list," van Westrum said. "Pretend you are at 14,000 feet."