The New Jersey Attorney General tweeted a warning for marijuana candy, so we asked DPD if it's a concern in Colorado. 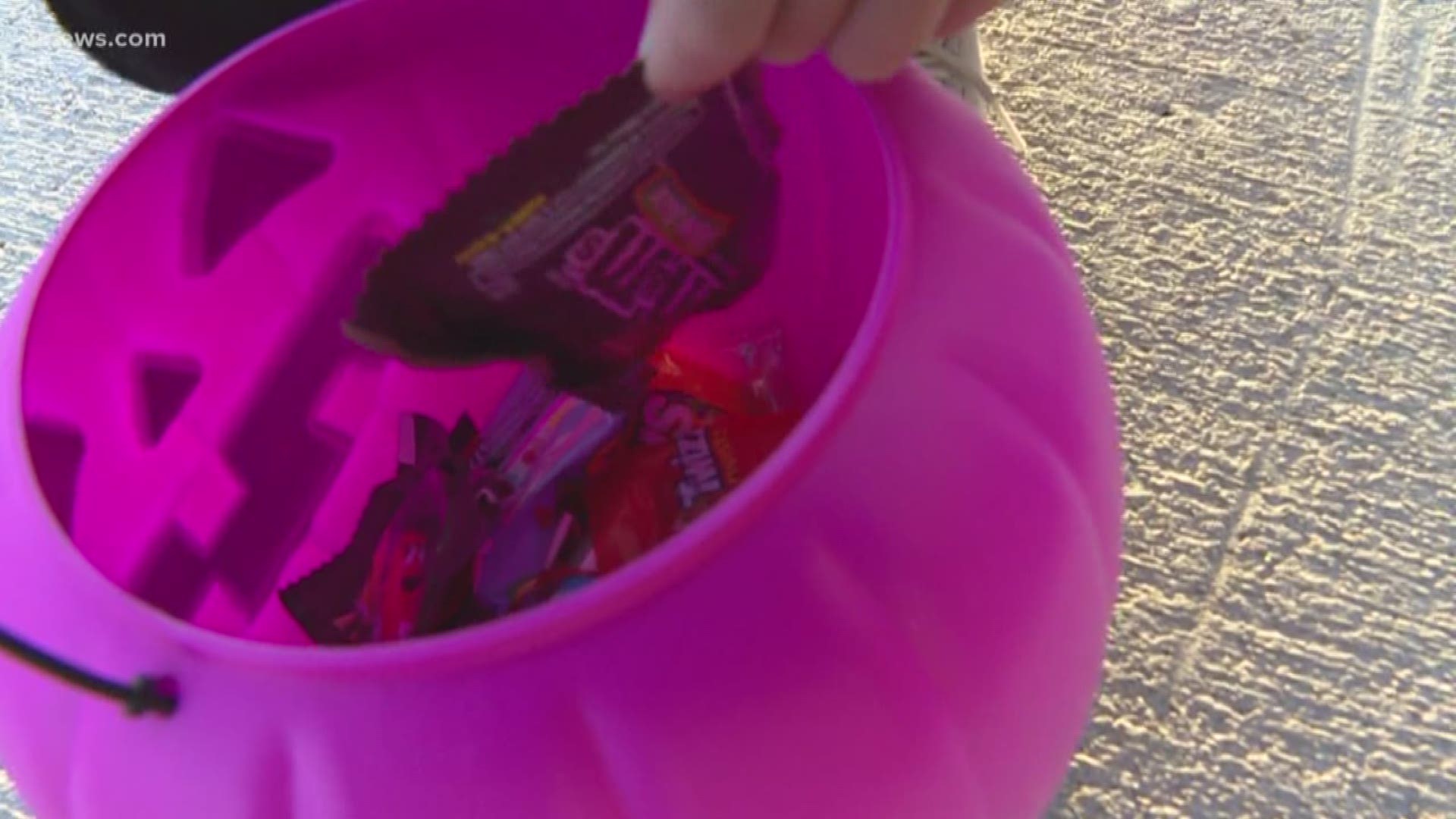 The 9NEWS Verify team looked into similar concerns in Colorado, and if there is any evidence in our state of people slipping kids candy infused with marijuana on Halloween.

IS THERE CAUSE FOR CONCERN?

Verify reached out to the Denver Police Department and the Rocky Mountain Poison and Drug Center to find out if Coloradans face similar risks.

According to Doug Schepman with the Denver Police Department media relations, there is a risk of children receiving marijuana candy during Halloween.

“Year after year we post on social media and in our Halloween newsletter, about the theoretical concerns of marijuana-containing candies accidentally (or intentionally) substituted as regular candy,” Banerji said in an email.

But just because experts argue there is cause for concern, does not necessarily mean it has happened in the past.

ARE THERE DOCUMENTED CASES?

The New Jersey Attorney General’s post cited an accidental overdose case from May 2017, when a 10-year-old boy from New York was sent to the emergency room after eating marijuana infused sour gummy candy.

However, the news story linked in the warning makes no mention of the incident having to do with Halloween or trick-or-treating. In fact, the story claims the boy ate cannabis infused candy that was in the family’s car.

Both the Denver Police Department and the Rocky Mountain Poison and Drug Center also could not provide any evidence or cases in Colorado relating directly to trick-or-treating on Halloween.

Banerji said while there is theoretical concern, no instances have occurred to their knowledge.

“Historically has this happened? Not yet,” Banerji said over email.

Schepman was not able to quickly search records for this type of incident report, but spoke anecdotally.

“DPD is not aware of any reported instances of marijuana edibles being given to children on Halloween,” Schepman said in an email.

Banerji said parents and people should be vigilant, and can never be over cautious.

“Among other reasons to inspect candy (for foreign objects, ripped wrappers, etc), we always advise thorough inspection of candy – looking for MJ Look-alikes (like Kif Kat instead of Kit Kat, or Reefer’s instead of Reece’s, for example),” Banerji said in the email.

The Rocky Mountain Poison and Drug Center has not come across a case where this substitution actually happened, according to Banerji.

Banerji also mentioned a new rule that went into effect Oct. 1, 2017, aimed at raising public safety awareness regarding marijuana. Labels should now state the amount of the cannabinoid, and each portion of the edible must be marked, stamped or imprinted with the universal symbol.

That universal symbol is a diamond enclosing the notations “!THC” or “THC M,” which indicates THC-containing product. The “M” identifies medical marijuana.

As part of the new rule, the words “candy” or “candies” cannot be used on packaging, and edibles cannot be in the shape of humans, animals or cartoons.

But, households might still have products that were purchased before the rule went into place – so Banerji recommends for people to be on the watch.

Banerji said people can call Poison Control at 1-800-222-1222 where specialists in poison information are always available.

Schepman said adults who have marijuana edibles are urged to take the necessary precautions to ensure children can’t access them, and provided the following tips:

While experts agree there is a risk of children receiving marijuana candy on Halloween, there is a complete lack of evidence to prove any sort of Halloween-related marijuana poisoning.

Being cautious about accepting candy from other people is nothing new.

But, the marijuana candy claims might just be another unfounded Halloween scare.