Firefighters are battling a 2,300-acre fire burning about 26 miles southwest of Meeker in Rio Blanco County. 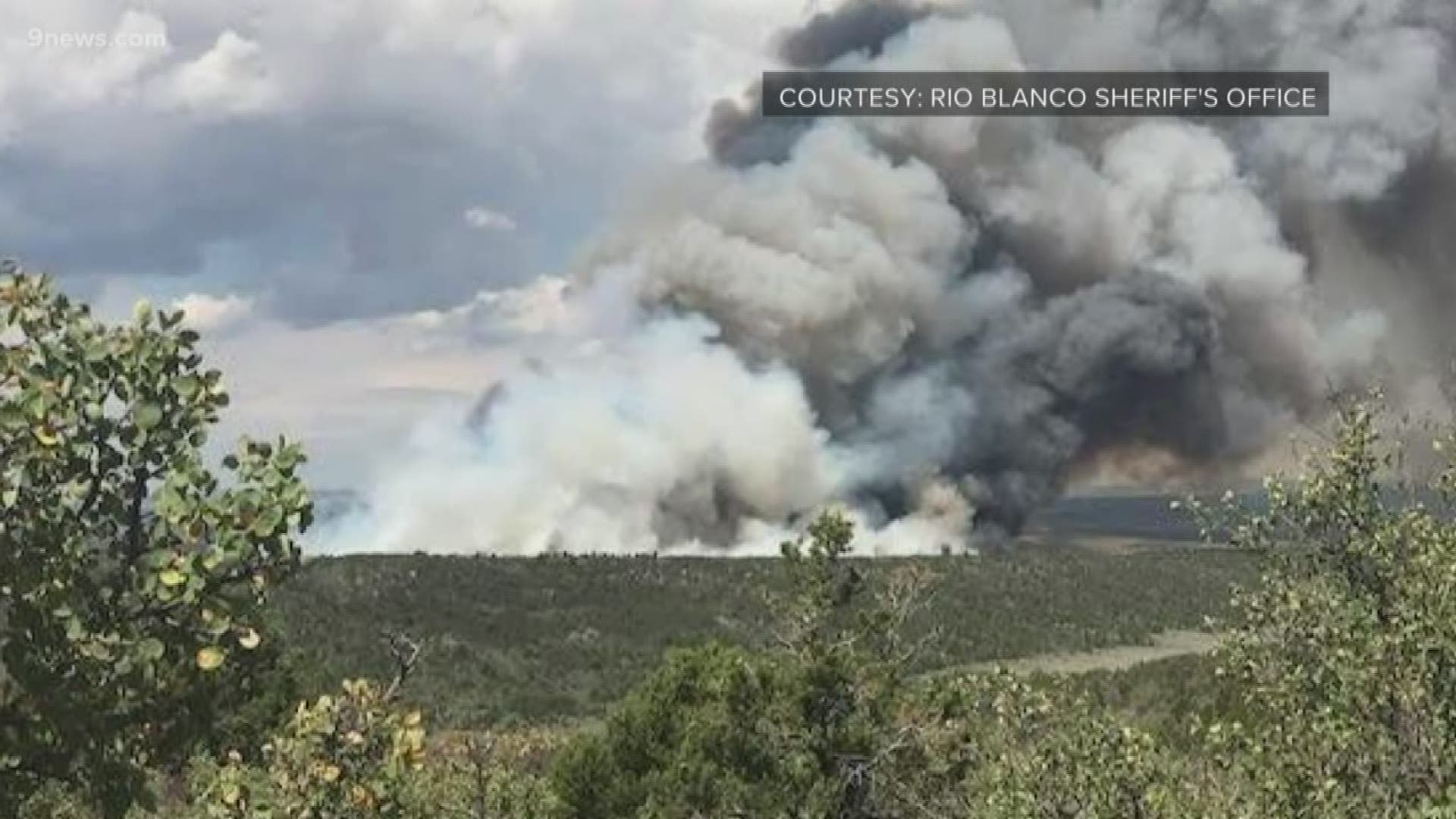 MEEKER, Colo. — A fire burning about 26 miles southwest of Meeker in Rio Blanco County, has grown to about 2,300 acres Sunday, according to a release from the Rio Blanco County Sheriff's Office.

According to the release, lightning ignited what has been named the Hunt Fire Thursday night, where it began burning thick brush and downed trees.

Strong winds that came with Friday's severe storms pushed the fire to more than 1,800 acres by Saturday afternoon.

Hot, dry weather Saturday allowed the fire to continue to grow. Smoke is now noticeable in Glenwood Springs and other areas east of the fire, according to the Sheriff's Office.

No occupied structures are threatened by the fire, the release says.

The fire is currently burning a lot of dead trees and heavy brush that the Rio Blanco County Sheriff's Office said will open up the landscape, allowing for new growth and improving the habitat for wildlife and livestock.

The fire is burning on Bureau of Land Management-administered public land, and officials are asking the public to stay away from the area, which includes Hunter Creek, Willow Creek, and Big Jimmy Gulch.