1-year-old goes to court to get reunited with family

The immigration court system requires children to appear before judges, often times without a lawyer, and go through deportation proceedings while separated from their parents. 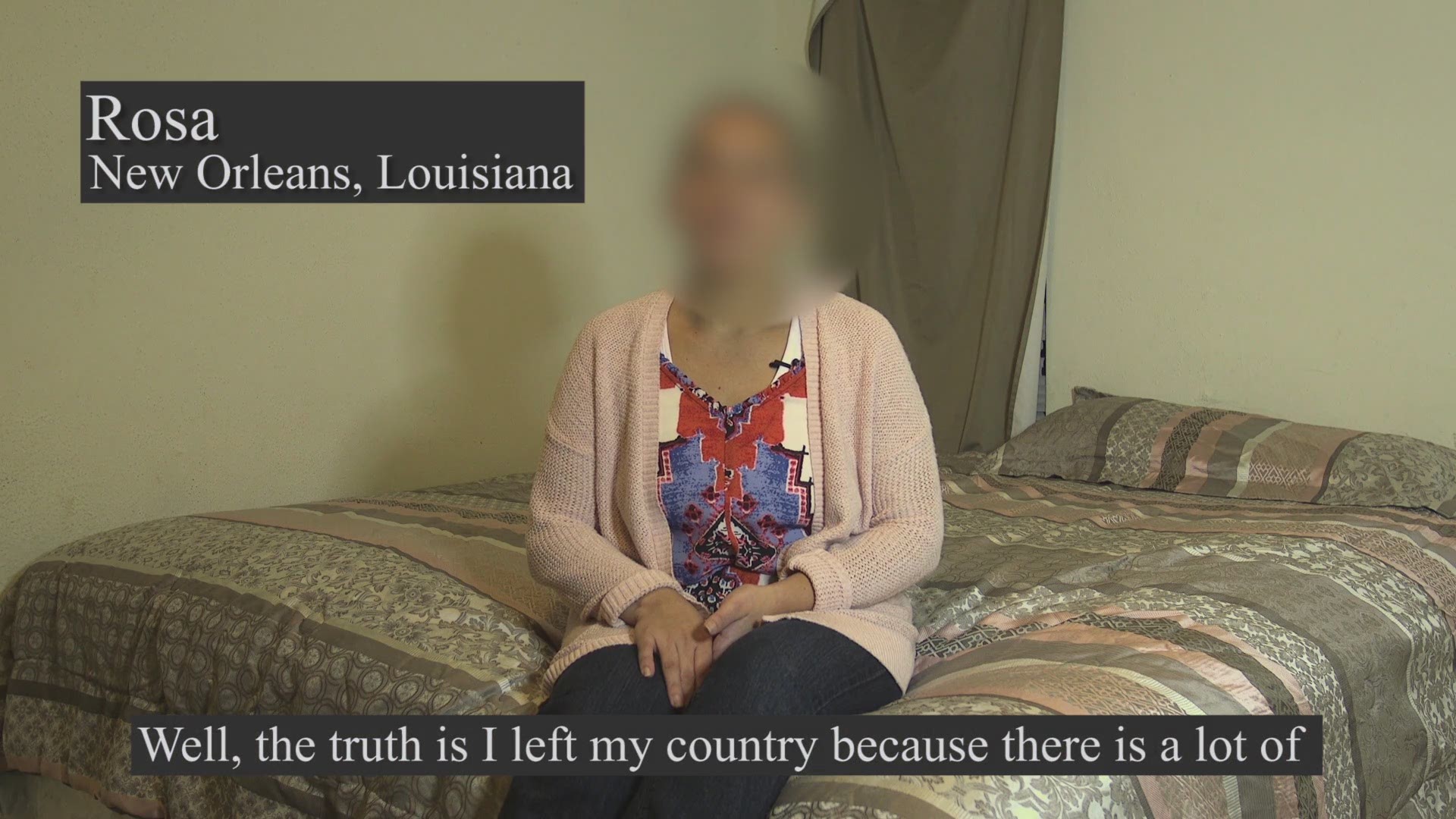 PHOENIX — The 1-year-old boy in a green button-up shirt drank milk from a bottle, played with a small purple ball that lit up when it hit the ground and occasionally asked for "agua."

Then it was the child's turn for his court appearance before a Phoenix immigration judge, who could hardly contain his unease with the situation during the portion of the hearing where he asks immigrant defendants whether they understand the proceedings.

"I'm embarrassed to ask it, because I don't know who you would explain it to, unless you think that a 1-year-old could learn immigration law," Judge John W. Richardson told the lawyer representing the 1-year-old boy.

The boy is one of hundreds of children who need to be reunited with their parents after being separated at the border, many of them split from mothers and fathers as a result of the Trump administration's "zero-tolerance policy." The separations have become an embarrassment to the administration as stories of crying children separated from mothers and kept apart for weeks on end dominated the news in recent weeks.

Critics have also seized on the nation's immigration court system that requires children — some still in diapers — to have appearances before judges and go through deportation proceedings while separated from their parents. Such children don't have a right to a court-appointed attorney, and 90 percent of kids without a lawyer are returned to their home countries, according to Kids in Need of Defense, a group that provides legal representation.

Credit: David McNew/Getty Images
People demonstrate and call out words of encouragement to detainees held inside the Metropolitan Detention Center after marching to decry Trump administration immigration and refugee policies on June 30, 2018 in Los Angeles, California.

In Phoenix on Friday, the Honduran boy named Johan waited over an hour to see the judge. His attorney told Richardson that the boy's father had brought him to the U.S. but that they had been separated, although it's unclear when. He said the father, who was now in Honduras, was removed from the country under false pretenses that he would be able to leave with his son.

For a while, the child wore dress shoes, but later he was in just socks as he waited to see the judge. He was silent and calm for most of the hearing, though he cried hysterically afterward for the few seconds that a worker handed him to another person while she gathered his diaper bag. He is in the custody of the U.S. Health and Human Services Department in Arizona.

Richardson said the boy's case raised red flags over a looming court-ordered deadline to reunite small children with their families. A federal judge in San Diego gave the agency until next Tuesday to reunite kids under 5 with their parents and until July 26 for all others.

Richardson repeatedly told the Immigration and Customs Enforcement attorney who was acting as the prosecutor that he should make note of the cases involving young children because of the government's obligation to meet the reunification deadline. The attorney said he wasn't familiar with that deadline and that a different department within ICE handled such matters.

ICE spokeswoman Jennifer Elzea said the attorney was familiar with the injunction but didn't know the specifics of the timeline requirements off the top of his head "and did not want to misspeak about any timeline commitments without that knowledge."

The agency's Enforcement and Removal Operations is leading the review of cases who are a part of the class impacted by the judge's order, while the rest of the agency is supporting them in the effort to complete it in as efficient and accurate a manner possible.

In the end, Johan was granted a voluntary departure order that would allow the government to fly him to Honduras so that he could be reunited with his family. An attorney with the Florence Project, an Arizona-based nonprofit that provides free legal help to immigrants, said both his mother and father were in Honduras.

The boy's case was heard on the same day that the Trump administration said it needed more time to reunite 101 children under 5 years old to ensure the children's safety and to confirm their parental relationships. The two sides had a hearing on the matter Friday in San Diego and will determine over the weekend which cases merit a delay. Justice Department attorney Sarah Fabian stressed to the judge that the government is deploying significant resources to ensure that children are being reunited with parents in timely fashion.

Credit: MANDEL NGAN/AFP/Getty Images
Young migrant boys, whose faces can not be shown, are seen at the US Customs and Border Protection Facility in Tucson, Arizona during a visit by US First Lady Melania Trump, June 28, 2018.

Around the same time as the San Diego hearing, other kids who had been separated from their parents made their way to court in Phoenix.

A boy from Guatemala dressed in a vest and tie was asked by the judge how old he was, and the child simply put five fingers up.

His attorney said his father had brought him to the country and had been returned two weeks ago to their home in Guatemala. He asked for a voluntary departure to be issued for the boy.

"What do you think about going back to Guatemala?" Richardson asked the boy.

The family separation issue is especially urgent for the parents of young children who are even more dependent on their mothers and fathers. Studies show that major stress at a very young age can create a lifetime of emotional and even physical problems.

Honduran immigrant Christian Granados has been separated from his 5-year-old daughter Cristhy for more than a month after they were detained in El Paso, Texas, attempting to enter the U.S.

She was taken to a holding facility in Chicago, while he was released pending an asylum request on June 24.

He has been in the midst of one bureaucratic hassle after another in trying to get his daughter back, responding to intermittent requests for identification documents and biographical information from government social workers who are attending to his daughter. 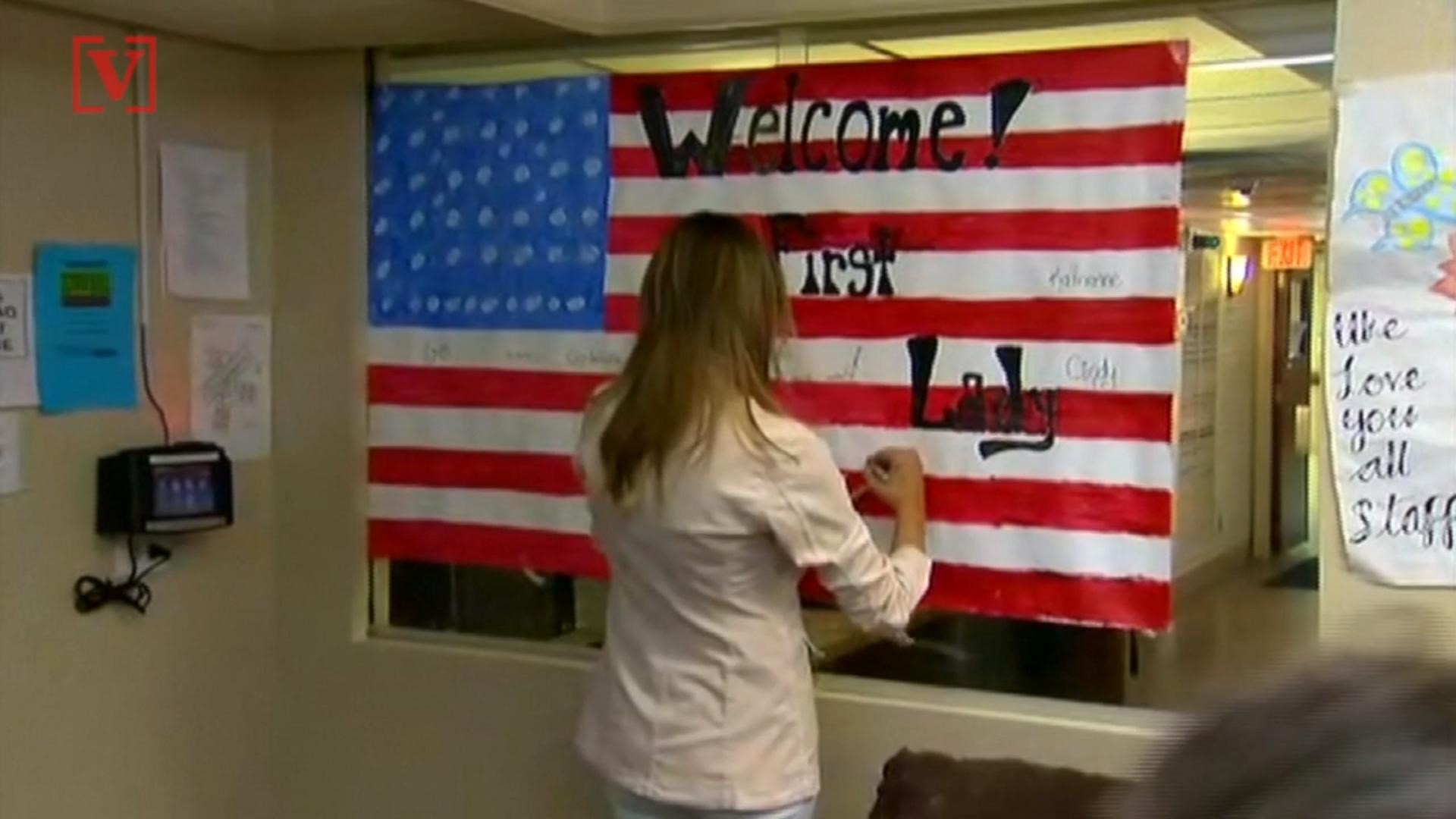 Granados sought out a suitable home to help reclaim his child by moving in with relatives in Fort Mill, S.C. — but now fears he won't be able to afford airfare for his girl to be reunited with him. He said authorities requested $1,250 to fly her from Chicago.

"I haven't felt the happiness I should feel with being here in the United States," said Granados. "Happiness is when I have my daughter with me."

For some separated families, the reunion will occur in Guatemala, Honduras or El Salvador — the violence-plagued countries that many of them were fleeing.

A 7-year-old girl in a pink bow and dress sat patiently on a wooden bench for over an hour before Richardson called her. The girl had come to the U.S. from Guatemala with her dad and had also been separated. The father was now back in Guatemala.

Richardson again told the ICE attorney to mark her case with a red flag to ensure the government reunites her with her family in time.

He asked the girl whether she wanted to go back to Guatemala and she had a fear of getting hurt there. The girl said she wasn't afraid to go home, and Richardson granted her a voluntary departure. He asked her if she had ever been on a plane. When the girl nodded that she hadn't, Richardson said she was in for an experience.