The first male Asian giant hornet to be detected in the U.S. was caught near Custer. 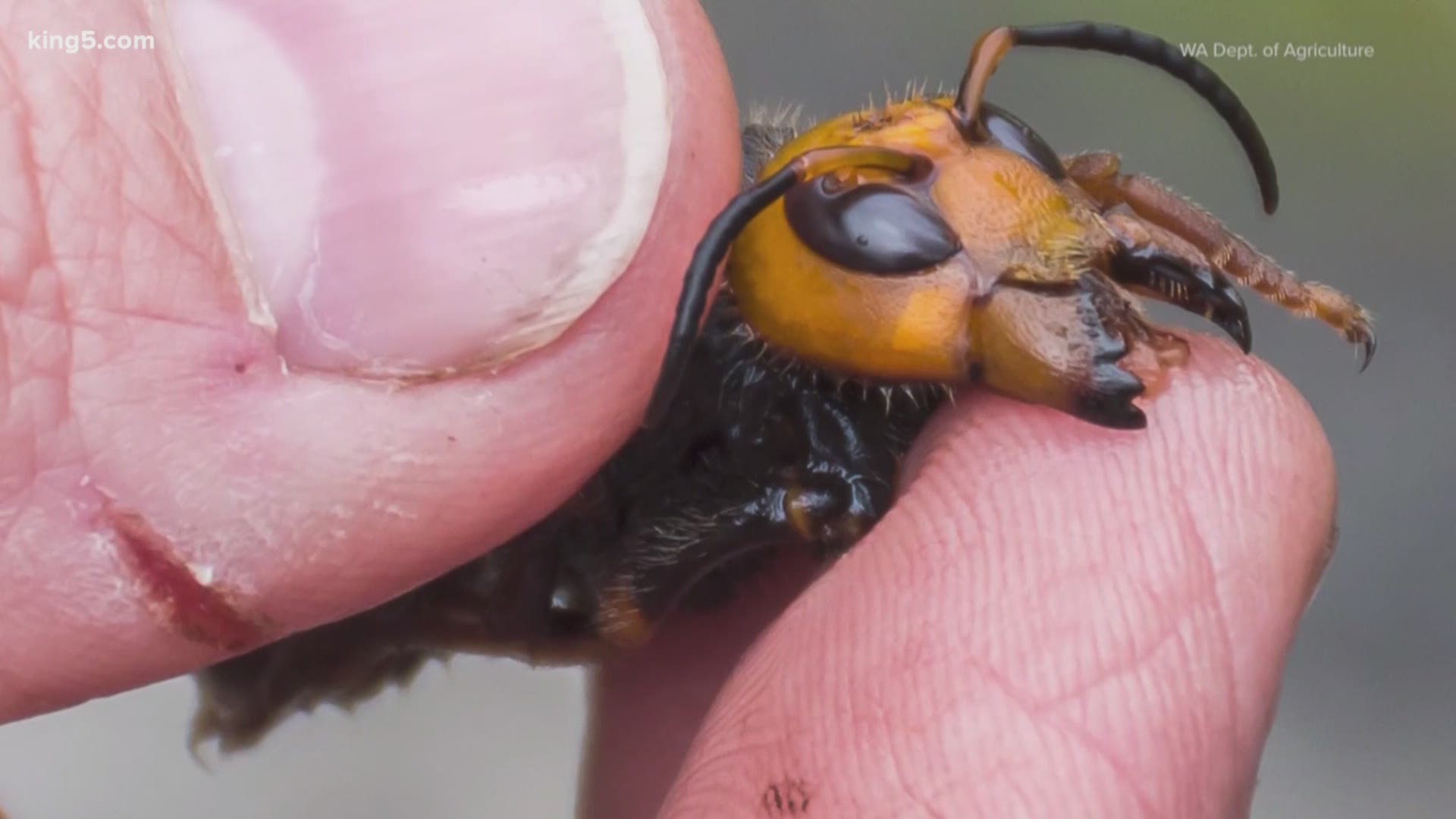 CUSTER, Wash. — Editor's note: The above video aired at an earlier date.

The hornet was caught in a bottle trap close to the area where a mated queen was found dead earlier this year. The trap was collected July 29 and processed in a lab on Aug. 13.

“Trapping a male Asian giant hornet in July initially came as a surprise,” Sven Spichiger, WSDA managing entomologist said. “But further examination of the research and consultation with international experts confirmed that a few males can indeed emerge early in the season.”

He said that finding a male this early is a good sign that the traps are working. Spichiger said he expected to see them in October.

Spichiger said the state will attempt to locate the nests that the male came from by trapping a live Asian giant hornet.

He said the way to do that is putting a net into the traps already in existence. If they can capture a hornet live, they will put a radio tag on it to track it back to its nest.

The next step would be to locate those nests, whether through in-person scouting or by tracking the wasps.

There are 467 WSDA traps set, according to Spichiger. He said there are 318 cooperator traps and 1,477 public bottle traps set, mostly in Whatcom and Skagit Counties.

Spichiger said he hopes to have nests located by October, or the likelihood of the wasps spreading and

This is the second Asian giant hornet caught in a state trap. The first was caught July 14. It was identified as an unmated queen.

A total of seven Asian giant hornets have been detected in Washington state - all of them in Whatcom County.

WSDA said residents are most likely to see one of the wasps in August and September.