A stolen Denver Water tractor was driven through the streets of downtown Denver Friday night. 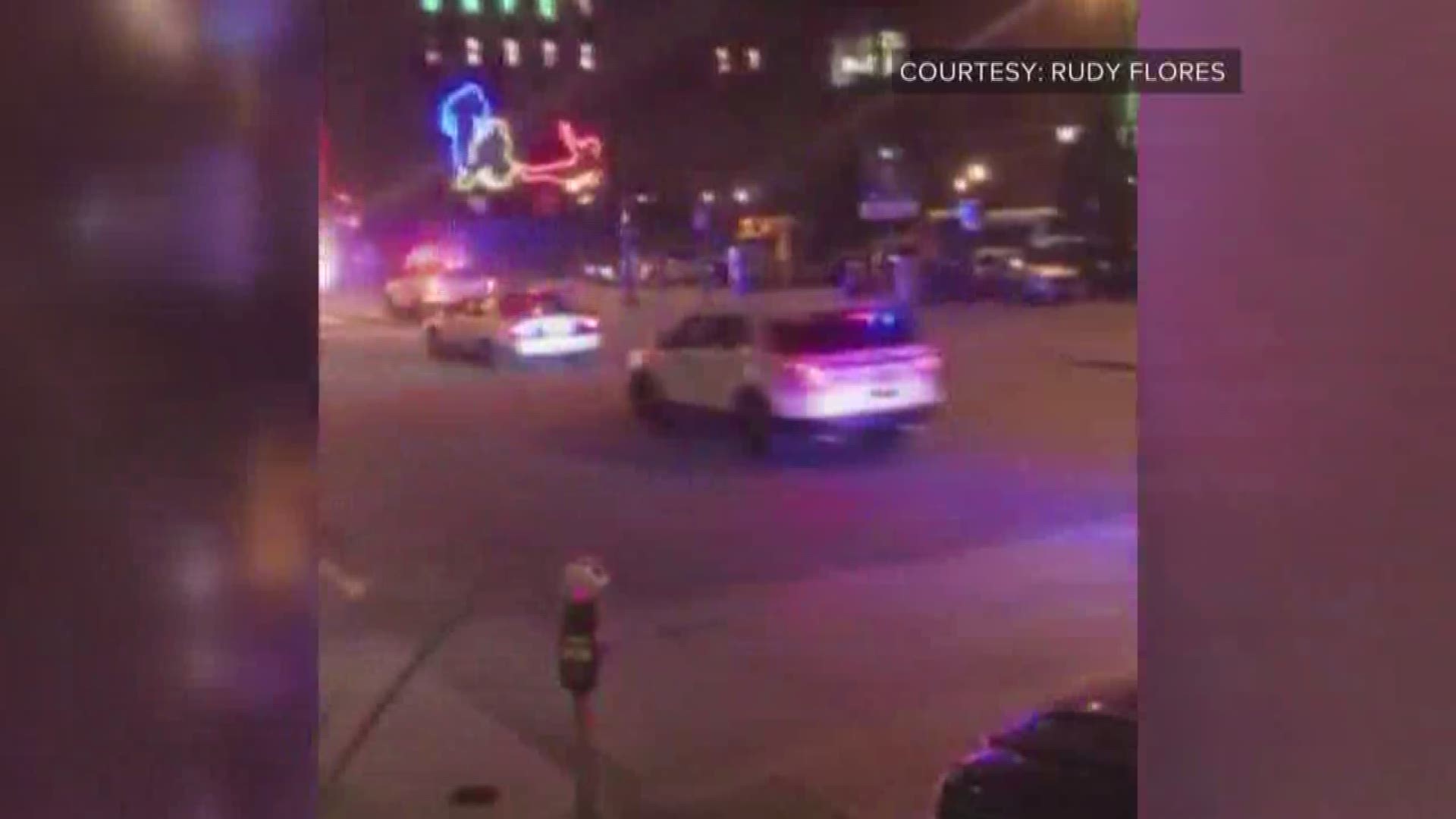 DENVER — Editor’s Note: At the request of Denver Police, 9NEWS has agreed to remove a previous Dept. of Corrections mug shot of Thomas Busch because investigators have yet to complete suspect lineups following Friday night’s pursuit.

Two Denver police officers were taken to the hospital following a pursuit of a stolen tractor that began in the City Park area and ended in downtown Denver Friday night.

"We had a pursuit, it's what we consider a low-speed event," said Denver Police Department spokesperson Tyrone Campbell.

The stolen tractor is believed to have been involved in a crash near City Park just before 8:30 p.m. Friday, Campbell said. The ensuing pursuit lasted around 30 minutes and involved multiple patrol cars and the department's helicopter.

It ended in Lower Downtown Denver at 15th and Market streets as the tractor came close to the busy 16th Street Mall, Campbell said. Officers forcibly stopped the suspect and a rammed police car was seen in the street.

The suspect, identified on Sunday as 37-year-old Thomas Busch, was injured after being apprehended by K9s, according to Campbell. Busch was also hit with a stun gun. He's being held on investigation of theft of a motor vehicle and possibly additional charges, DPD said. 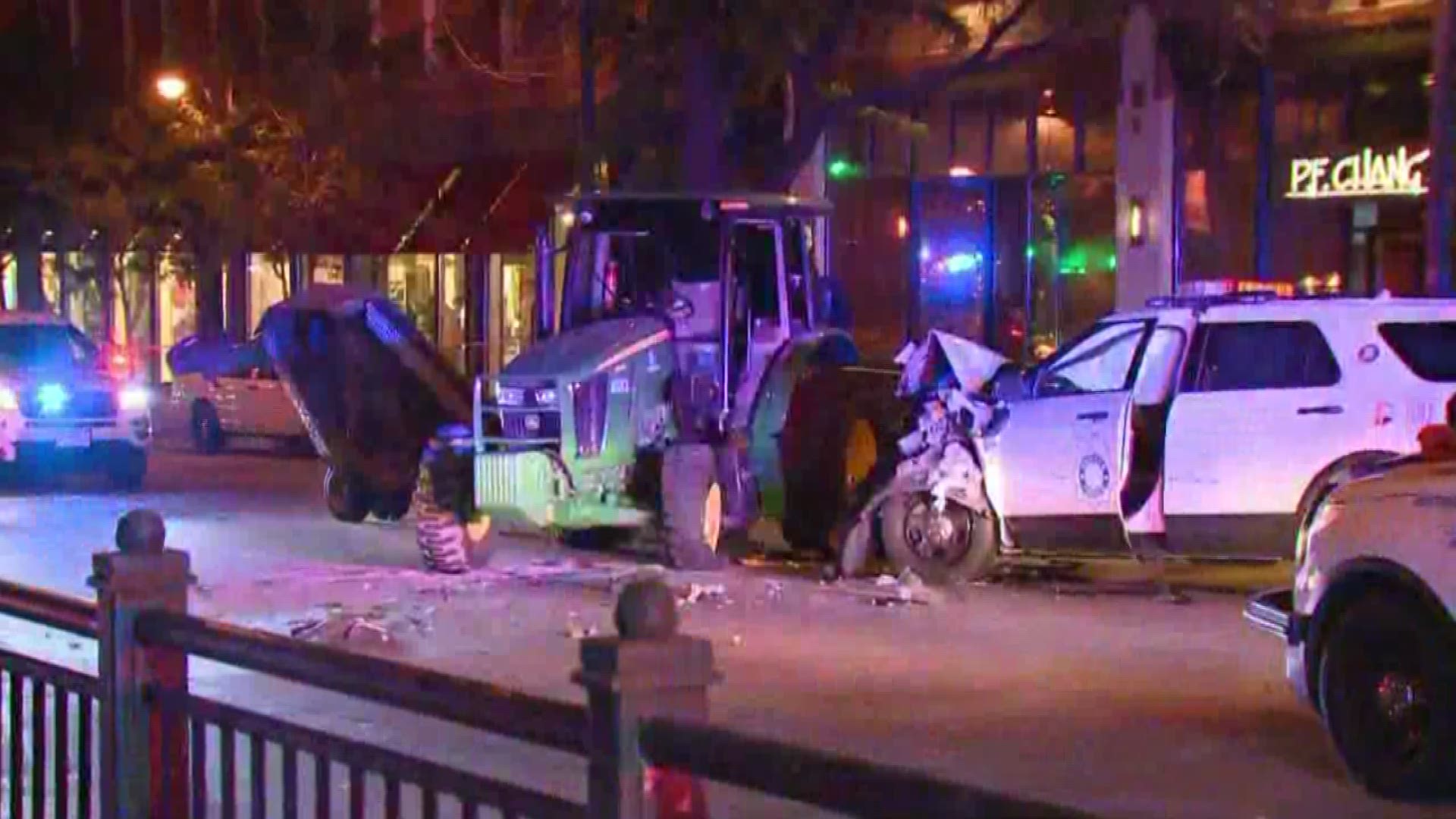 "Denver Water is cooperating with the Denver Police Department regarding their investigation of the stolen tractor Friday night," stated Denver Water in an email to 9NEWS.

It's unclear how severely the officers were injured.

"Up until that point, we had multiple vehicles that had been struck, we had a number of incidents that involved property damage," Campbell said. 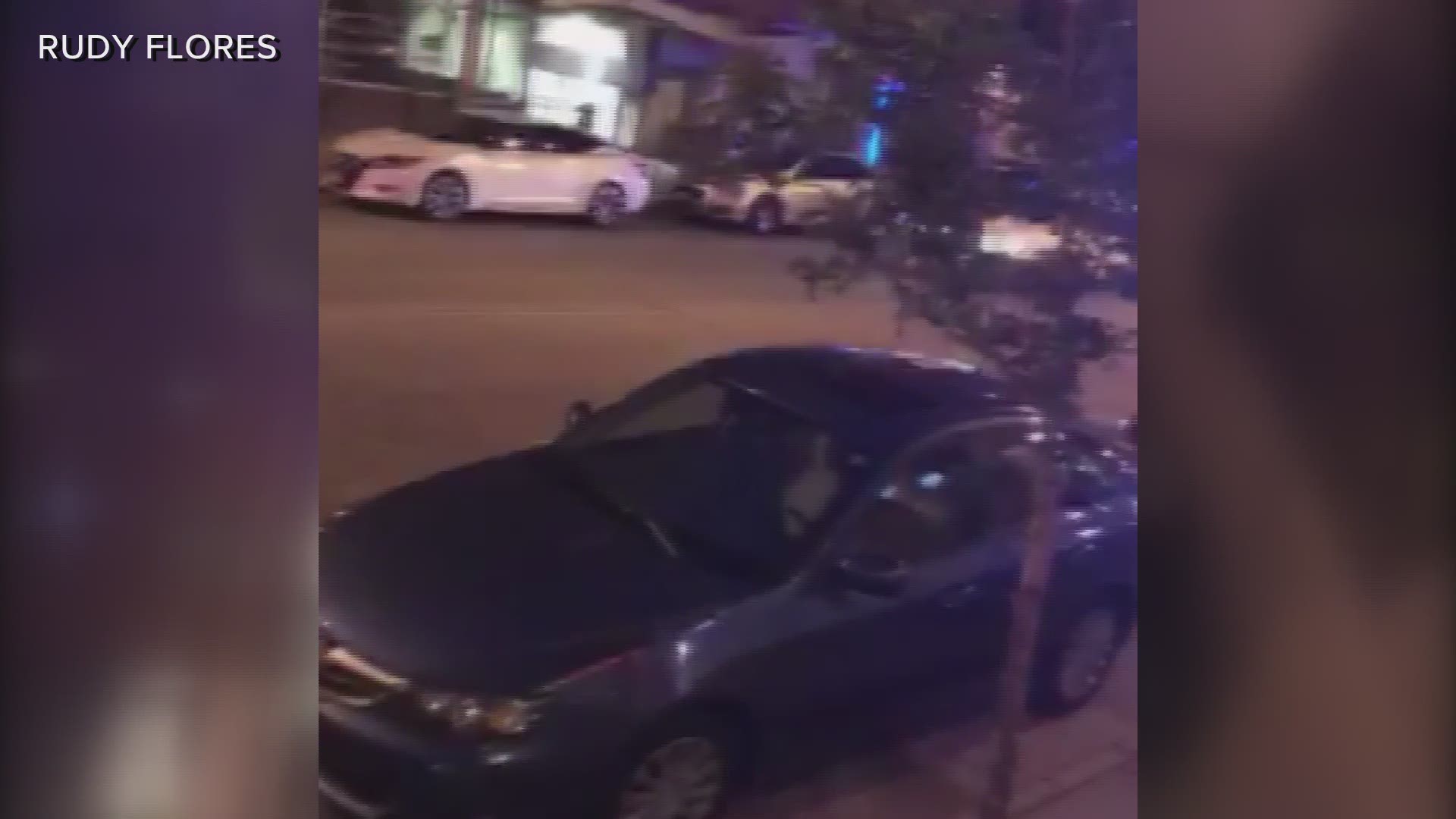 Multiple people saw what happened in downtown Denver on a busy weekend night.

What is up all the cops chasing a tractor throughout LoDo in Denver?

Just watched four cop cars trying to chase down a tractor on the lam in Denver, so that’s my night

Today I realized how different Denver, CO is from Marshfield, MO when about 20 cops were chasing a tractor in downtown Denver.

Just witnessed a police chase in downtown Denver. 20 cops trying to catch a tractor. Made me feel like I was back in Indiana.

If you saw the tractor Friday night, upload your photos to yourtake.9news.com.