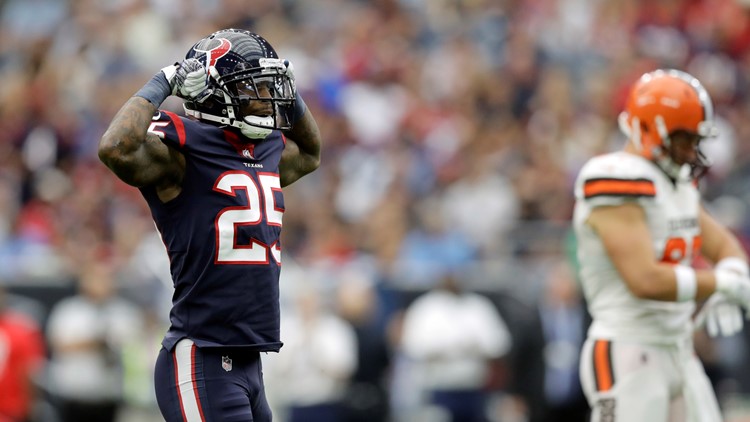 While analyzing the available cornerbacks prior to free agency, Kareem Jackson made sense as a fit for Vic Fangio but there was one gnawing characteristic.

Jackson would be 31 years old before the first OTA.

Cornerback is a young man’s position. There’s a reason why 22-year-old corners become first-round picks – as Jackson was for the Houston Texans in the 2010 draft.

His other present-day qualities matched what Fangio -- the longtime NFL defensive coordinator who is now a first-year Broncos’ head coach -- had been saying in what he likes in his defensive backs. A strong tackler. A good outside zone corner and Fangio plays a lot of zone coverage. Not so much a defensive back but a football player in that he loves to swarm toward the middle of the action.

He fits with Fangio.

“Well, I think he can fit anybody’s defense," Fangio said in an interview with 9News this week. “I particularly like guys that are versatile. And he is that. He can play corner still, he can play safety. He can play the nickel for us. And he is, as you alluded to, an excellent tackler which we really like and really value.

“We too, and I was, aware of his age. But when I was watching the tape I didn’t see a normal 31-year-old player. I saw a guy that is still playing well younger than his years indicate. And there are guys like that. I think he’s one of those rare guys that he’s not going to start showing his age for a little while."

The Broncos gave Jackson a three-year, $33 million contract – the first two years and $23 million fully guaranteed – so they’re also planning on him playing young at 32 and 33 years of age.