Question No. 5 as training camp nears: Can Broncos stay healthy through 17-game schedule? 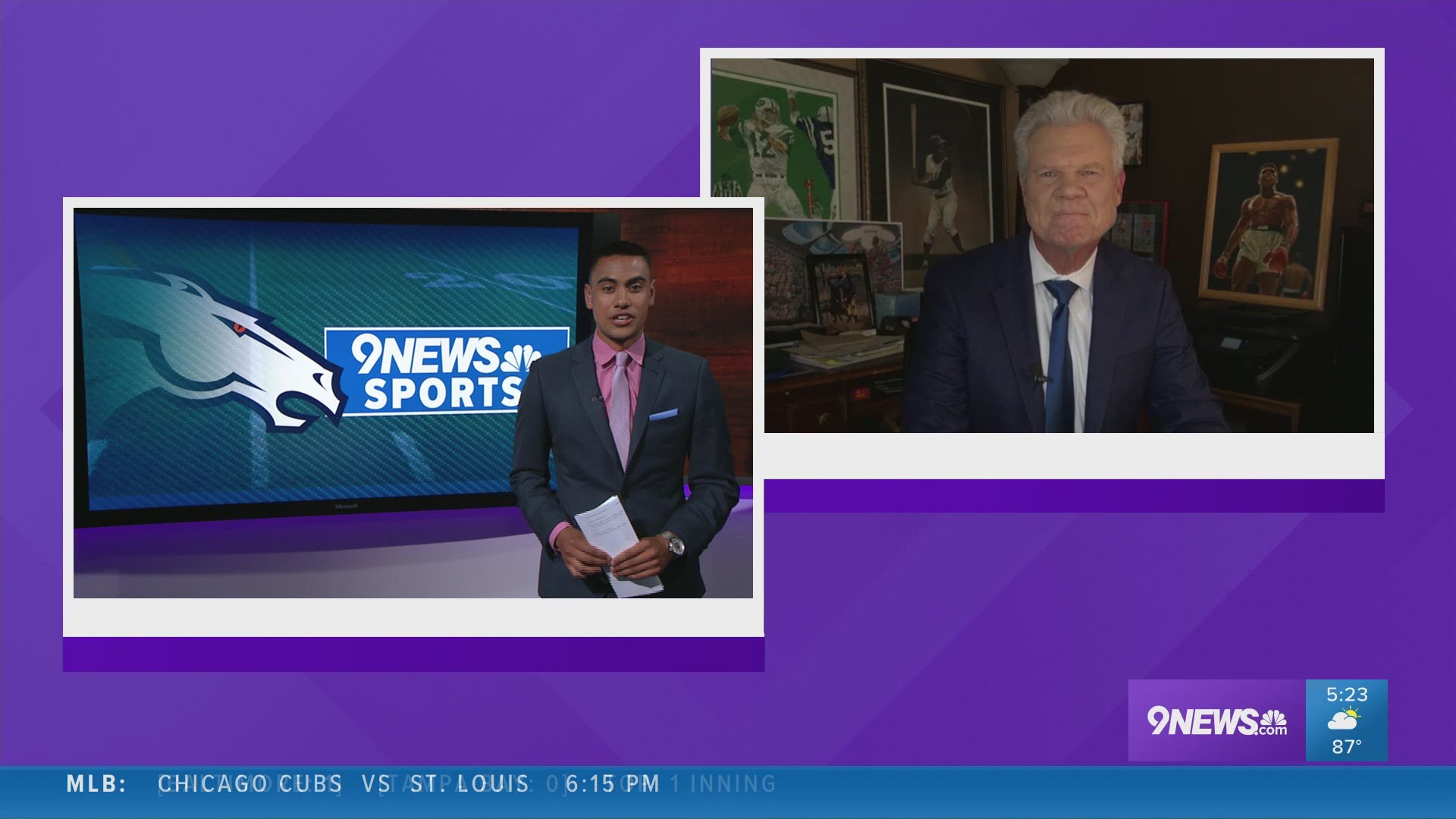 That may sound more like an excuse for head coach Vic Fangio and then-general manager John Elway than fact. But let’s review the facts.

>>Video above: 9NEWS Broncos insider Mike Klis on what to watch for at Denver's 2021 training camp

By halftime of their first game, their top cornerback and second-highest paid defensive player (after Miller), A.J. Bouye, suffered a dislocated shoulder and missed significant time.

In game 2, the Broncos lost their most promising young players on each side of the ball – quarterback Drew Lock to a shoulder injury and defensive lineman Dre’Mont Jones to a knee injury.

No wonder the Broncos started 0-3.

While all but five or six players on the Broncos’ 90-man roster have been fully or partially vaccinated against the virus this offseason, a new challenge confronts the overall health and safety of every NFL player in 2021.

It leads to the next question in the 9NEWS series of 9 questions the Broncos must answer as the players report Tuesday to training camp:

Credit: AP
Denver Broncos cornerback A.J. Bouye (21) leaves the game with an injury during the first half of an NFL football game against the Tennessee Titans, Monday, Sept. 14, 2020, in Denver. (AP Photo/Jack Dempsey)

5. Can the Broncos win the 17-game battle of attrition?

Issue: Among the maxims in all team sports, but especially in football, is that it’s not necessarily the best team that wins the championship each year but the healthiest. Tampa Bay may not have been the best team last year – they were 7-5 at one point and had to play their first three postseason games on the road. But when the Packers lost left tackle Dave Bakhtiari, they became a bad matchup against the Bucs’ strength, which was Shaq Barrett and the pass rush.

Ditto for the Super Bowl where the Chiefs lost both their excellent offensive tackles, Mitchell Schwartz and Eric Fisher, and couldn’t hold the Bucs’ pass rush off Patrick Mahomes II.

It no doubt hurt the Broncos last year that they didn’t have offseason training because of the pandemic and in retrospect, the ramp up period in a shortened training camp was too short. This offseason, Fangio took it easy on his players during OTAs and minicamp, only implementing 11 on 11 team periods for five of the scheduled 13 practices. A more gradual ease-in period through the first week of training camp could be beneficial over a 17-game marathon.

Background: The veteran players, meaning those who played into their second, more lucrative contract, strongly opposed adding one more regular-season game. They had played long enough to know that even with all the safety rules that were implemented in the past 10 years or so, 16 games of collisions were plenty on the body after five or six seasons.

But working backwards, NFL commissioner Roger Goodell and the owners became concerned by the increasingly poor product that was the four-game preseason. The league’s pooh-bahs wanted an 18-game regular season/two preseason schedule format and wound up with the 17-3 compromise – only after enough rank-and-file players (rookies through year four of service time) approved the new collective bargaining agreement by a narrow margin of 1,019 to 959.

Resolution: I’m not advocating Broncos head coach Vic Fangio take the Gregg Popovich approach and alternate resting his older players for a game. An added 17th game still makes every week a big game in the NFL, as compared to the 82-game NBA.

But with the league unable to figure out how to give teams a second bye week, Fangio should monitor the snaps of vets like Von Miller, Courtland Sutton, Bradley Chubb, Kareem Jackson – even newly signed cornerbacks Ronald Darby and Kyle Fuller.

It won’t be easy giving safety Justin Simmons some snaps off. Simmons has longest active defensive player streak as he’s played all 3,211 snaps the past 48 games since the 2018 opener.