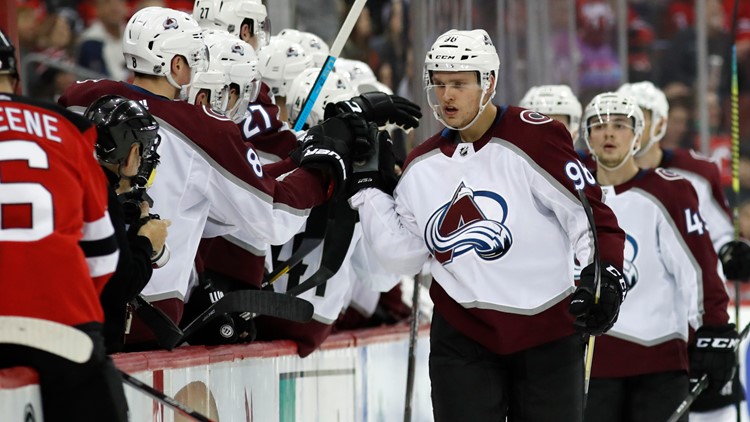 Photo by: AP Photo/Kathy Willens
Teammates congratulate Colorado Avalanche right wing Mikko Rantanen (96,) of Finland, after he scored a goal during the second period of the team's NHL hockey game against the New Jersey Devils, Saturday, Jan. 4, 2020, in Newark, N.J.

Ian Cole and Pierre-Edouard Bellemare each had a goal and an assist for Colorado.

Philipp Grubauer made 28 saves in posting his fourth win over the Devils in four tries. The hat trick was Rantanen's second. He had one against Montreal on Feb. 7, 2017.

Blake Coleman and Jesper Boqvist scored in the third period for the Devils, who ended a season-best three-game winning streak. Mackenzie Blackwood made 29 saves.