The spacecraft is set to make a 12-year journey to the Trojan Asteroids, the oldest objects in the solar system. 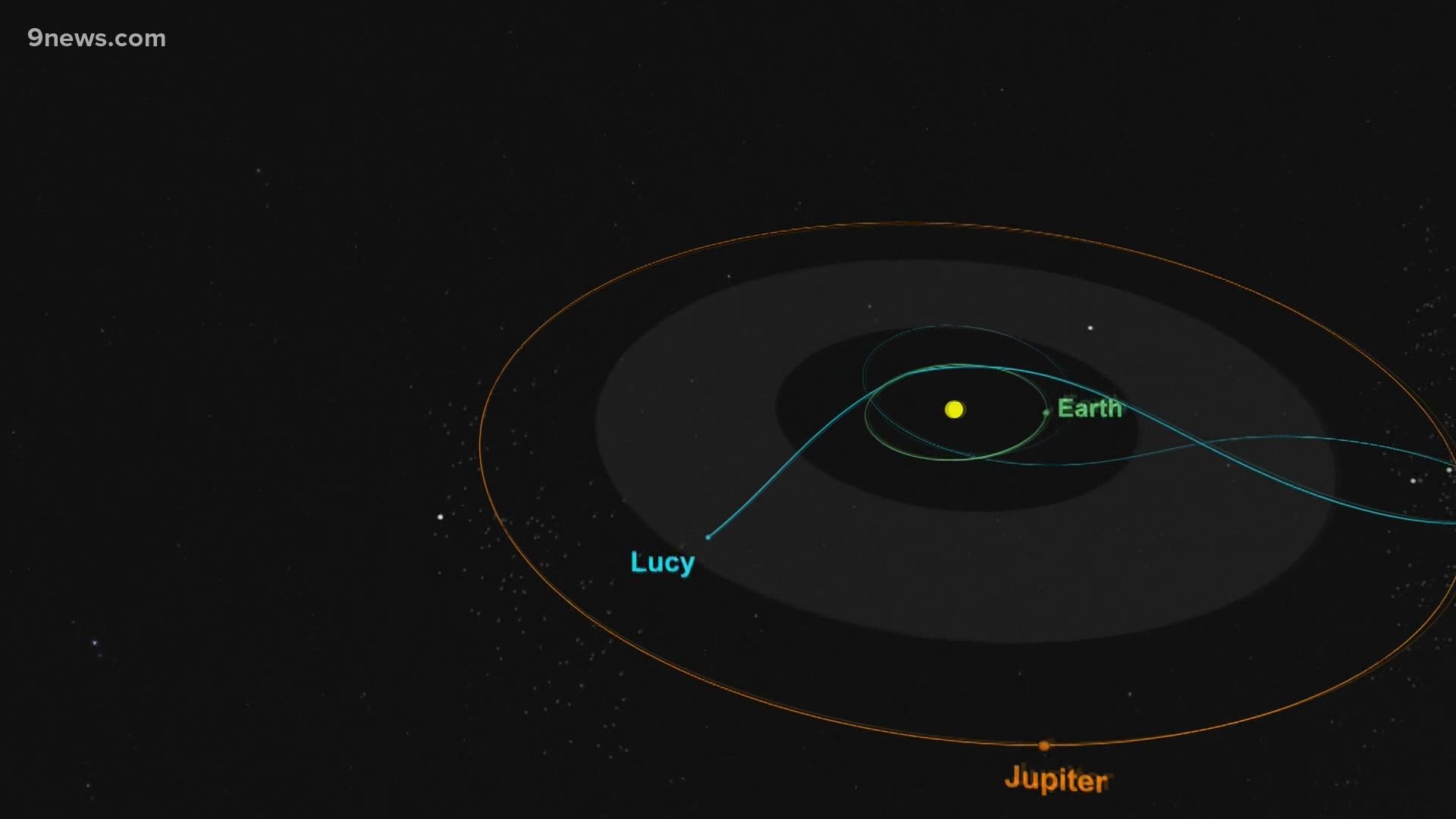 LITTLETON, Colo. — Scientists think the Trojan Asteroids near Jupiter are perfectly preserved time capsules from the creation of the solar system, and a NASA mission to explore those asteroids is one step closer to reality.

Lockheed Martin workers have finished building the spacecraft they call Lucy at their campus in Littleton. Its 12-year journey to explore the Trojan Asteroids will start this fall. The first opportunity to launch will be Oct. 16, and the window will stay open for three weeks.

The asteroids orbit Jupiter, and the gravity-pull of the giant planet has protected them from the harsh environment of deep space, scientists said.

“That gives the scientists the idea that they’ve been there for a very long time, and they’ve come from different areas as the solar system was being created,” said Rich Lipe, manager for the Lucy project.

NASA’s #LucyMission will be the first mission to study the Trojans, a group of asteroids that share Jupiter’s orbit around the Sun.

Lipe said the asteroids are likely the oldest objects in our solar system – about four and a half billion years old.

They’re often referred to as the fossils of the solar system, which explained why scientists named the spacecraft Lucy.

The famous Lucy skeleton discovered in Ethiopia in 1974 was thought to be evidence of the earliest humans to walk the Earth, about 3 million years ago. The team of archaeologists that found the fossil named it Lucy, after the Beatles song "Lucy in the Sky with Diamonds," which was played often and loudly at the dig site.

From creation, to evolution, to revolution, and back again. The Lucy Timeline. #9wx @LockheedMartin pic.twitter.com/K4AiahW8lz

Lucy’s course will be one of the most complicated in the history of space exploration. It will need three loops around the Earth, using the planet’s gravity as propulsion, and will visit eight destinations.

After its launch, it will loop out into space and then swing back toward Earth for its first fly-by about one year later, in October 2022. The gravity assist will propel Lucy out farther for another loop.

The second loop will take about two years. Lucy will make its second fly-by of Earth in December 2024. That gravity assist should give the spacecraft sufficient momentum to make its first leg of the mission.

Lucy will encounter its first asteroid on Apr. 20, 2025, but it won't be one of the Trojan Asteroids. It will be an asteroid called Donaldjohansen, in the main asteroid belt.

Donald Johansen was one of the archaeologists that discovered the Lucy skeleton on Nov. 24, 1974. He was present at a ceremony Friday at the Lockheed Martin complex in Colorado at which scientists dedicated a plaque that included some of his words of wisdom.

Lucy's first encounter with one of the Trojan Asteroids will be on Apr. 12, 2027, when it makes it to Eurybates and its newly discovered satellite Queta.

Then it will visit three more Trojan asteroids over the next 15 months before it swings back by Earth for another gravity assist on Christmas Day 2030.

That momentum will carry Lucy to its last five asteroids with binary pair Patroclus and Menoetius, ending the mission on Mar. 2, 2033.

Lipe said that Lucy will not return home after the mission. It will remain in that final orbit for what could be millions of years. That was why they decided to put messages and recordings from Earth on its payload.

RELATED: NASA touches down on asteroid the size of the Empire State Building in historic mission

RELATED: Mysterious space object in our solar system believed to be piece of nitrogen-covered planet 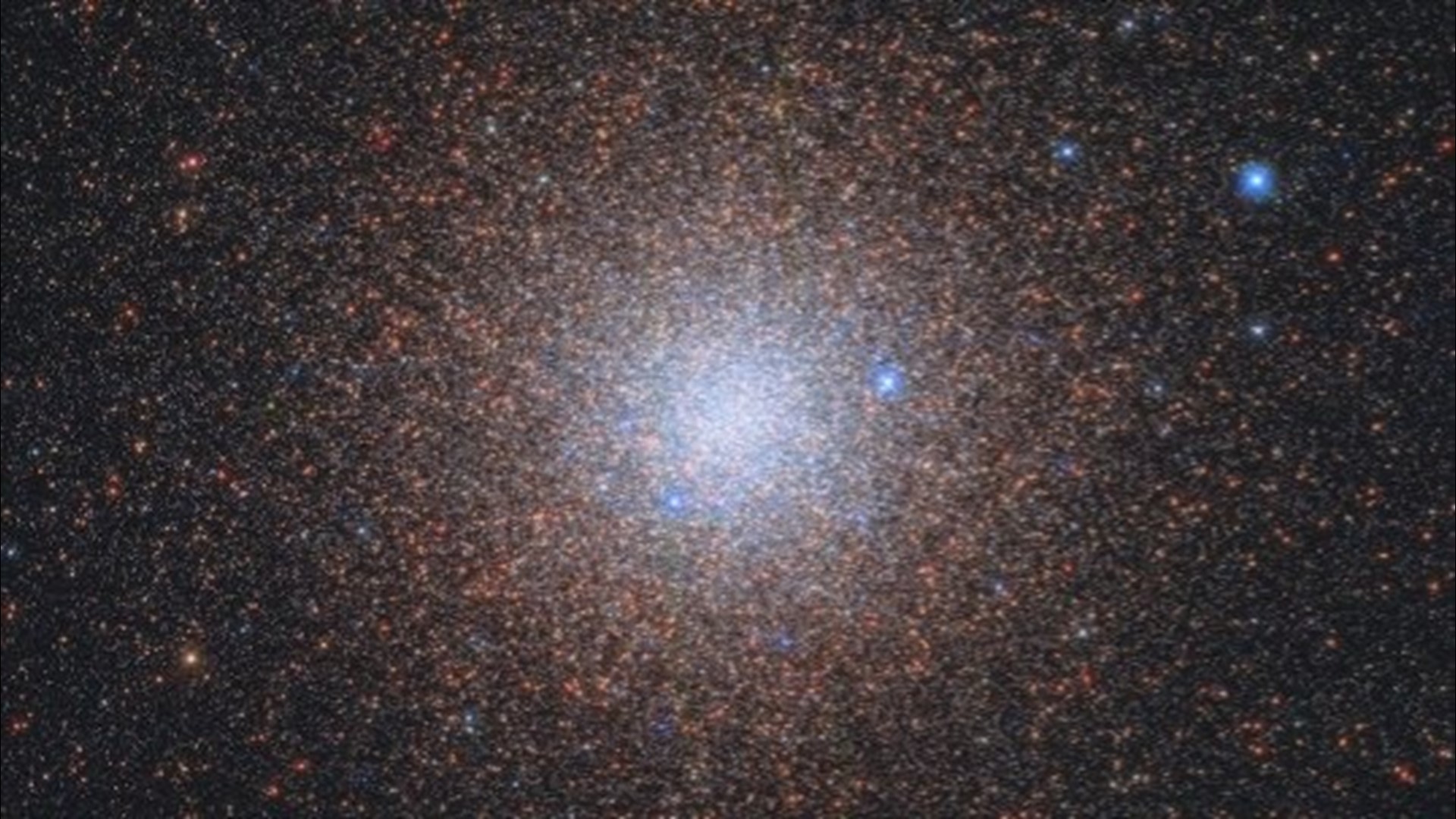 Check Out These Amazing 'Stellar Snowflakes'