The crash happened at around 7:25 a.m. Thursday near Seibert, Colorado. 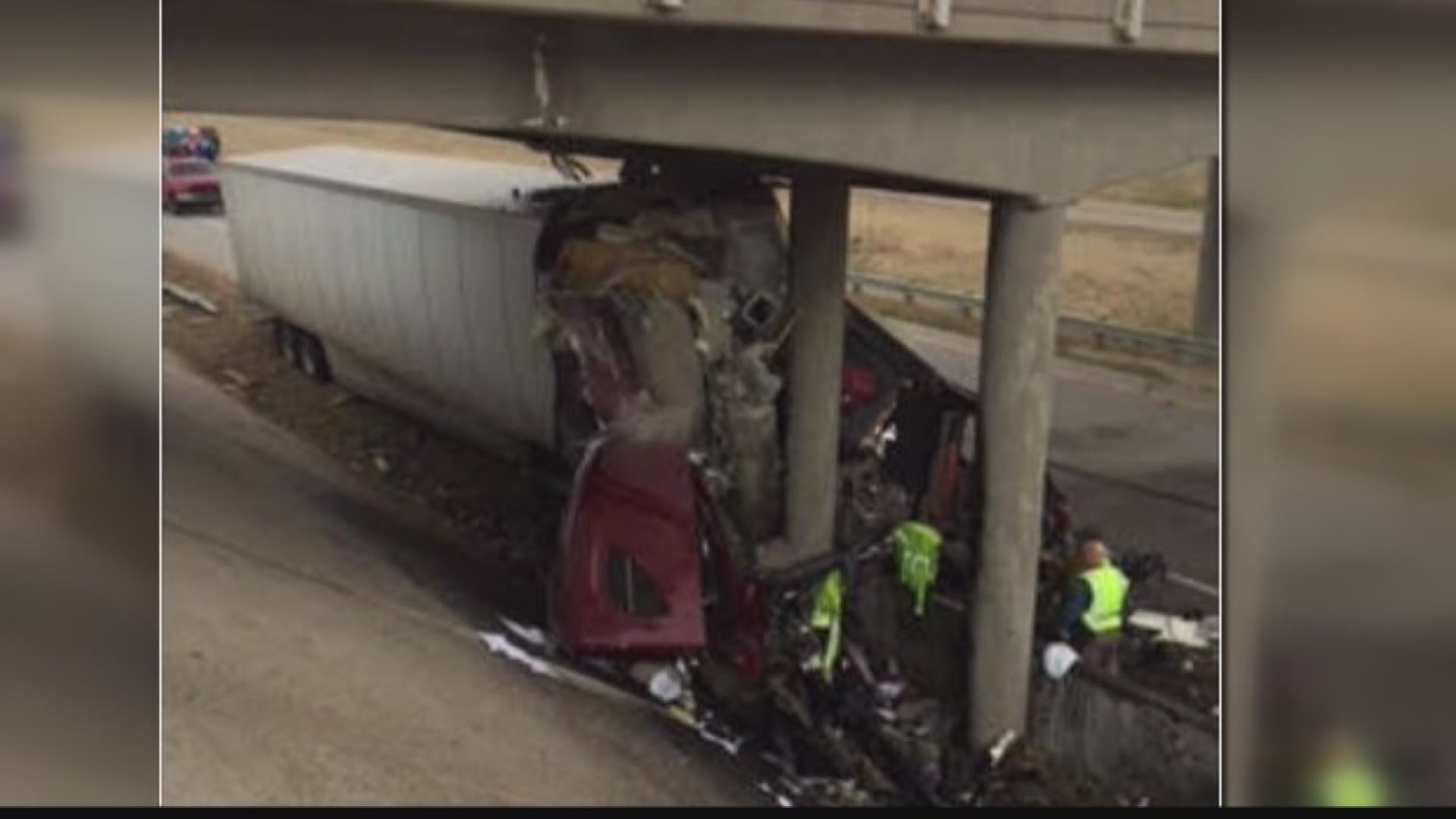 KUSA — A man and a woman were killed after a semi-truck that was headed east on Interstate 70 collided with a bridge in Kit Carson County early Thursday morning.

The crash happened at around 7:25 a.m. at the CO 59 bridge at mile marker 405, which is near Seibert, according to Colorado State Patrol Trooper Gary Cutler.

Both CO 59 and I-70 were closed as crews worked to inspect and repair the bridge. Westbound I-70 has since reopened, but drivers headed eastbound were being detoured onto CO 24 as of around 4:30 p.m.

Cutler says the both 47-year-old woman driving the semi-truck and her passenger, a 33-year-old man, died at the hospital. They have not yet been identified by name.

The cause of the crash remains under investigation.