RTD will clean the shuttles daily and is asking riders to show good judgment on social distancing when boarding, a spokesperson said. 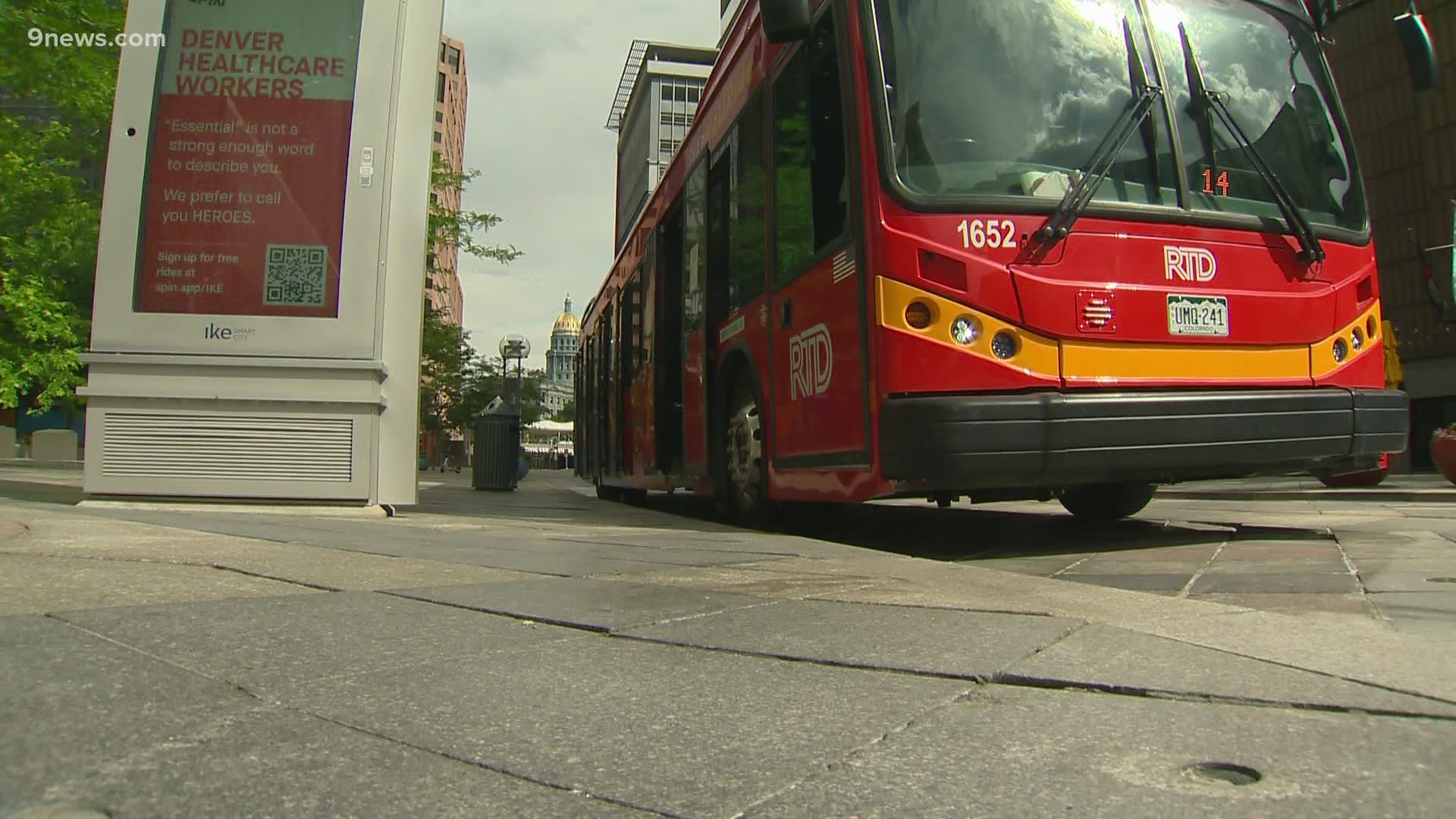 DENVER — RTD restarted its Free MallRide shuttle service on the 16th Street Mall on Sunday, after the service was suspended in April due to low ridership from the coronavirus pandemic.

The shuttle service runs the full length of the 16th Street Mall, from Civic Center to Union Station. The MallRide shuttles operated for staff training last week in preparation for resumption of service this weekend, according to a press release Monday.

RTD said the shuttles will be cleaned daily and operators will be required to wear face coverings.

Passengers are asked to wear a face-covering and practice social distancing aboard the shuttles.  Marta Sipeki, senior manager of public relations and engagement, said RTD is relying on passengers to show good judgment on whether it's safe to board a bus or wait for a later one.

The number of passengers in downtown has dropped since the pandemic began, Sipeki said.

“Pre-pandemic we were carrying about 350,000 per weekday," she said. "Since the pandemic hit and the stay-at-home orders went into place, our ridership dropped about 70%.”

Results from a survey RTD conducted last month showed many people are not ready to ride public transportation.

“People felt more apprehensive getting on transit than they did with some of the other activities such as going to the grocery store, going to the pharmacy, doing activities outside like exercising, visiting with friends and family," Sipeki said.

RTD conducts 120,000 trips each weekday and has added back service on some popular routes to allow for more social distancing, according to the release.

"RTD is a key partner to revising the region as it begins to reopen," said Paul Ballard, RTD CEO and general manager, in the release. "We are not only a life line to many, but an economic driver connecting people to the places they want and need to go."

In addition to reopening the mall shuttle, RTD will hand out face coverings and sanitizer to customers at the following times and locations:

RELATED: RTD trains to ‘Sound the Horn’ Thursday in honor of transit workers