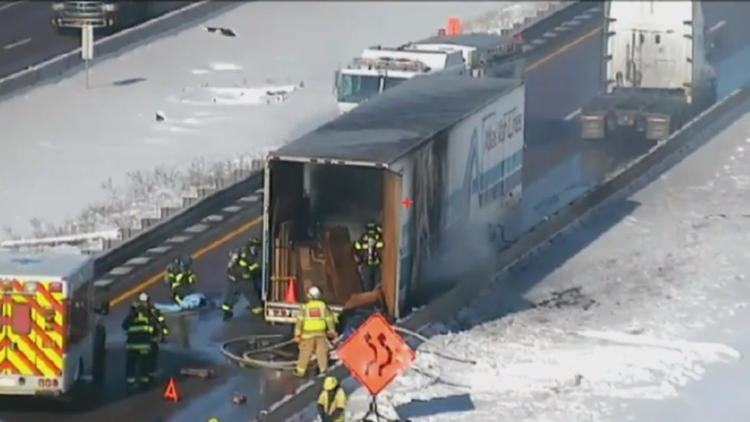 Billowing smoke was seen from the semi-truck before crews extinguished the flames just after 9:30 a.m. Tuesday.

The incident happened near the Greenland exit, but all traffic northbound traffic was being forced to exit south of that at County Line. The highway finally reopened just before noon, according to the Colorado Department of Transportation (CDOT).

RELATED: Snow totals: Here’s how much fell during our latest winter storm